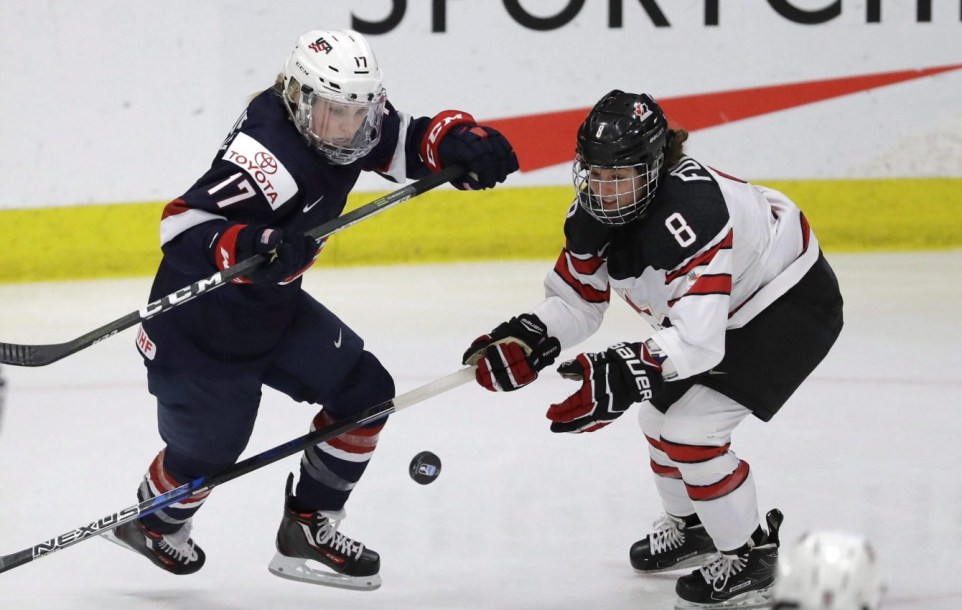 Laura Fortino has been wearing the maple leaf in international competitions since 2008. That year she won the first of two straight silver medals at the IIHF U-18 Women’s World Championships. After several appearances with the national under-22 team, Fortino debut with the National Women’s Team in 2011, which included a silver medal at the Four Nations Cup. She would make her world championship debut in 2012 as part of the gold medal-winning squad and returned to win world championship silver in 2013.

She made her Olympic debut at Sochi 2014, where she assisted on Marie-Philip Poulin’s overtime winner that gave Canada its fourth straight gold medal in women’s hockey. She then helped Canada win three straight silver medals at the world championships in 2015, 2016 and 2017 before winning Olympic silver at PyeongChang 2018. She was Canada’s top-scoring defenceman at the 2016 Worlds with one goal and two assists.

Fortino played her collegiate hockey at Cornell University. During her freshman season in 2009-10 she led all NCAA defencemen in scoring and helped her team reach the national championship game before losing in triple overtime. Over each of the next two seasons, Fortino and Cornell would return to the NCAA Frozen Four while she was named a First Team All-American and a top-10 finalist for the Patty Kazmaier Award as the top female player in NCAA hockey. Fortino was selected first overall in the 2014 CWHL Draft by the Brampton Thunder and played in the inaugural CWHL All-Star Game as a rookie.  In 2015-16 she was named CWHL Defenceman of the Year and was a finalist for the CWHL MVP Award after leading the league’s defencemen in scoring.

A little more about Laura

Getting into the Sport: Started playing hockey at age three… Her two older brothers played and got her involved… Outside Interests: Enjoys watching TV shows, movies and reading books… Plays piano… Graduated from Cornell University in 2013 with a degree in nutritional sciences… Odds and Ends: Favourite Olympic memory is watching the men’s and women’s hockey teams win gold at home at Vancouver 2010… Always travels with a small Bible because she strongly believes in her faith…