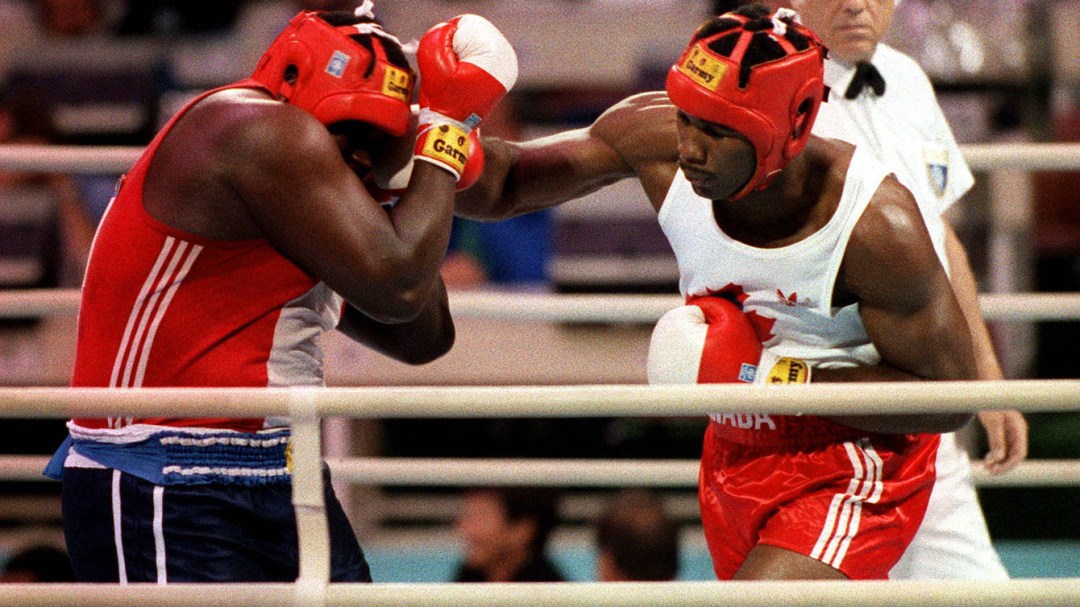 Lennox Lewis may have been born in England, but he enjoyed his greatest amateur success while representing Canada. Developing an early interest in the sport, as a teenager he found it very difficult to compete against those his age, due to both his size and talent. By 1983, Lewis became the world amateur junior champion and not long thereafter, the Canadian super heavyweight title holder.

Shortly after winning Olympic gold for Canada, he would become a professional boxer. He slowly progressed up the rankings and was a beloved world boxing Council heavyweight champion in 1992, a title he defended three times. He regained the title in 1997 and was the title holder again when he retired in 2004. Lewis was inducted to Canada’s Sports Hall of Fame in 2008.

Canada’s Horace “Lefty” Gwynne won boxing’s 54kg bantamweight division at the 1932 Olympic Games in Los Angeles. It was the…