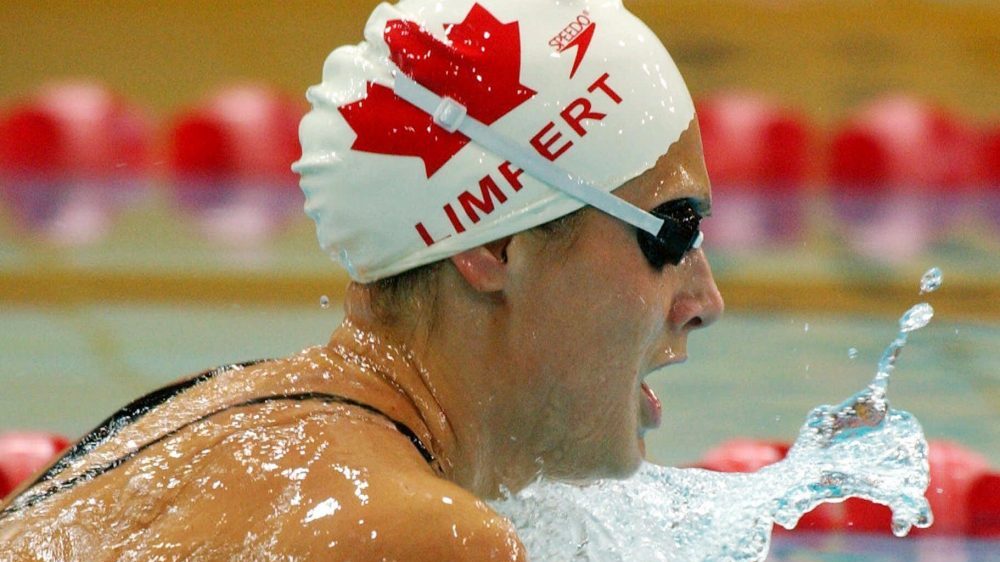 The start of Marianne Limpert’s 15-year career as a member of the Canadian national team was in 1990 with her first major international event at Barcelona 1992, making the final in both her races (200m individual medley, 4x100m freestyle relay). The 200m individual medley was Limpert’s only individual event at Atlanta 1996, the other’s being the relays. She had an outstanding swim to win the silver medal in her speciality, beaten by Ireland’s Michelle Smith who later received a four-year ban for tampering with a drug test urine sample. As soon as Limpert received her medal from Prince Albert of Monaco, she presented it to her father, a German-born boxer who was unable to compete for Canada because of his citizenship. At Sydney 2000, Limpert just missed the podium in the 200m individual medley by 0.12 seconds and made the finals in all three relays. At the age of 31, Limpert attempted to become the first Canadian to swim in four Olympic Games but fell short of that goal for Athens 2004.

During her 15-year career, Limpert represented Canada in more than 100 international competitions winning over 80 international medals. At the World Championships, Limpert captured a full set of medals – one gold in 1995 (4x200m freestyle), and in 2000 one silver (100m medley) and one bronze (200m individual medley). Limpert is a nine-time medalist at three Commonwealth Games (1994, 1998, 2002) winning one gold, one silver and seven bronze medals. The bulk of those Commonwealth Games medals were won in front of a partisan Canadian crowd in 1994 in Victoria where she won five medals (one silver, four bronze). At the 1998 Commonwealth Games, Limpert was the Canadian flag bearer in the Opening Ceremony where she won two medals (200m individual medley gold, 4x100m freestyle relay bronze). At the Pan American Games, Limpert won a total of nine medals (two gold, five silver, two bronze) over two editions (1995, 1999). Once again, in front of a Canadian crowd, Limpert won two gold and two bronze medals in 1999 in Winnipeg.

Limpert grew up in Fredericton, New Brunswick graduating from Fredericton High School. Based in Vancouver during most of her swimming career, Limpert swam for the Pacific Dolphins Swim Club under the direction of national team coach Tom Johnson. After graduating from the University of British Columbia in 2002, Limpert retired from competitive sport in 2005. She stayed involved in swimming in her hometown of Fredericton as a member of the Board of Directors of Sport New Brunswick, Swim New Brunswick, volunteered at the Fredericton SPCA and worked as the Program Promotions Coordinator at New Brunswick Power Corporation. She was also a member of the CBC Sports television broadcast team at Beijing 2008. The Marianne Limpert Team Championship swim meet is held annually in Edmundston. 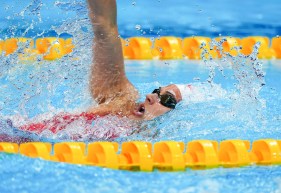 A three-time Olympic bronze medalist, Curtis Myden was one of Canada's best swimmers in the 1990s. After winning two individual…