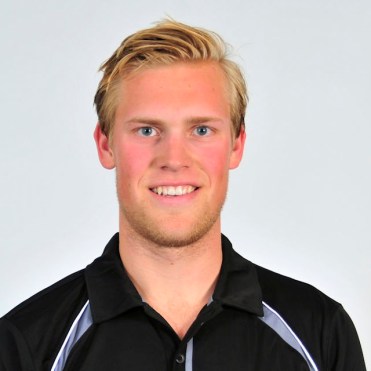 Martin Barakso decided to start rowing one month after watching the men’s eight win gold at Beijing 2008. The victory had sparked a dream of competing for Canada. The youngest member of the Canadian rowing team at TORONTO 2015, Barakso is coming off a gold medal performance with the coxed four at the 2014 World U23 Championships where they beat a strong New Zealand crew in the heat and final. He had previously competed at the 2010 and 2011 World Junior Championships in the quad sculls. Barakso rows collegiately for Princeton. In two years with the Tigers he has two fourth place finishes at the Intercollegiate Rowing Championships, both with the men’s eight.

Family: Parents John and Kim… Younger sisters Carolyn and Ava… Getting into the Sport: Started rowing at age 13… Had previously tried a lot of sports but didn’t love any of them; was tall and loved the water so he signed up with the local club in Nanaimo… He remembers flipping the boat a lot in his first month…Outside Interests: Completed third year at Princeton University, studying History… Would like to work in finance or commercial real estate… Enjoys reading and watching his favourite TV shows… Odds and Ends: Favourite motto: “Pride, power, passion, execute”… Role model is Malcolm Howard because they attended the same high school and he won Olympic gold as well as the Oxford-Cambridge Boat Race, two things he hopes to accomplish…