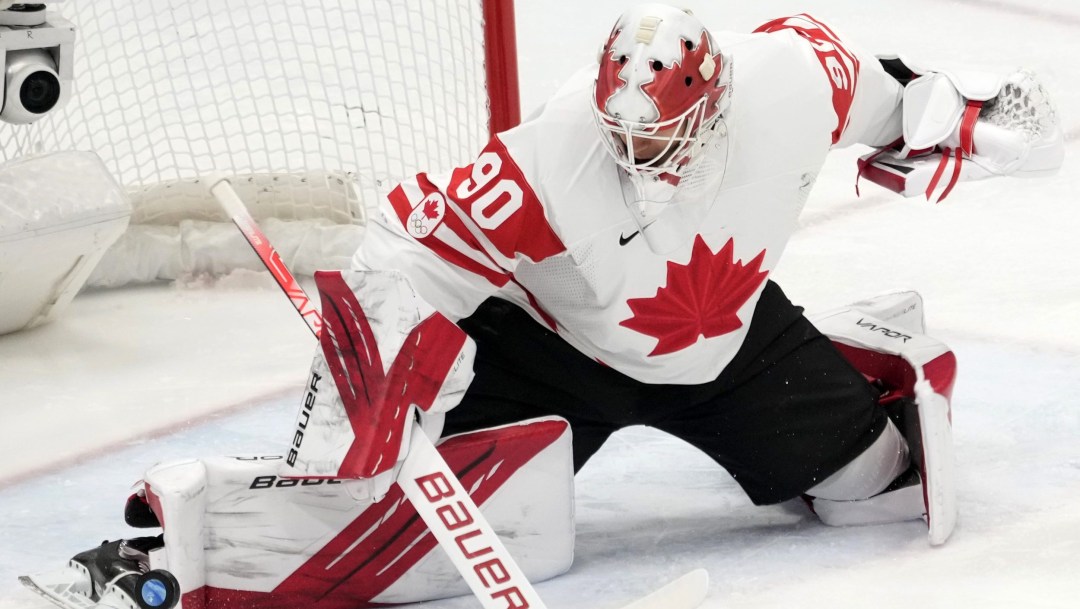 Matt Tomkins made his Olympic debut at Beijing 2022 where he was in goal for three of Canada’s five games, recording two wins and one loss. He had one shutout victory to help him post a 1.01 goals against average and 96.25 save percentage.

Tomkins previously played for Team Canada at the 2019 Spengler Cup where he appeared in one game, earning the win, as Canada went on to win gold.

Tomkins played junior hockey in the AJHL with the Sherwood Park Crusaders before spending four seasons in the NCAA with Ohio State University.

Tomkins, who had been selected in the 7th round, 199th overall, by Chicago in the 2012 NHL Draft, joined the Blackhawks’ AHL affiliate in Rockford after his collegiate career. He’d spend four years split between the AHL and ECHL’s Indy Fuel before heading overseas after 2021.

He joined Frolunda HC of the Swedish Hockey League for 2021-22 helped them reached the 2022 Champions League semifinal. 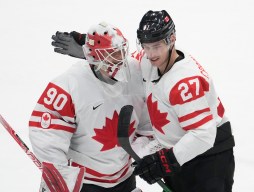 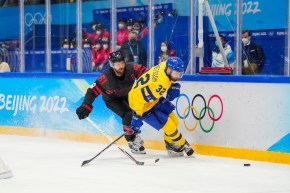