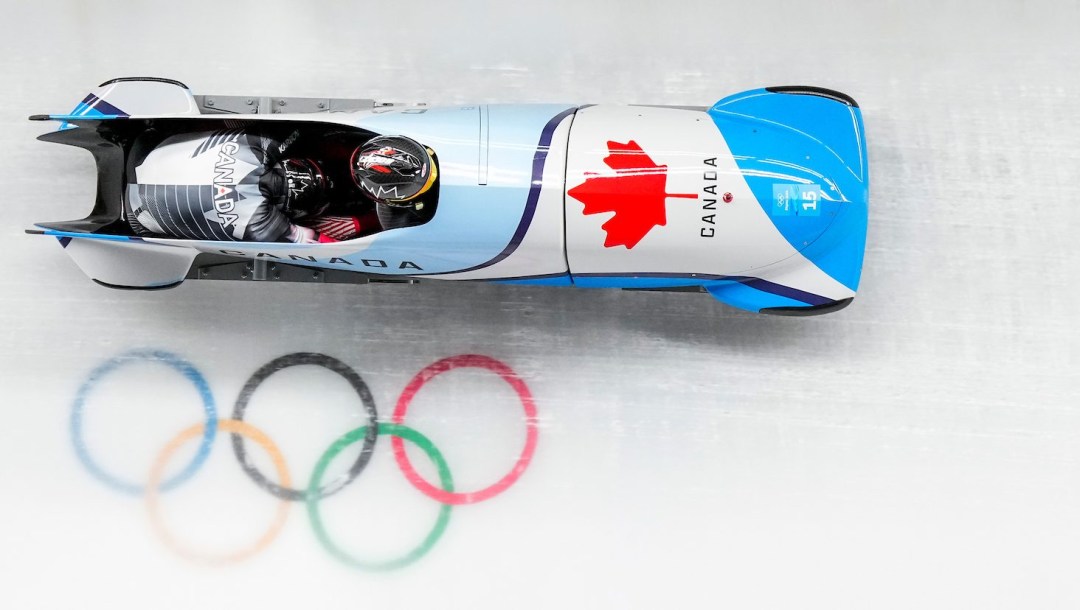 Mike Evelyn made his Olympic debut at Beijing 2022 where he finished in the top 10 in both the two-man and four-man events with pilot Christopher Spring. Their seventh-place finish in the two-man ranked them as the top Canadian sled in the event.

Evelyn began his international bobsleigh career during the 2019-20 season on the North American Cup circuit. He earned his first podium and first victory in a four-man race in Park City in December in a sled piloted by Taylor Austin.

Evelyn made his IBSF World Cup debut in January 2021 as the Canadian bobsleigh team travelled to Europe for just the second half of the 2020-21 season because of the COVID-19 pandemic. He competed in three two-man and three four-man races with Spring, recording two top-10 finishes. At his first IBSF World Championships in 2021, he finished ninth in the two-man with Spring, ranking them as the top Canadians in the event.

During the 2021-22 season, Evelyn came close to his first World Cup medals as he and Spring finished fourth in a pair of races in Altenberg in December.

Prior to beginning his bobsleigh career, Evelyn played collegiate hockey for Dalhousie University. Over five seasons and 127 games with the Tigers, he collected 22 goals and 14 assists to go along with 182 penalty minutes.

Getting into the Sport: Recruited by Bobsleigh Canada Skeleton after attending a 2018 RBC Training Ground regional final… Said he would like to do skeleton but was told he was too big and would be better for bobsleigh… Outside Interests: Graduated from Dalhousie University in 2019 with a degree in Electrical Engineering… Works at Lockheed Martin Canada as an Electrical Systems Engineer… Enjoys hiking, chess, boardgames, sushi, milkshakes… Odds and Ends: Favourite quote: “It’s better to be at the bottom of ladder you want to climb then halfway up one you don’t”…