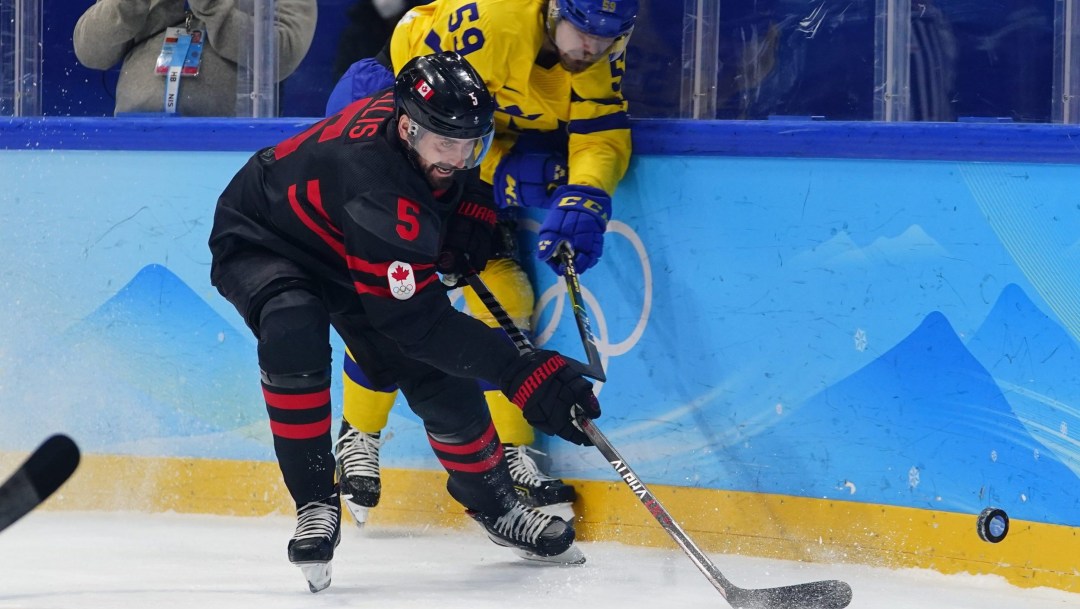 Morgan Ellis twice played for Canada Atlantic at the World U-17 Hockey Challenge in 2008 and 2009, netting two points during the later tournament. His next appearance with the national team came at the 2021 Channel One Cup, where he registered one assist as Canada finished third. He went on to make his Olympic debut at Beijing 2022.

Ellis played junior hockey for Cape Breton in the QMJHL and was team captain in 2010-11 and 2011-12. At the 2012 trade deadline he was dealt to the Shawinigan Cataractes, helping lead them to the Memorial Cup championship. That season he won the Kevin Lowe Trophy as the QMJHL’s Best Defensive Defenseman, was named a second-team all-star, and served as an assistant captain for the QMJHL All-Stars in the CHL Canada/Russia Super Series.

Ellis was selected in the fourth round, 117th overall, by Montreal in the 2010 NHL Draft. Upon turning pro in 2012-13, he joined their AHL club in Hamilton. He played there for three years, splitting the 2014-15 season in the ECHL with the Wheeling Nailers. In 2016 he made his NHL debut with the Canadiens, appearing in three games. He spent the majority of the season in the AHL with Montreal’s new affiliate in St. John’s.

Ellis signed with St. Louis during the off-season and was named assistant captain of their AHL team in Chicago in 2016-17. From there, Ellis continued his career overseas, first in Sweden in 2017-18 with Skellefteå AIK and then Färjestad BK. He played with German team Kölner Haie in 2018-19 and led the DEL in goals by a defenseman. He played with HK Sochi in the KHL in 2019-20 and began 2020-21 with Latvian KHL club Dinamo Riga before moving back to Germany and joining ERC Ingolstadt. In 2021-22 he joined Eisbaren Berlin and made his Champions League debut.

Mark Barberio represented Canada internationally for the first time at Beijing 2022. Barberio played most of his junior hockey with...