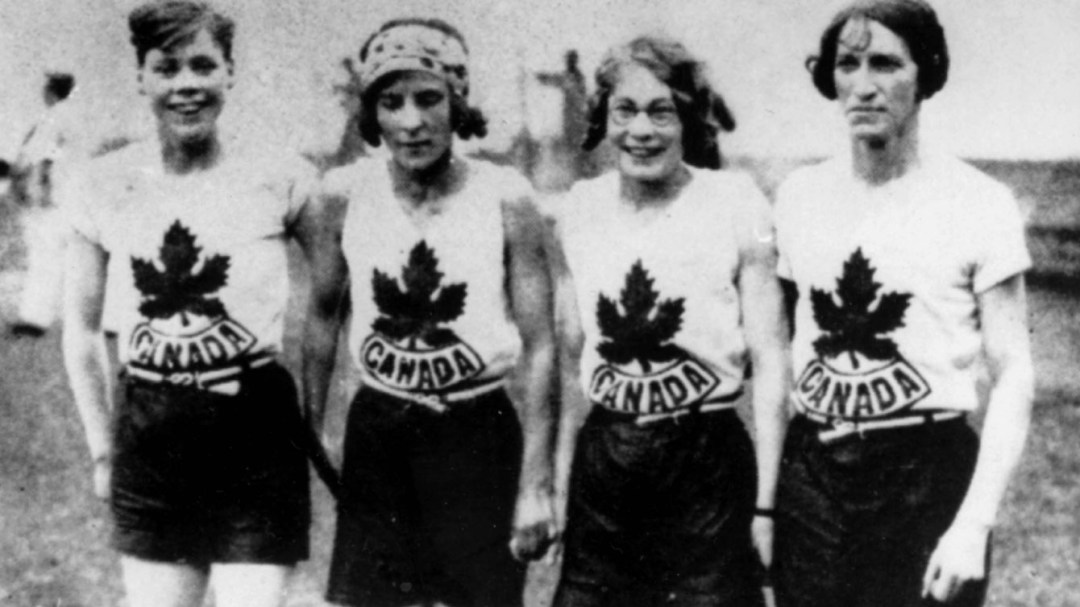 After the Canadian team false started in the women’s 4x100m relay final at Amsterdam 1928, the Americans led for the first half of the race once off clean. But by the time anchor leg runner Myrtle Cook took the baton from Jane Bell, she had a three yard lead and brought it home for the Olympic gold medal. Having set a world record of 12.0 seconds in the 100m at the Olympic Trials in Halifax, Cook was favoured to win the Olympic title at Amsterdam 1928. But after two false starts in the 100m final, Cook was disqualified and cried by the side of the track for half an hour.

Cook was one of six women on Canada’s first women’s track team called the “Matchless Six” by the media at Amsterdam 1928. The group had a heroes’ welcome when they returned to Canada, with ticker-tape parades in Toronto and Montréal and close to 200,000 people met them at Union Station in Toronto with another 100,000 along the parade route.

A quiet and shy child, Cook was an all-around athlete excelling in tennis, ice hockey, basketball, bowling, cycling, and canoeing. She captured six Canadian titles in the 60 and 100 yards between 1927 and 1930, setting several Canadian records in both distances. Cook equaled American Betty Robinson’s 100m world record on August 1, 1931.

In 1929, Cook moved to Montréal to begin her 44-year career as a sports columnist for the Montréal Daily Star writing a weekly column “In the Women’s Sport Light”. She stayed involved in sport and was one of Canada’s greatest advocates of women’s sport committing her life to its advancement and was celebrated as “Canada’s First Lady of Sport.”

Cook was on almost every Olympic Committee and British Empire/Commonwealth Games Committee from 1932 to 1972. Over the course of her lifetime, Cook was involved in 11 Olympic Games – as an athlete, coach, manager and reporter. She also organized softball and hockey leagues, and formed the Canadian Ladies Athletic Club becoming their first athletic director.  During World War II, Cook was the track coach for the Canadian Armed Services team in the Montréal area.