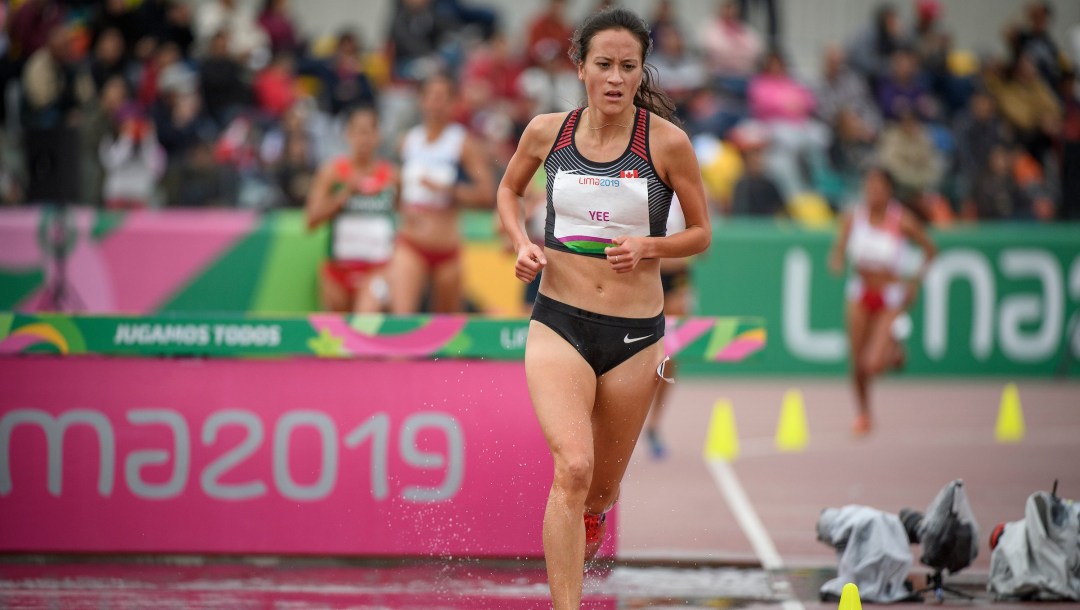 On the last day of the Olympic qualification period for Tokyo 2020, Regan Yee ran a Canadian record 9:27.54 in the 3000m steeplechase to qualify for her first Olympic Games. Yee had competed in her first major senior international event at the 2019 World Cross Country Championships. Later that year she ran in the 3000m steeplechase at the Pan Am Games in Lima and the World Athletics Championships.

In 2017 she ran the 1500m in her first senior national championships, finishing sixth. She won a silver medal at the Canadian Championships the next year in the 3000m steeplechase.

Yee competed collegiately for Trinity Western University and became the most individually decorated track and field athlete in Spartans’ program’s history. In her fifth year she won gold in both the 1500m and 3000m at the 2018 U Sports Championships, to cap a career in which she earned a TWU-record five national medals. While at TWU, Yee represented Canada twice at the FISU Universiade, making the final in the 3000m steeplechase in 2015 and the 1500m in 2017.

A Little More About Regan

Getting into the Sport: First started running at school in grade three and began competing in grade five… Outside Interests: Graduated from Trinity Western University in 2018 with a Bachelor of Arts and is working on her education degree to become a math teacher…