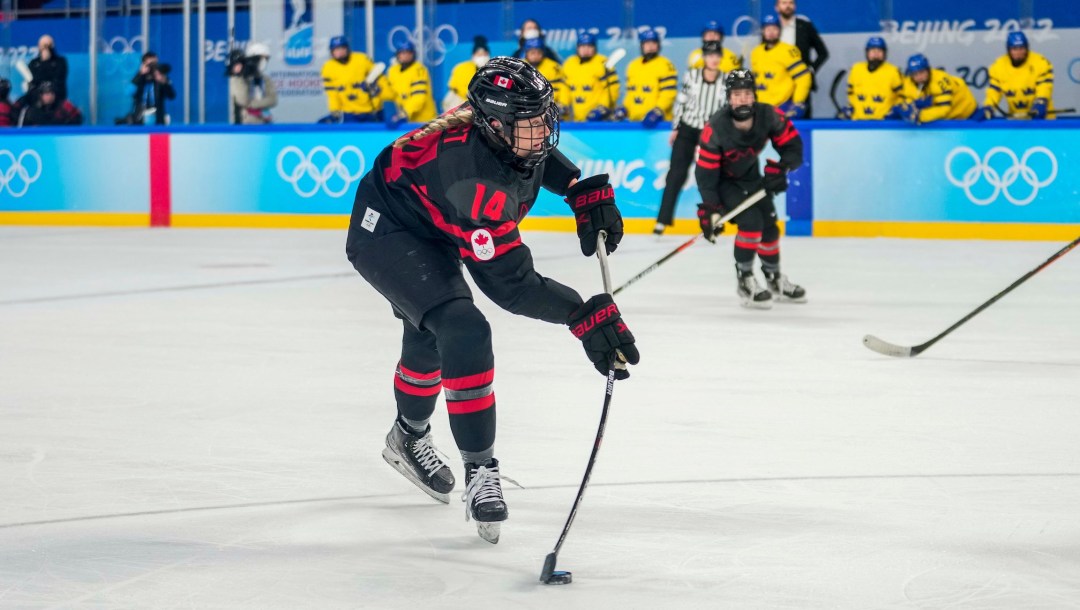 Renata Fast made her second Olympic appearance at Beijing 2022 where she helped Team Canada win the gold medal. Fast recorded one goal and four assists in the tournament while leading the team in minutes played, averaging 21:32 per game.

Fast tied for second in assists at her second world championship in 2019 as Canada came away with the bronze medal following an upset semifinal loss to Finland. After the 2020 Worlds were cancelled because of the COVID-19 pandemic, Fast and Team Canada got their redemption in 2021. She scored her first world championship goal during Canada’s 5-1 round robin win over the United States and her second goal was the game winner that sent Canada to the final. There, Canada defeated Team USA for the second time at the tournament to take home their first world title since 2012. Fast had come back from tearing her right shoulder labrum in November 2018 which eventually required surgery in April 2020 followed by six months of rehab.

Fast had played forward her entire career until she switched to defence the year before starting college. That change certainly worked in her favour at Clarkson University as her career really took off. After reaching the NCAA quarterfinals as a freshman in 2012-13, she helped Clarkson win its first ever national championship in 2013-14 and was named to the Frozen Four All-Tournament Team. The players on the underdog team came together in their belief in each other to outwork their opponents. She was named an alternate captain in her junior season and made it back to the Frozen Four as a senior in 2015-16. Fast was a four-time ECAC All-Academic team selection.

After graduation, she was selected second overall by the Toronto Furies of the CWHL and was a finalist for Rookie of the Year in 2016-17, having led all Toronto defencemen in scoring. After missing nearly the entire following season due to Olympic centralization, Fast returned to Toronto for 2018-19, what would turn out to be the last for the CWHL. Following the league’s collapse, Fast joined the PWHPA advocating for better standards in women’s pro hockey and played for Toronto in the 2020 and 2021 Dream Gap Tours. She also was part of Team Canada during the women’s showcases at the 2019 and 2020 NHL All-Star Games.

A little more about Renata

Getting into the Sport: Started playing hockey at age 8, becoming competitive a year later… Had a scholarship for soccer as well as hockey but chose the latter… Outside Interests: Graduated from Clarkson University in 2016 with a Bachelor of Arts in Financial Information and Analysis… Enjoys yoga, reading, baking, hiking… Runs her own girls hockey camp in the summer… Odds and Ends: Favourite athlete: former National Women’s Team player Becky Kellar…Favorite NHL Team: Pittsburgh Penguins… Has always been in awe of Canadian Olympic athletes, no matter what sport… Favourite motto: It’s not the will to win that matters, everyone has that. It’s the will to PREPARE to win that matters most.