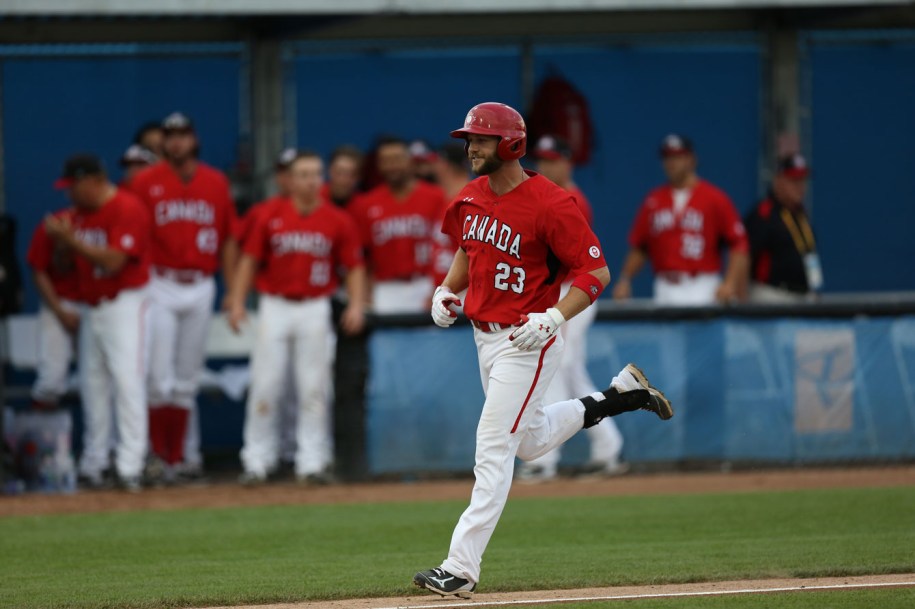 Rene Tosoni was a member of Team Canada that won gold at the 2015 Pan American Games in Toronto and hit a three-run home run in the gold medal win against the United States. He says that playing baseball for his country is the best baseball he has ever played. After playing in the qualifying tournament for the 2013 World Baseball Classic, he also suited up for the WBC itself. Tosoni was selected in the 36th round of the 2005 MLB Draft by the Minnesota Twins and played his only major league season with the team in 2011, posting a .203 average with five homeruns and 22 RBI in 172 at-bats. He spent the majority of his six years with the organization in their minor league system. In 2009 he was named MVP of the Futures Game played at the MLB All-Star Game. In 2013 he joined the Milwaukee Brewers AA affiliate but was not brought back in 2014, instead playing on three different independent league teams, including the Perth Heat in Australia. He retired from playing professional baseball following the 2016 season before spending the 2017 and 2018 seasons as a coach in the Atlanta Braves’ organization. He is currently coaching with the Coquitlam Reds baseball program in his hometown with aspirations of becoming a firefighter.

A LITTLE MORE ABOUT RENE

Getting into the Sport: Started playing baseball at age 6… Outside Interests: Attended Chipola Junior College for two years… Enjoys golfing… Odds and Ends: Nickname: Suze… Role model is fellow Canadian Justin Morneau who took him under his wing while coming up in the Twins’ organization… Always travels with his daughter’s stuffed hippo… 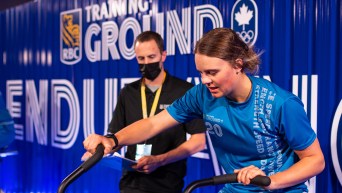