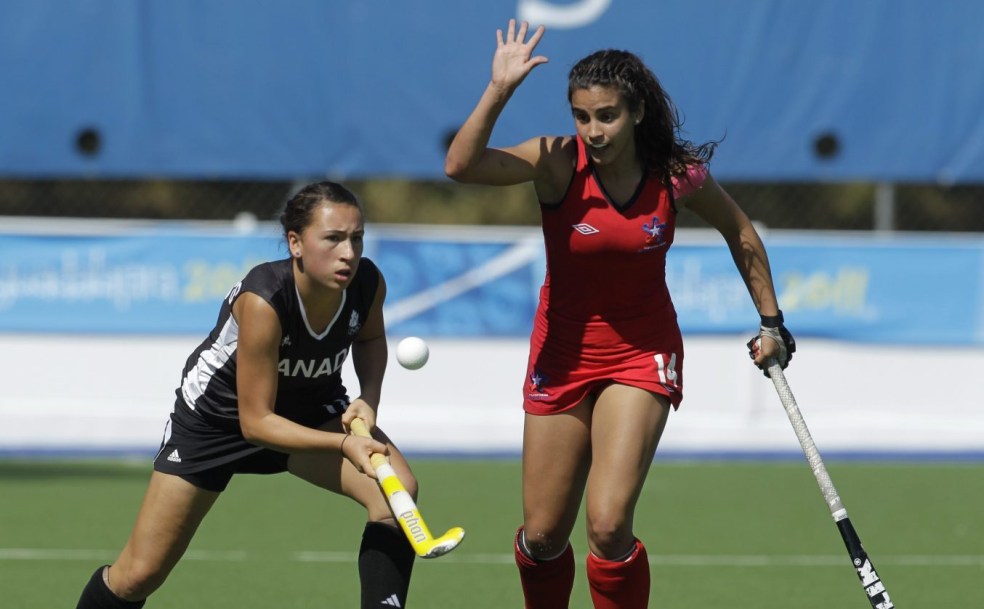 Sara McManus has earned 175 senior caps to her credit since her debut in 2011, making her one of Canada’s most experienced players. That year, she was part of Canada’s near-podium performance at the Pan Am Games in Guadalajara. She also competed with the junior national team, helping them win silver at the 2012 Junior Pan Am Championship, and joining them for the 2013 FIH Junior World Cup. Also in 2013, she was part of the senior squad that won bronze at the Pan American Cup. She made her Commonwealth Games debut in 2014. In 2015, McManus helped Canada win bronze at the Pan Am Games, their first medal at the competition since 1999. Returning to the Commonwealth Games in 2018, McManus played in all five of Canada’s games in their best-ever fifth-place finish. McManus played for the University of British Columbia Thunderbirds, helping them win CIS national titles in 2012 and 2013.

A LITTLE MORE ABOUT SARA

Getting into the Sport: Started playing field hockey at age 7… Outside Interests: Studying Kinesiology at the University of British Columbia… Enjoys reading, watching movies and playing all sports… Odds and Ends: Nickname: Mac…