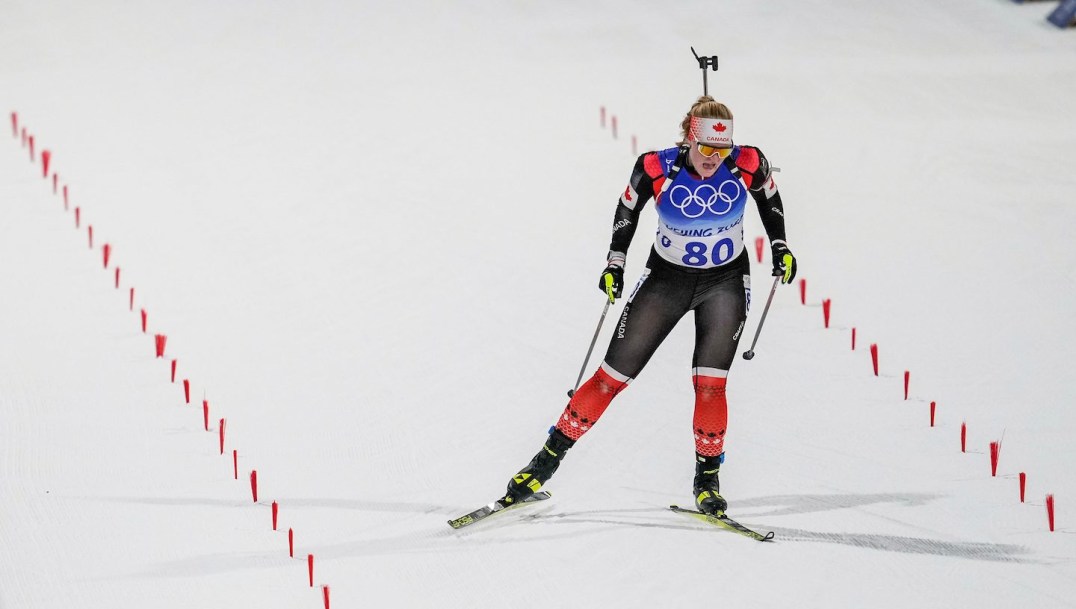 Sarah Beaudry had a standout performance at the 2014 IBU Junior World Championships where she won bronze in the pursuit. It was especially impressive considering she had started in 29th place following a disappointing result in the sprint race and moved her way up through the field to become the first Canadian woman to win a world junior biathlon medal.

Beaudry had first represented Canada at the 2011 Youth World Championships. She made two more appearances at the youth worlds before back-to-back junior worlds appearances in 2014 and 2015. In 2012, Beaudry competed at the first Youth Olympic Winter Games in Innsbruck. She made her Olympic debut at PyeongChang 2018 where she finished 29th in the 15km individual event. It was just her second top-30 finish at the elite level, coming just about a month after she finished 23rd in a 7.5km sprint at the World Cup in Oberhof. During the 2018-19 season, she improved her personal best result to 12th place in a World Cup sprint race in Nove Mesto na Norave.

Beaudry made her debut at the senior IBU World Championships in 2016. She also competed at the worlds in 2019, 2020 and 2021. She made a second Olympic appearance at Beijing 2022 where she competed in four events.

Beaudry joined the World Cup circuit in 2014-15. An early highlight came at the Canmore stop in February 2016 when she finished sixth in the mixed relay in front of family and friends.

Getting into the Sport: Has been skiing since she could walk… Started biathlon in 2003 because her brother was in it and it quickly became a family activity… With the help of her mom, sewed her own racing suits for the first few years she was competing, including one that was pink and covered in flowers, giving her a reputation as “the girl with the crazy suits”; now that she races wearing a maple leaf she still enjoys sewing crazy capris for training… Outside Interests: Works part time at Starbucks through their elite athlete program… Enjoys playing cards with the team, baking, sewing… Taking online courses through TRU Open Learning… Odds and Ends: Since 2014 almost always races with the same hairstyle: a ponytail with a double braid, so it’s under control but also a little wild…