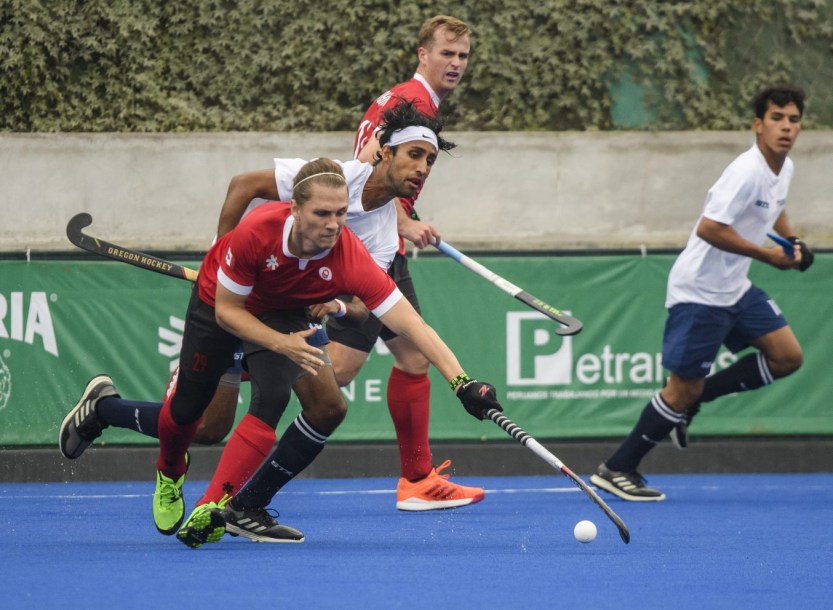 Taylor Curran has more than 185 senior national team caps since making his international debut in 2009. Less than a year later he was on the roster competing at the 2010 FIH World Cup. In 2011 Curran had surgery for compartment syndrome in both of his shins. That injury bothered him off and on over the next couple of years, during which he competed with both the junior and senior national teams. That included winning back-to-back silver medals at the junior Pan Am Championships in 2012 and the senior Pan American Cup in 2013. He also competed at the FIH Junior World Cup in 2013.

Curran was part of Canada’s second place finish at the 2014 Champions Challenge 1 in Malaysia, a qualifying tournament for the Champions Trophy. He also made his Commonwealth Games debut in 2014. Curran was part of Canada’s silver medal-winning team at the 2015 Pan Am Games in Toronto where he started two games. Just a few weeks earlier, he was on the Canadian team that beat New Zealand in a shootout in the quarterfinals of the FIH World League Semifinals. That win would eventually secure the team’s qualification for Rio 2016 where he made his Olympic debut.

In 2018, Curran represented Canada at the Commonwealth Games, appearing in four matches, but a broken thumb suffered in a pre-tournament match relegated him to a reserve role at the FIH World Cup. He helped Canada to a silver medal at the 2019 Pan Am Games in Lima and would go on to compete in his second Olympic Games at Tokyo 2020.

A Little More About Taylor

Getting into the Sport: Started playing field hockey at age 7… He needed a spring sport to play and hated baseball… Outside Interests: Graduated from the University of British Columbia in May 2016 with a Bachelor of Applied Science in Civil Engineering with a Minor in Commerce… Enjoys keeping up on current events, reading the newspaper, skiing, sailing, and camping… Odds and Ends: Favourite motto: “Open the Cage”… Role model is Austrian skier Hermann Maier for his gutsy double gold medal performance at Nagano 1998… Always travels with his stuffed giraffe… Collects patches and badges from his travels and has about 50 so far… Nicknames: Till, TC, Broccoli…