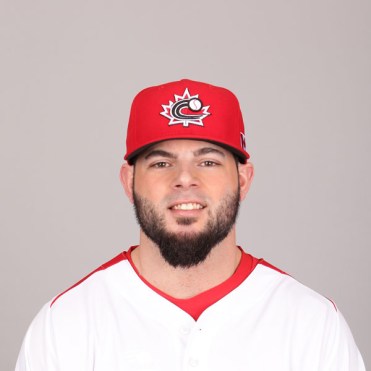 Tim Smith was a member of Team Canada that won gold at the 2011 Pan Am Games in Guadalajara, where he was second on the team in batting average, hitting .350 in five games, driving in two runs on seven hits (including a homerun) in 20 at-bats. He also competed at two editions of the Baseball World Cup, winning a pair of bronze medals. Smith was selected in the 7th round of the 2007 MLB Draft by the Texas Rangers. He was in their organization for three years before being traded to the Kansas City Royals. Since 2013 he has played in various independent leagues, which included a stop in Winnipeg, Perth and, most recently, Quebec of the Can-Am Association. Smith played in the 2007 College World Series with Arizona State.

Family: Father Doug… Younger sister Stephanie… Getting into the Sport: Started playing baseball at age 5… Became really locked into the sport after the Blue Jays’ World Series wins in 1992 and 1993 and can still name every player on those teams… Outside Interests: Attended Midland Junior College and Arizona State University… Considers himself a diehard Toronto Maple Leafs fan… When not around baseball, he’s thinking about hockey… Enjoys live music… Odds and Ends: Usually dresses from left to right… If he plays well, he will continue to eat the same meal and listen to the same music before a game until he has a rough one… 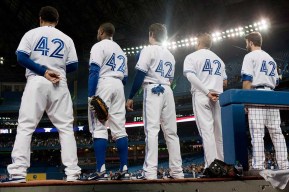 Skyler Stromsmoe competed with Team Canada at both the 2011 Pan Am Games and 2011 Baseball World Cup, winning gold...