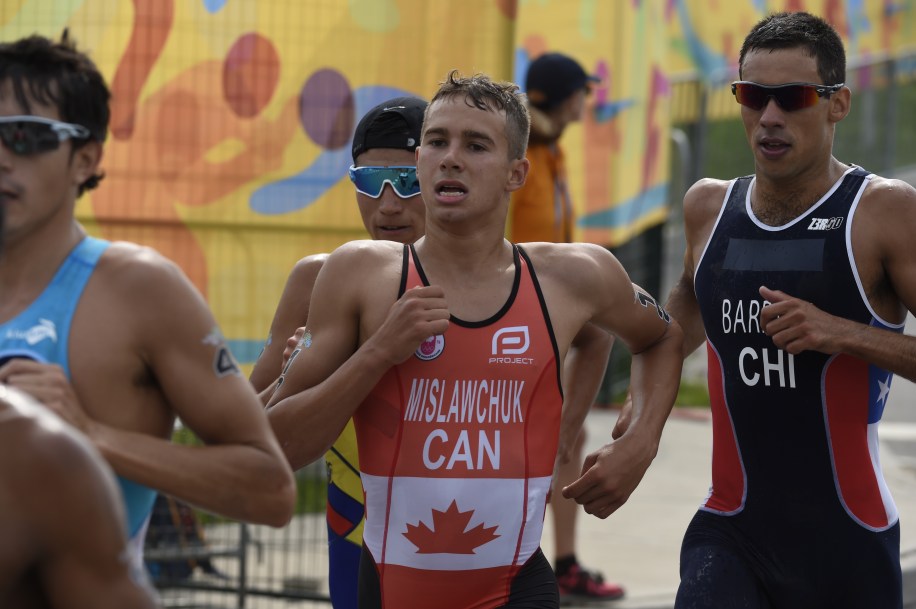 In 2013, Tyler Mislawchuk won a silver medal at the Canada Games, where he was joined on Team Manitoba by his sister Madison, a rower. Mislawchuk began competing internationally in 2011 which included a trip to the ITU World Championship Grand Final in the junior division. He made his World Cup debut in 2013 on home soil in Edmonton. After competing in various Pan American Cup, Oceania Cup and European Cup events, Mislawchuk made his ITU World Triathlon Series debut in 2015. In just his third start on the elite circuit, he finished 10th in London where he was the highest-ranked Canadian man. He also posted a 10th place finish at the 2015 Pan Am Games in Toronto and competed at the ITU Grand Final as a senior for the first time. Mislawchuk achieved two more 10th place finishes in his first three World Triathlon Series starts in 2016 before making his Olympic debut in Rio, where he posted a top-15 result.

In 2017, Mislawchuk won his first senior national title but after an otherwise disappointing season, he decided to relocate to Triathlon Canada’s National Performance Centre for training in 2018. The move seemingly paid off, as Mislawchuk posted consistent top-10 finishes on the World Cup, earned a fourth-place finish at the World Triathlon Series race in Yokohama, and was a career-high 10th at the ITU World Triathlon Grand Final.

The breakthroughs continued in 2019 as Mislawchuk earned his first World Cup victory in Mooloolaba in March and added another in Huatulco in June. He immediately followed that by becoming the first Canadian man to reach the podium at a World Triathlon Series event, winning bronze in Montreal. He topped that feat by winning the official Olympic test event in Tokyo in August.

After just one race in 2020 because of the COVID-19 pandemic, Mislawchuk returned to the top of the podium in the Huatulco World Cup in June 2021. He made his second Olympic appearance at Tokyo 2020 and came away with the same result as the first, repeating his 15th-place finish from Rio 2016.

A Little More About Tyler

Getting into the Sport: Did his first triathlon at age 15… Started in the sport as cross-training for hockey and soccer… Had his dream of competing for Canada sparked by watching Simon Whitfield win silver at Beijing 2008… Outside Interests: Follows many sports leagues but the NHL is his favourite… Attending the Asper School of Business at the University of Manitoba… Odds and Ends: Nickname: Missy… Inspired by Simon Whitfield and Teemu Selanne… Relaxes before a race by watching mindless TV shows… Picks up souvenirs for his parents from each new country he visits… Favourite motto: “Never say never”…