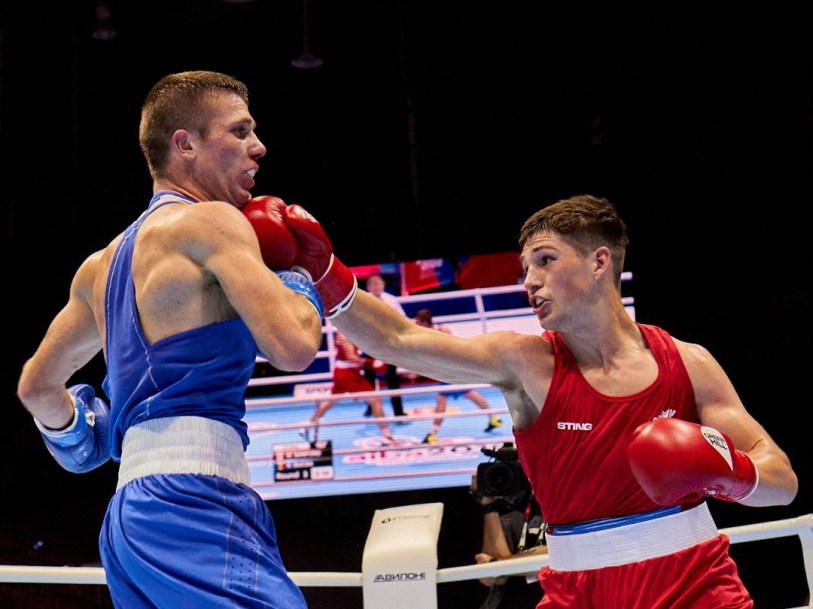 Wyatt Sanford is a four-time Canadian Youth National Champion (2012-15). He moved to Montreal from Nova Scotia in 2017 to join the national high-performance training group. That year he achieved a handful of tournament victories, winning the Ringside World Championship and Haringey Cup. In 2018 he won his first senior national title in the 64kg weight class and was victorious in dual matches against Poland and Puerto Rico.

Sanford competed in his first AIBA World Championships in 2019, making the round of 16 before losing to eventual World Champion Andrey Zamkovoy of Russia. He also won the 69kg weight class at the Canadian Olympic Qualifier. In his Olympic debut at Tokyo 2020, Sanford was eliminated in the Round of 32.

A Little More About Wyatt

Getting into the Sport: Started boxing at age 10 and had his first fight at 11… Joined a friend who wanted to try a new sport at the boxing club and has been hooked ever since… Outside Interests: Studied Criminology and Psychology at St. Mary’s University… Would like to be a police officer after boxing… Enjoys staying active, fishing or doing other outdoor activities with his brother… Odds and Ends: Favourite motto: “Hard work beats talent if talent doesn’t work hard”… Nickname: Sandman

Veteran defensive catcher Jason Sanford was added to the Men’s National Team Athlete Pool in 2008 and went on to...