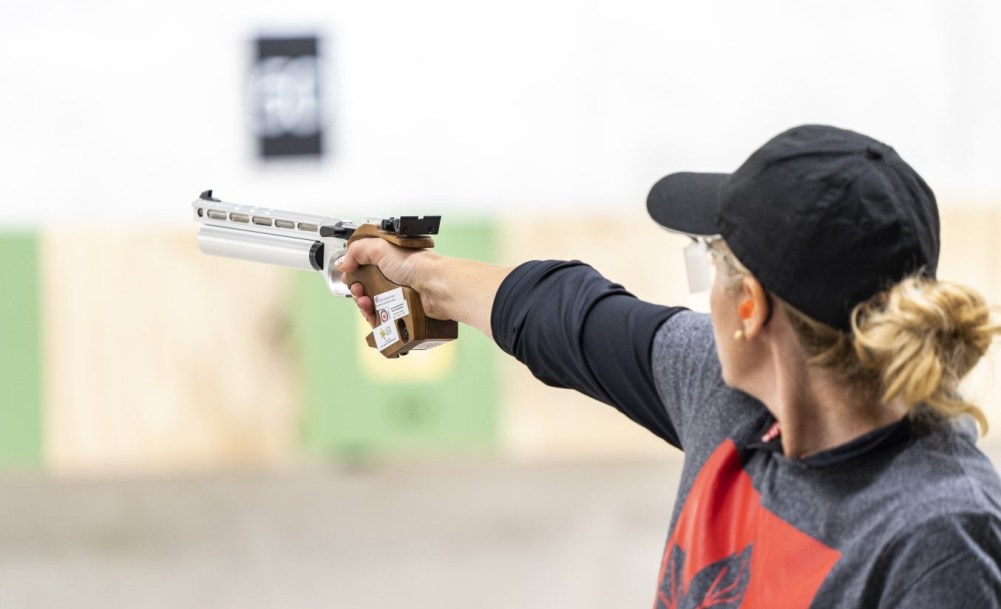 TORONTO 2015 was the first major international competition at which Yanka Vasileva represented Canada. She finished 16th in the 10m air pistol. She previously competed for her native Bulgaria at the 1994 ISSF World Junior Championships, the 1994 European Junior Championships, and the 2002 European Championships before moving to Canada in 2005. She won the 2015 Ontario Championship, setting a record score of 380. She also owns the Canadian Airgun Grand Prix record with a score of 383, set in 2013. Vasileva competed in her first ISSF World Cup events in 2016.

A LITTLE MORE ABOUT YANKA

Getting into the Sport: Started shooting at age 19… Was drawn to the sport because of the patience and concentration required…  Outside Interests: Enjoys playing tennis and doing outdoor activities… Works as a physical education teacher… Odds and Ends: Favourite motto: “Higher, farther”… Has a lucky horseshoe she found… Moved to Canada in 2005 because of a desire to settle in Quebec…