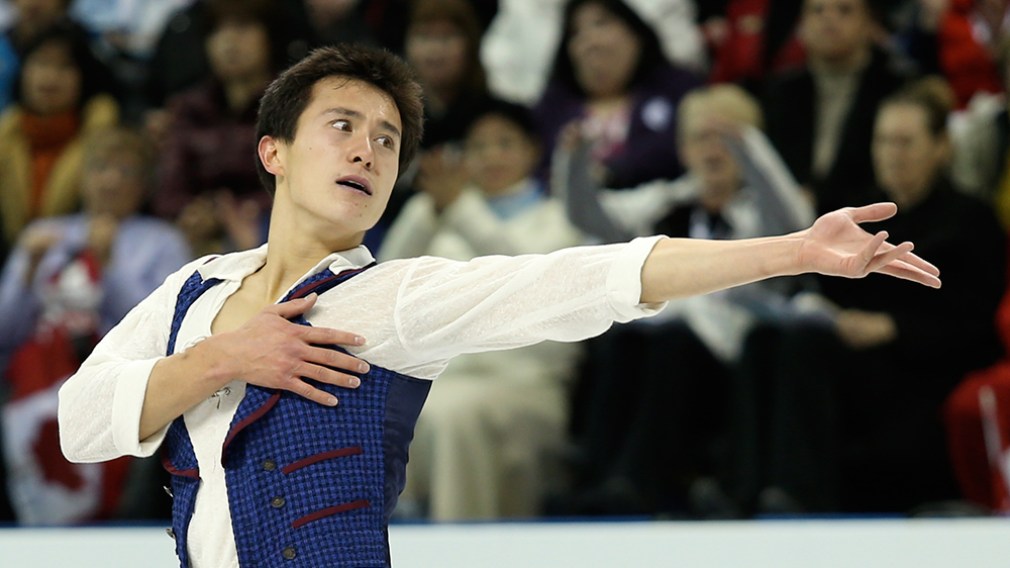 By The Canadian Olympic Committee
April 16, 2013

Canada’s figure skaters officially wrapped up the 2012-13 season with a silver medal performance at the ISU World Team Trophy event in Tokyo, Japan. The competition — which included athletes competing in men’s singles, women’s singles, ice dance and pairs proved to be great preview of the new event debuting in Sochi.

Captain and world champion Patrick Chan (Toronto, ON) led a team to the podium consisting of Kevin Reynolds (Coquitlam, BC), pairs duo Meagan Duhamel (Lively, ON)  and Eric Radford (Balmertown, ON), ice dancing Kaitlyn Weaver (Waterloo, ON) and Andrew Poje (Waterloo, ON) and newcomers to the senior international circuit Kaetlyn Osmond (Marystown, NL) and Gaby Daleman (Newmarket, ON). “We really look on this silver medal as a silver lining because we’ve improved so much from last year when we won the bronze medal,” said Chan.  “We came with a young team, and this was a huge achievement. We look ahead to the Sochi Olympic team event, I feel we are really prepared to compete there.”

Looking back on the season, Skate Canada has a lot to be proud of this year.

On top of the world

The team flourished on the world stage and were led by the likes of Chan who added a third consecutive world championship trophy and three grand prix medals to his mantel after an off-season in which he revamped his routine and changed his coaching staff.

“I was able to trust the people around me and my instinct,” said Chan. “I trusted my decisions and that’s something you need to have going into the Olympics. I must trust that the training I put in will give me the results I want in competition.” His performance, with that of Reynolds (fifth place) at worlds, secured three spots for Canada at the Sochi Olympic Games heading into next season. For Reynolds the year provided his first gold medal moment after he won the Four Continents Figure Skating Championship in Osaka, Japan.

“I didn’t expect this at all,” said Reynolds after the win.  “This completely surpassed my expectations.”

Olympic champions Scott Moir (Ilderton, ON) and Tessa Virtue (London, ON) were their usual steady and competitive selves compiling a World Championship silver medal to go with four other podium finishes on the international circuit.

The duo is poised for another medal run in Sochi in a mere 10 months.

“It’s hard to believe it’s coming up so quickly,” said Virtue. “We had the privilege to compete in Sochi in December and that made things more real. It seems like the last three years have flown by. We keep reminding ourselves that we have to enjoy the process and appreciate this chance we have. It’s definitely something we’re thinking about.” Weaver and Poje medalled three times during the season before an injury to Weaver’s ankle required the skater to get surgery. The duo bounced back to skate at Worlds and finished fifth. The Waterloo duo, combined with Moir and Virtue,secured three spots in ice dance for Sochi thanks to their overall performance at Worlds.

Pairs duo Duhamel and Radford grabbed bronze at the World Championship this year finishing just ahead of the fourth place team Dylan Moscovitch (Toronto, ON) and Kirsten Moore-Towers (St. Catharines, ON).

The foursome has put Canada back on the map in pairs competition after a small drought the last few years.

“For Canada to be third and fourth means we qualify a third team next year for the Olympics,” explained Duhamel. “There was so many people at home watching the results and we’re so happy that one of our friends will join us in Sochi.” The big surprise this year came in the form of Osmond who gave Canadian fans something to cheer for in the ladies competition after Olympic bronze medallist Joannie Rochette (Montreal, QC) stepped away from the ice.

Only 17, Osmond captured two international gold medals this year and a top-eight finish at the World Championship’s to qualify two spots for Canada at the Winter Games.

“It is a little shocking,” said Osmond of her success this year. “I was just going into the season to see what happens. To win my first international and my first Grand Prix was just unbelievable. Last year I was still trying to get my triples…it’s just great to see how much I’ve progressed.”

With so much depth and talent, Canada will be sending one of its deepest teams ever to the Olympic Games. 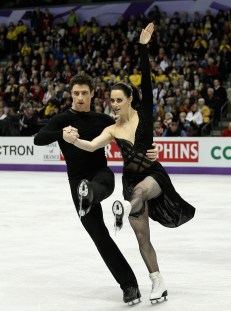 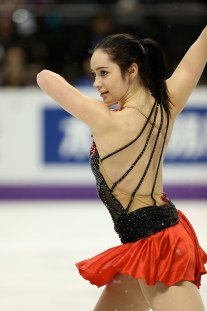 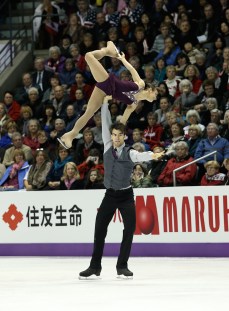 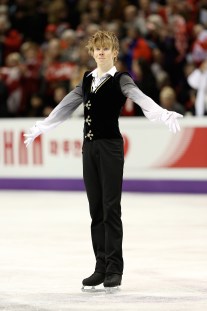 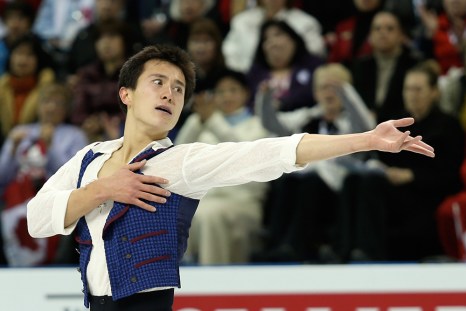 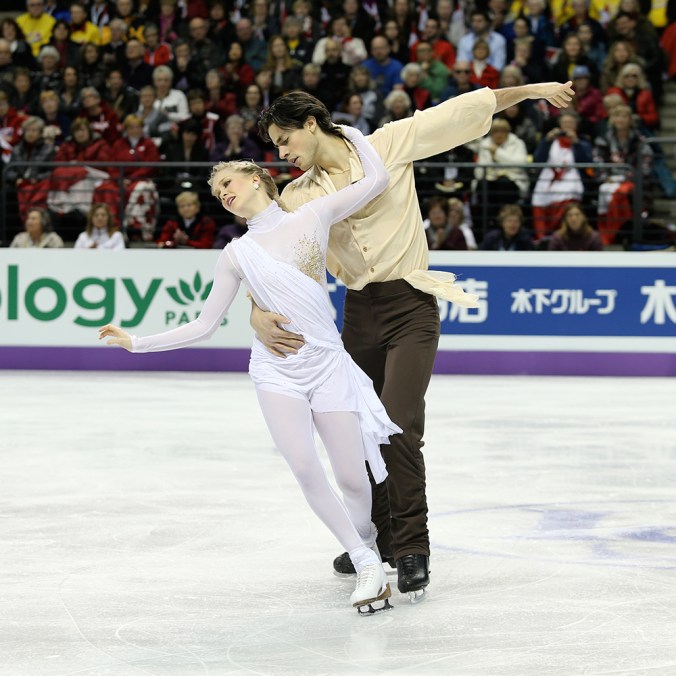 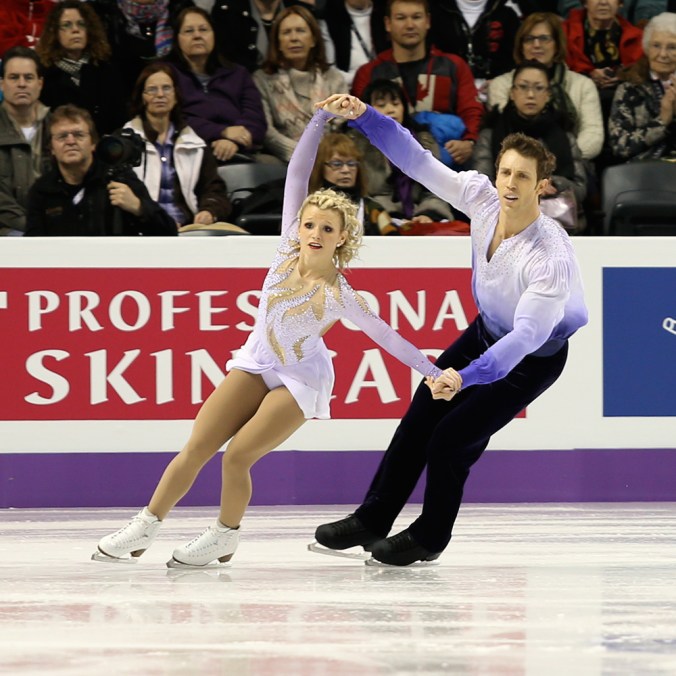