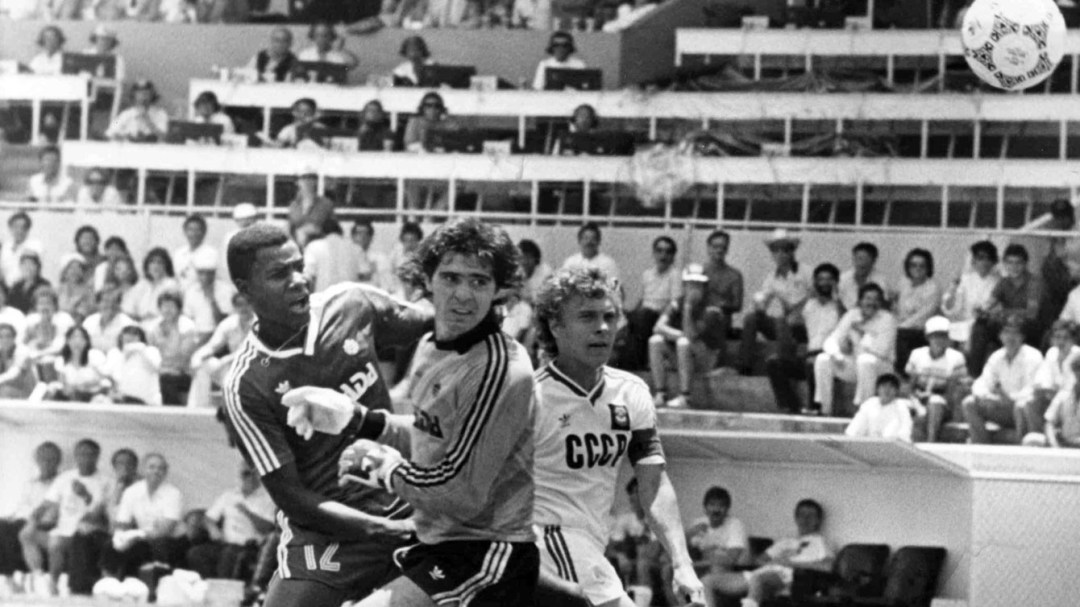 Mexico 1986: Canada’s first and last trip to the World Cup

It has been some time since Canada last graced a World Cup finals pitch in men’s soccer.

So long in fact that most of The Canadian Press pictures we could find were in black and white, the Soviet Union was still six years away from its present day Russian Federation, and you couldn’t even be rickrolled because not only was the Internet a dream, but Rick Astley’s “Never Gonna Give You Up” hadn’t even been released yet.

Let’s take a quick trip back to 1986, Canada’s first and only participation in the World Cup finals in Mexico. Canada was in Group C and had the misfortune to draw reigning European champion France and traditional Eastern Bloc powers Hungary & Soviet Union. Canada was just 11 minutes shy of shocking the world against the European champs after a creditable defensive display in León that held the likes of Michel Platini and co. scoreless. A 79th minute header from Jean-Pierre Papin put France ahead 1-0, the eventual final in Canada’s inaugural World Cup finals match. The Hungarians were in search of redemption in Irapuato after getting thrashed 6-0 by the Soviets in their opener. Canada had nearly scored against France but for Mike Sweeney hitting the crossbar. Something had to give and unfortunately, it was the Canadians that gave up a second minute goal, which encouraged the Hungarians to repeated raids in Canuck territory. A second Hungarian strike arrived at the 75th minute for a 2-0 final. Canada remained in Irapuato for its final group match against the USSR. Much like its previous two matches, Canada relied on resolute defending to keep its powerful opponent at bay and succeeded in holding off the Soviets in the first half. The Soviets broke through in the second half with a pair of goals to hand Canada another 2-0 loss in its final appearance at the World Cup.

By virtually all accounts, Canada can be proud of its defensive effort but failed to generate any scoring chances against far more experienced opponents with strong domestic leagues.

Three decades later the results are still unconvincing but the landscape is changing for Canadian men’s football. Three stable local clubs in Major League Soccer – Montreal, Toronto and Vancouver – provide an outlet for young Canadian players to pursue their ambitions at home.

In 2026, they may even get their chance to compete in a World Cup at home as Canada is set to co-host with Mexico and the United States.