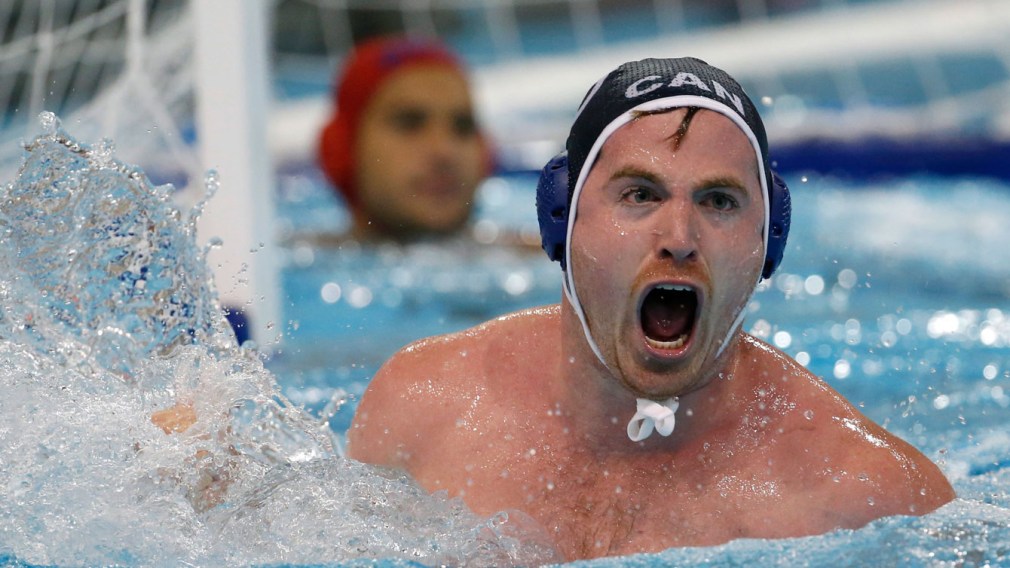 Feature: Canada’s John Conway after one of his three goals against Brazil (All photos: CP)

Although the official start to Toronto 2015 Pan American Games begins with the Opening Ceremony on July 10, as is often the case, some preliminary competition got underway a bit earlier on Tuesday. 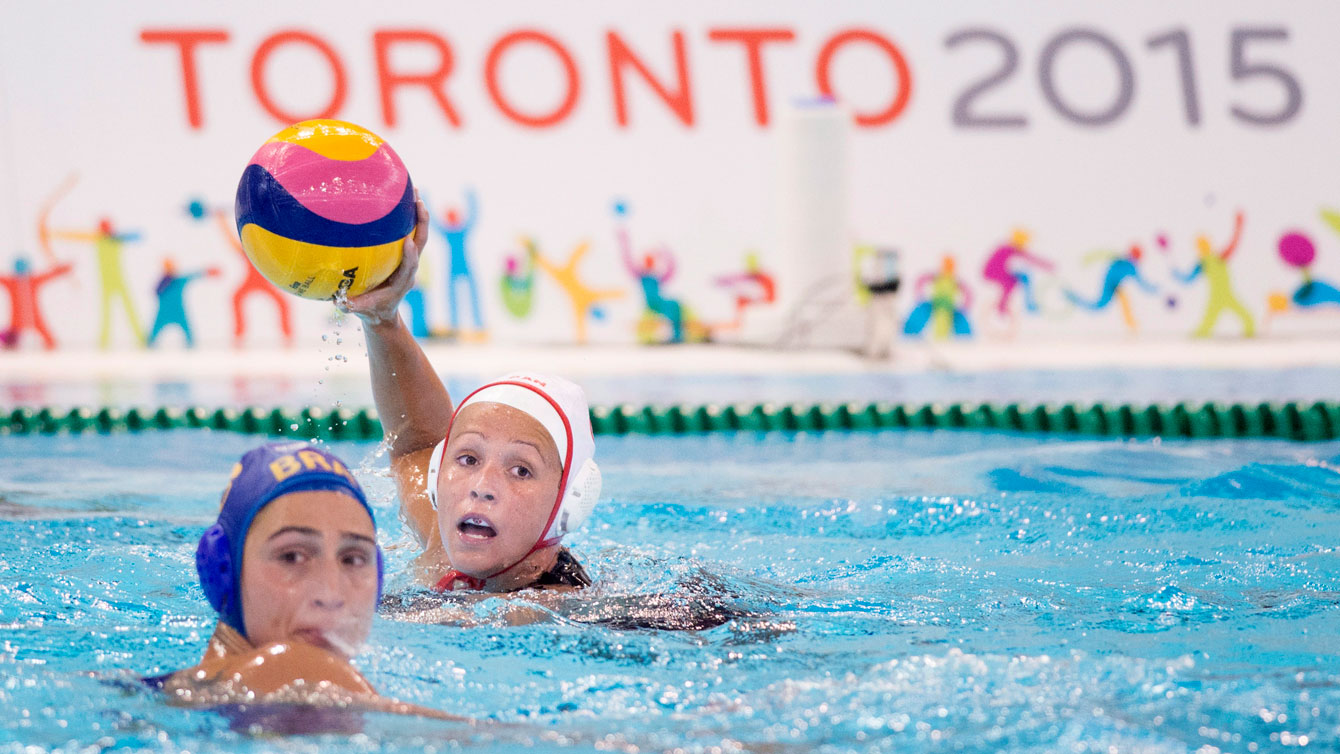 Shae Fournier of Canada (right) looks to pass during a Pan Am Games match against Brazil on July 7, 2015.

The first Canadian athletes to jump into a TO2015 pool – or any field of play for that matter – were the women’s water polo team. They drew Brazil 7-7 in a preliminary round Group B match. Canada received goals from seven different players.

Canadian women will return to the water on Wednesday to take on Venezuela at 12:08 ET.

A look ahead to Wednesday | Get water polo tickets in Markham 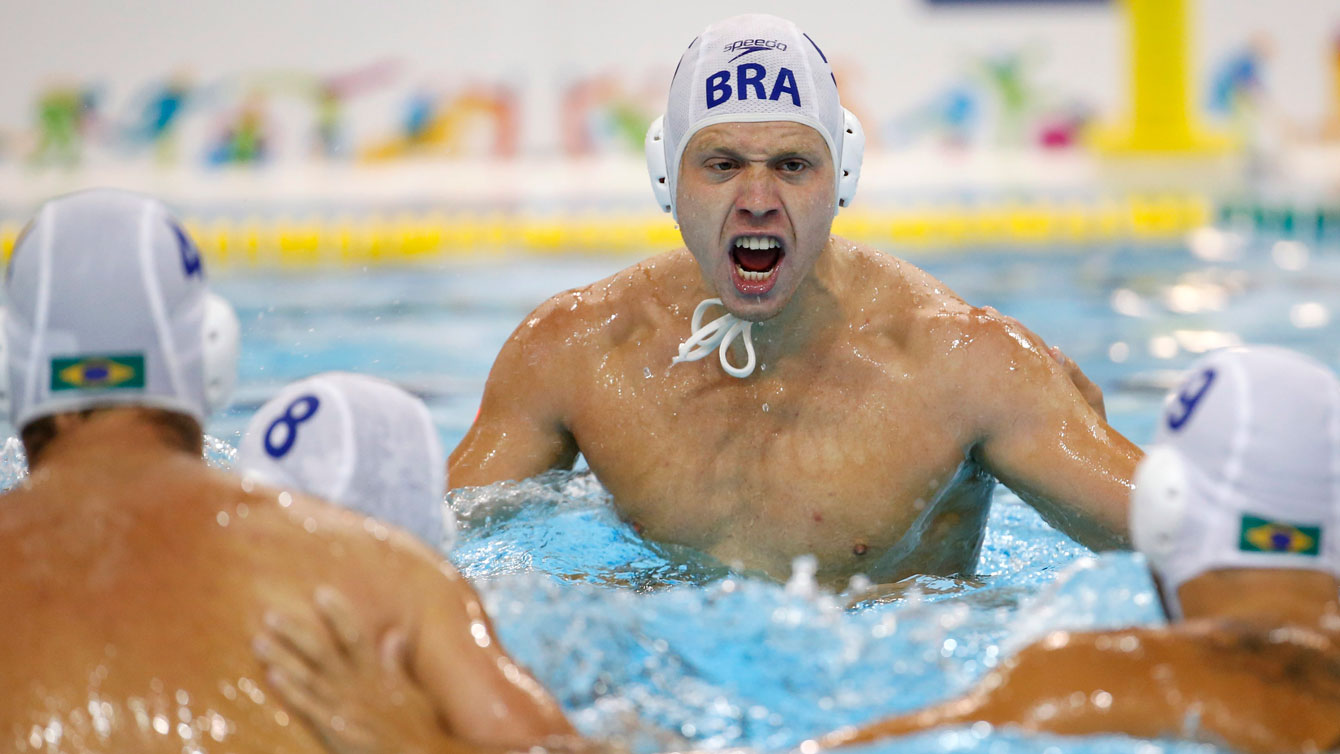 Brazil’s Paulo Salemi gathers his teammates before the Pan Am Games match versus Canada on July 7, 2015.

The Markham Pan Am Centre pool was less kind to the men’s team, however, who dropped a 11-9 decision to Brazil. John Conway scored three goals to lead the Canadian cause.

In both the men’s and women’s tournaments the top two teams in each group will advance to the semifinals. Canada won silver in both cases at Guadalajara 2011 four years ago.

Water polo is like geniuses wrestling in a pool

Water polo preliminaries take TO2015 plunge
Ana Padurariu: Facing the never-ending challenges of 2020
What is the difference between racquetball and squash?
Shuttlecock and balls: The fastest moving objects in sport
Team Canada Athletes Out of Isolation, Back to Training
Getting vertical: The highest jumps in sport