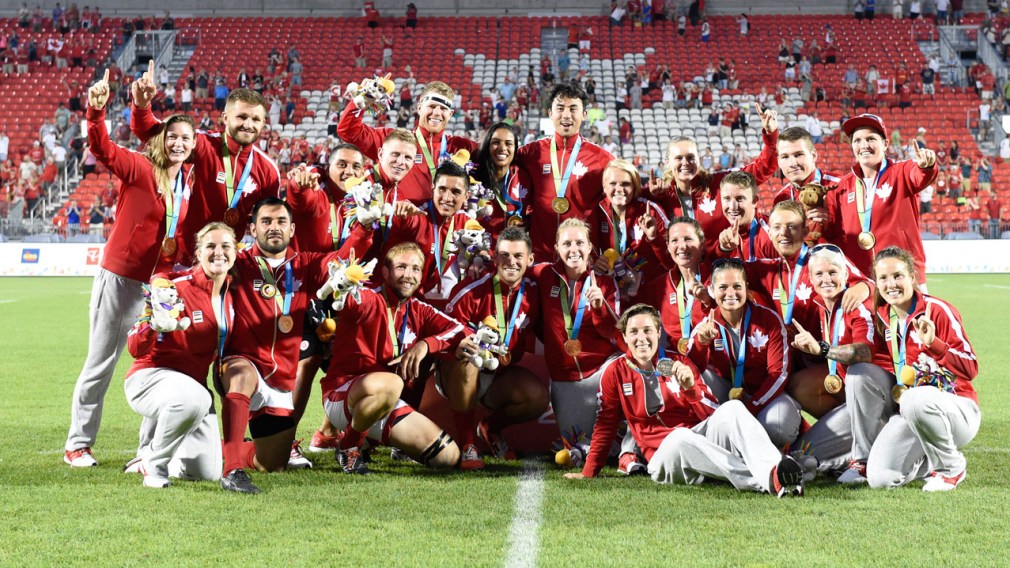 The men’s and women’s rugby teams each found their way to the top of the Toronto 2015 podium this weekend.

The massive crowd on hand was witness to some of the best rugby ever played on Canadian soil. It makes sense then that social media is still abuzz with reaction to their performances.

The women ran over their opponents all tournament long, outscoring them 285-19 en route to the gold medal and a perfect 6-0 record. The men faced more adversity, but were able to power their way to gold.

Along with the magical results came some pretty spectacular images. Here are some of my favourites from the Toronto 2015 rugby tournament: 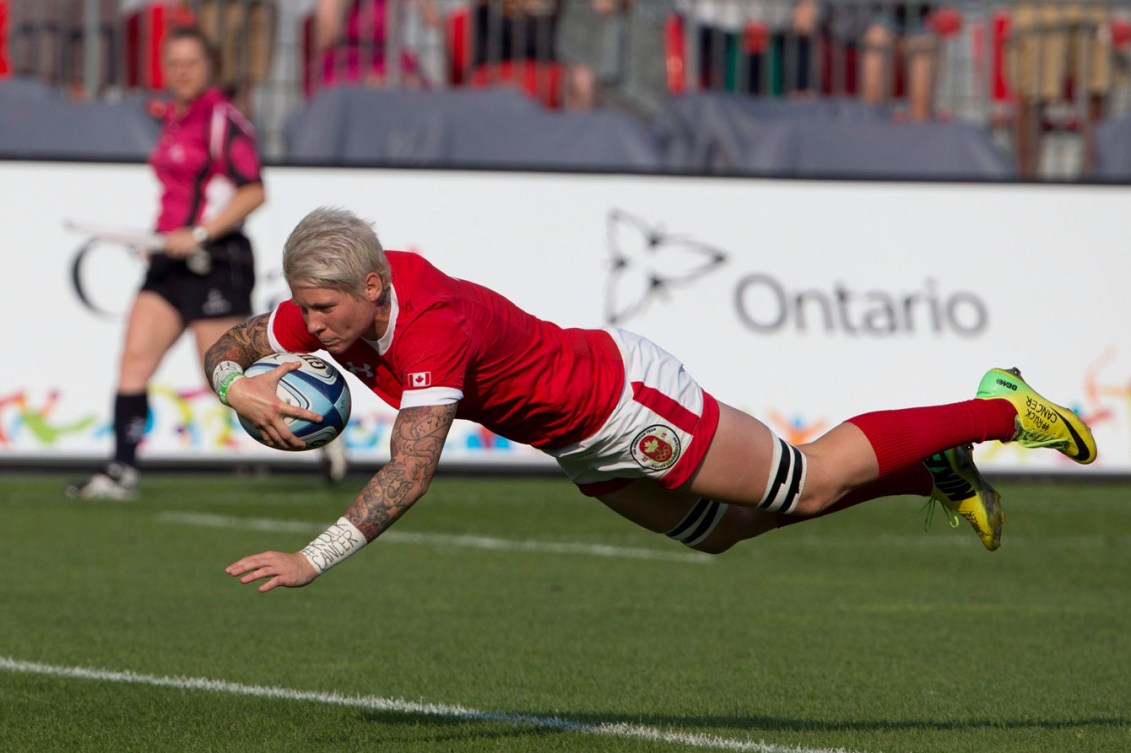 Women’s team captain Jen Kish dives for one of her many tries during the tournament. (Photo: Canadian Press) 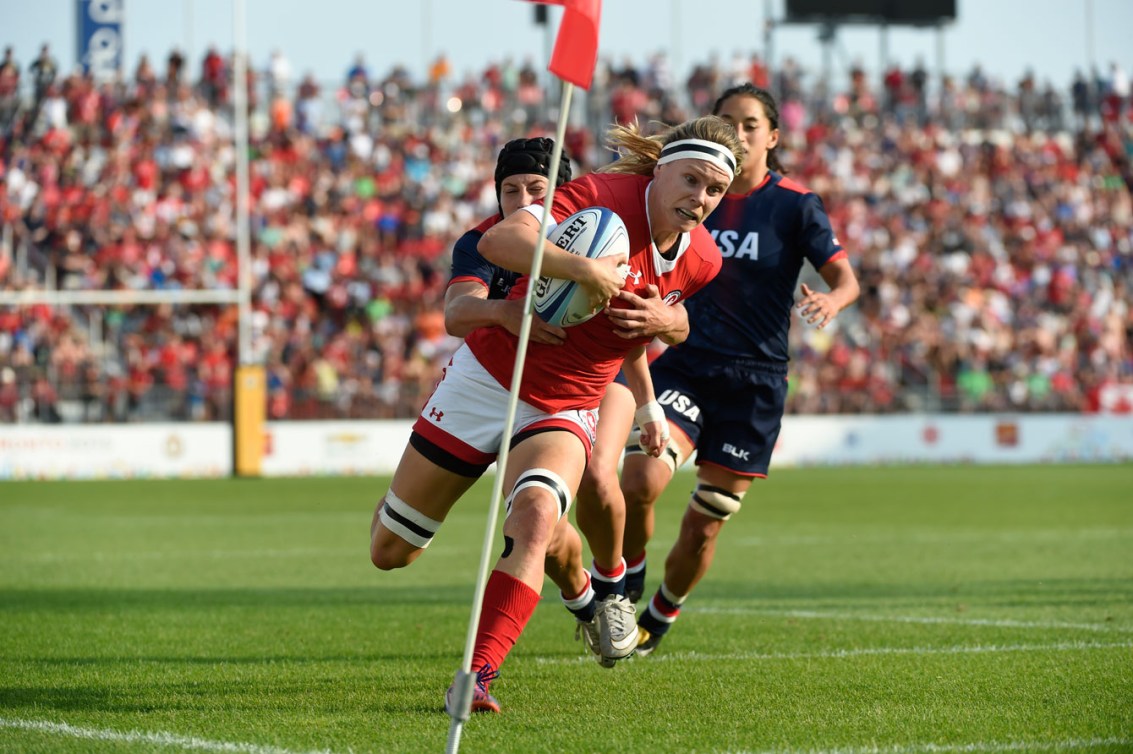 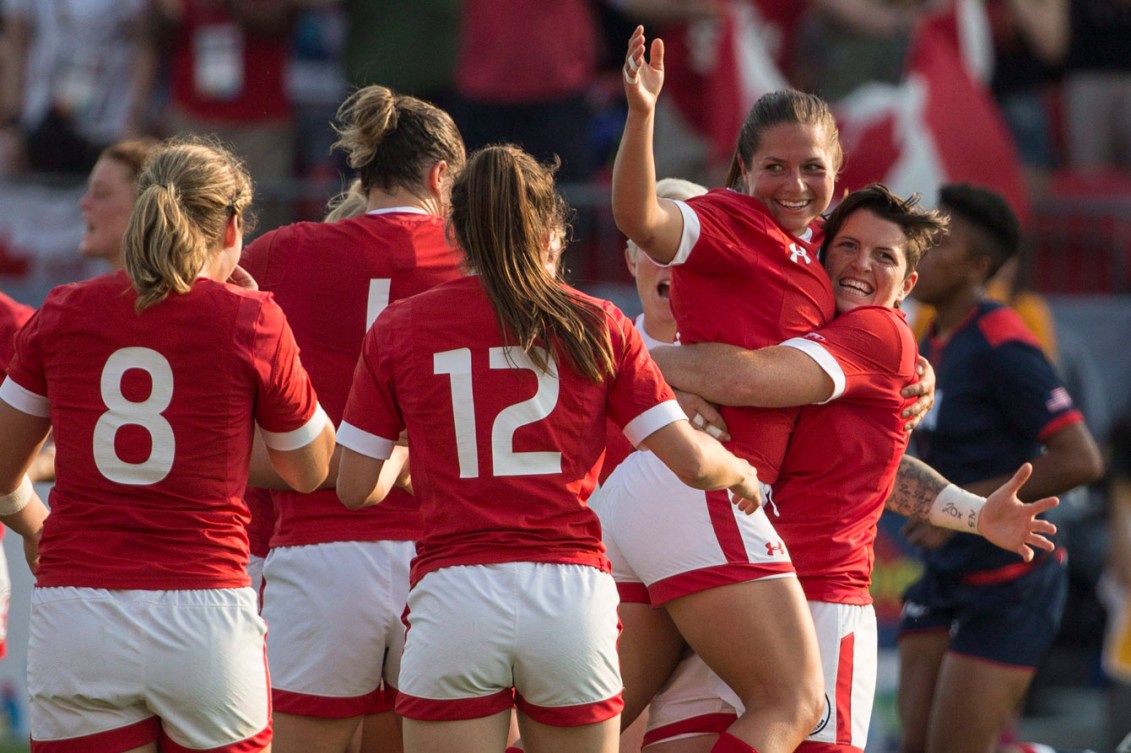 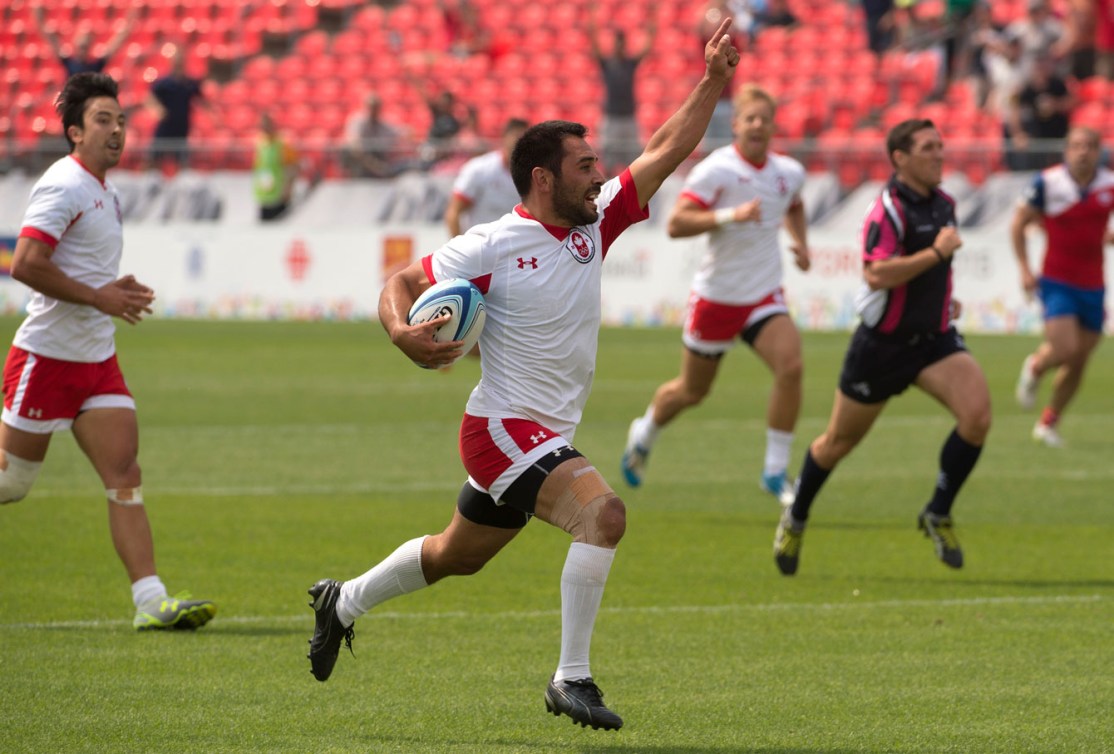 Spark plug Phil Mack raises the number one as he makes his way into the try zone for a score against Chile. (Photo: Jason Ransom) 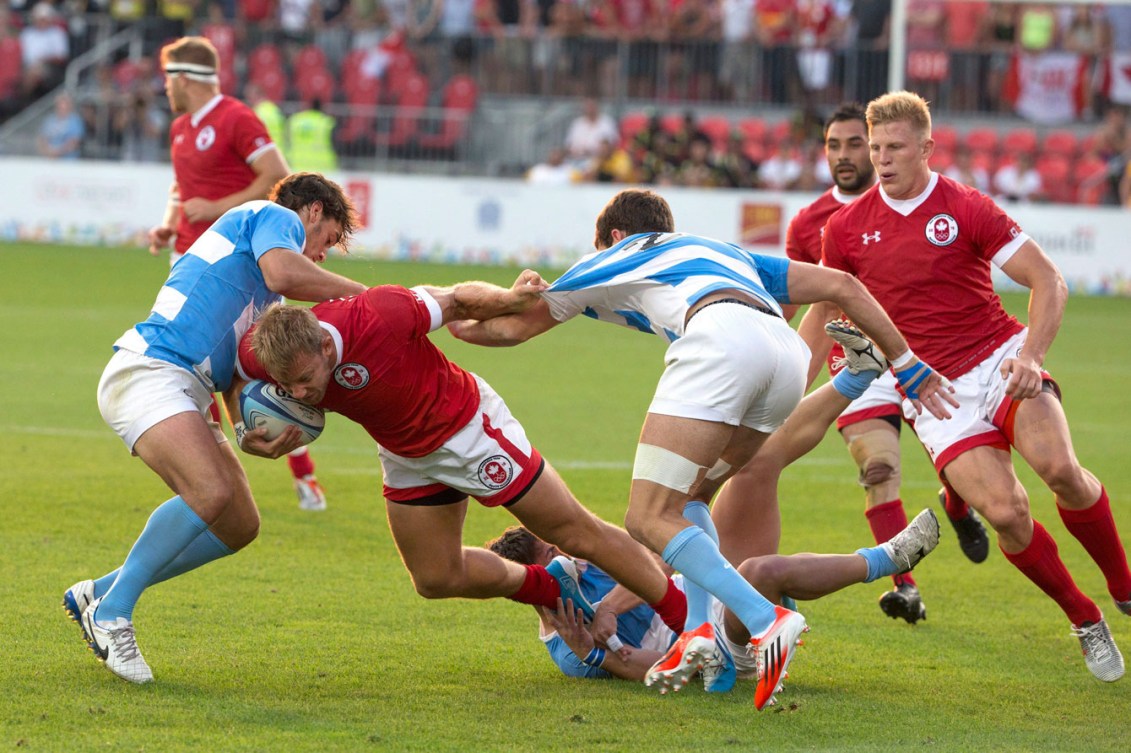 Harry Jones (centre) battles through three Argentinians to score the gold medal-clinching points with only 30 seconds left in the final.The other Canadians in the shot are John Moonlight (far right), Phil Mack (second from right) and Conor Trainor (background). (Photo: Canadian Press) 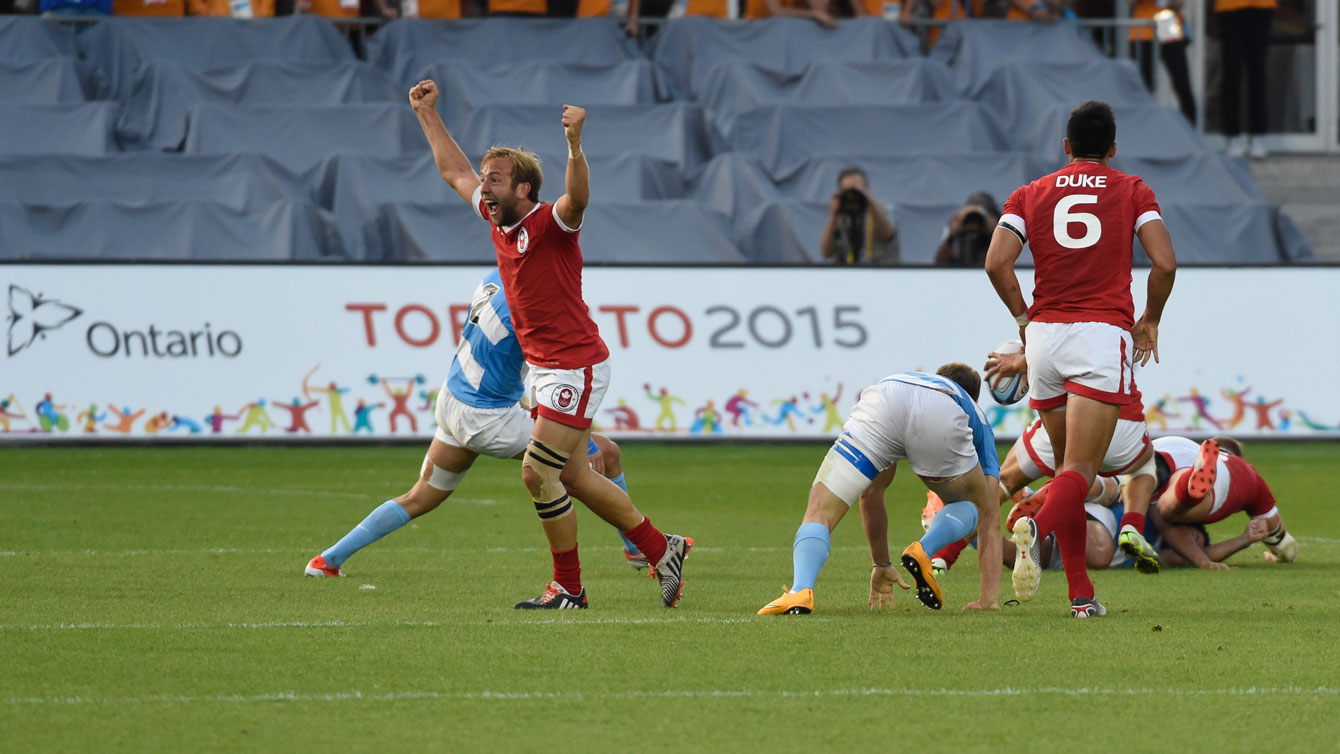 Sean White (left) is the first to react to the final whistle. Teammate Sean Duke can be seen still in full pursuit of the ball. (Photo: Jason Ransom) 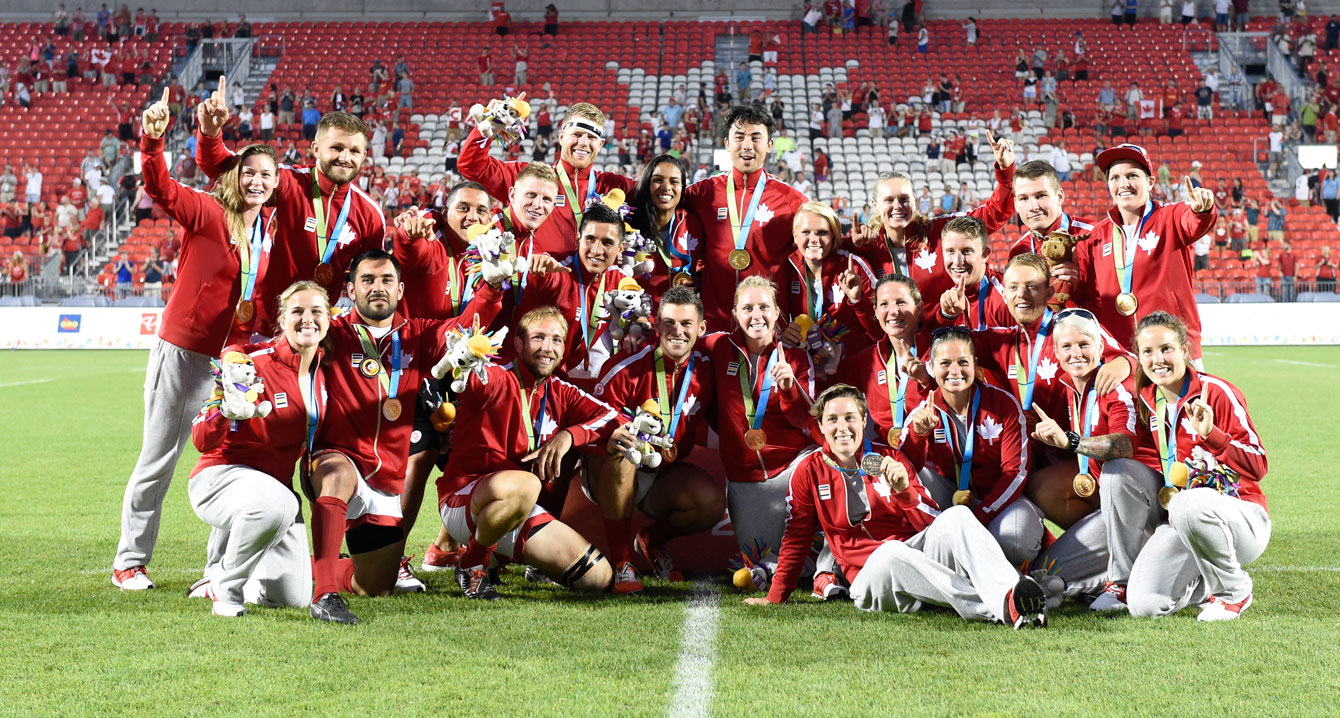 The men’s and women’s team gather with their gold medals to celebrate what was a special day in the history of Rugby in Canada. (Photo: Jason Ransom)