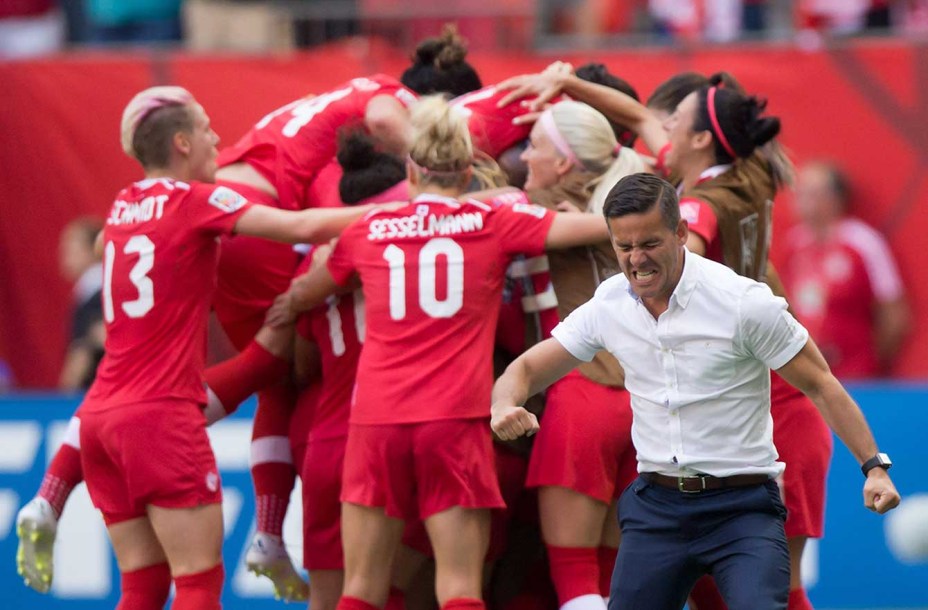 Canada’s women’s soccer team took the nation on an exhilarating ride to the podium at London 2012; now, it’ll be up to a new generation to try and repeat that feat.

Christine Sinclair, who scored a historic hat trick against the U.S. in the 2012 semifinals, is back as team captain. But the 33-year-old is one of only six returnees from Canada’s bronze-medal team four years ago.

For the team to succeed in Rio, they’ll need their newcomers to step up. 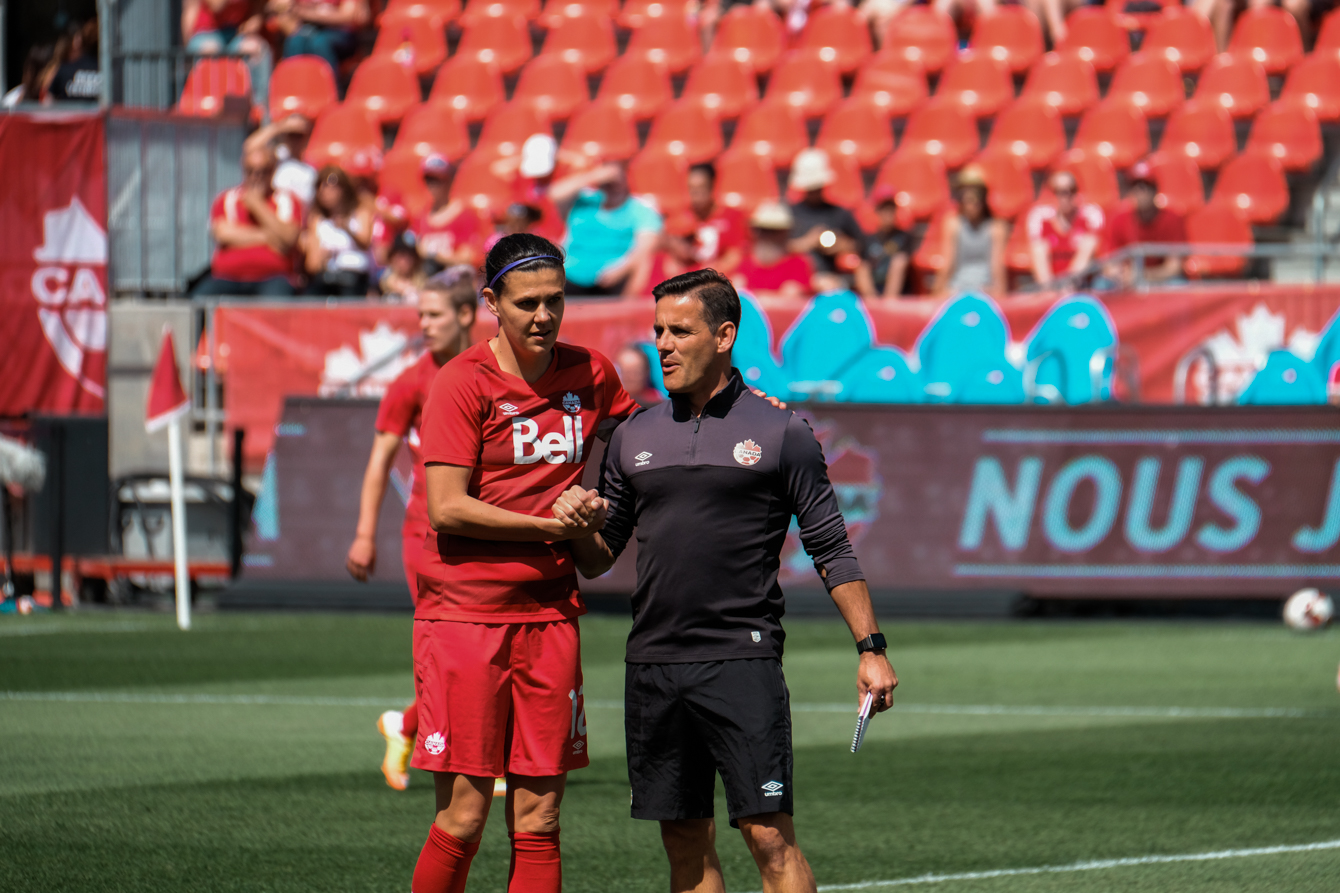 Christine Sinclair (left) and John Herdman before the international friendly in Toronto against Brazil on June 4, 2016.

“To get to the podium you really have got to find some of that X-factor,” said head coach John Herdman. 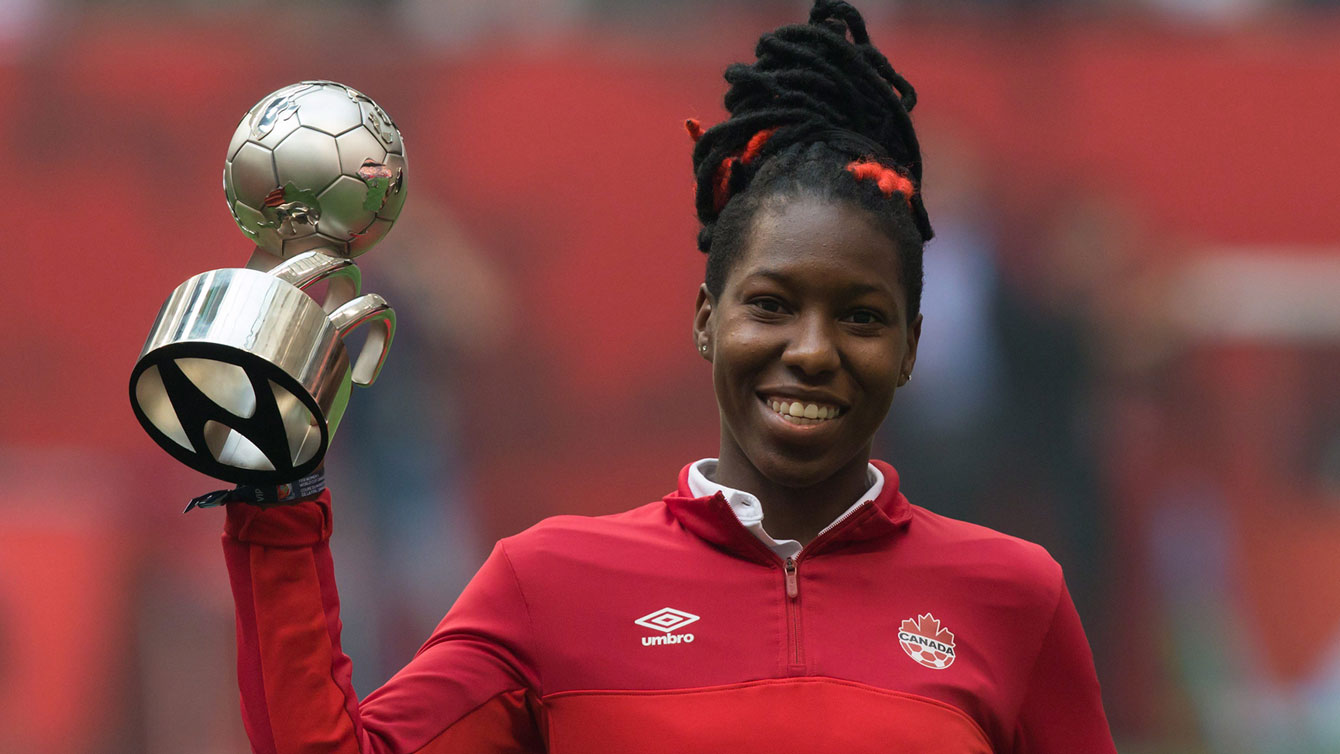 Other Olympic newcomers include a trio of 21-year-olds—defender/midfielder Ashley Lawrence, striker Janine Beckie and winger Nichelle Prince—and a pair of teenagers looking for big-tournament breakthroughs in Jessie Fleming, 18, and Deanne Rose, 17.

In the midfield, Herdman can rely on Olympic veterans Sophie Schmidt, Desiree Scott and Diana Matheson (who scored the bronze-medal-winning goal against France in 2012).

But at the goalkeeping position, Canada will be without its long-time top pairing of Erin McLeod (injury) and Karina LeBlanc (retirement), leaving Stephanie Labbé, 29, as the presumptive starter while 23-year-old Sabrina D’Angelo recovers from a wrist injury. 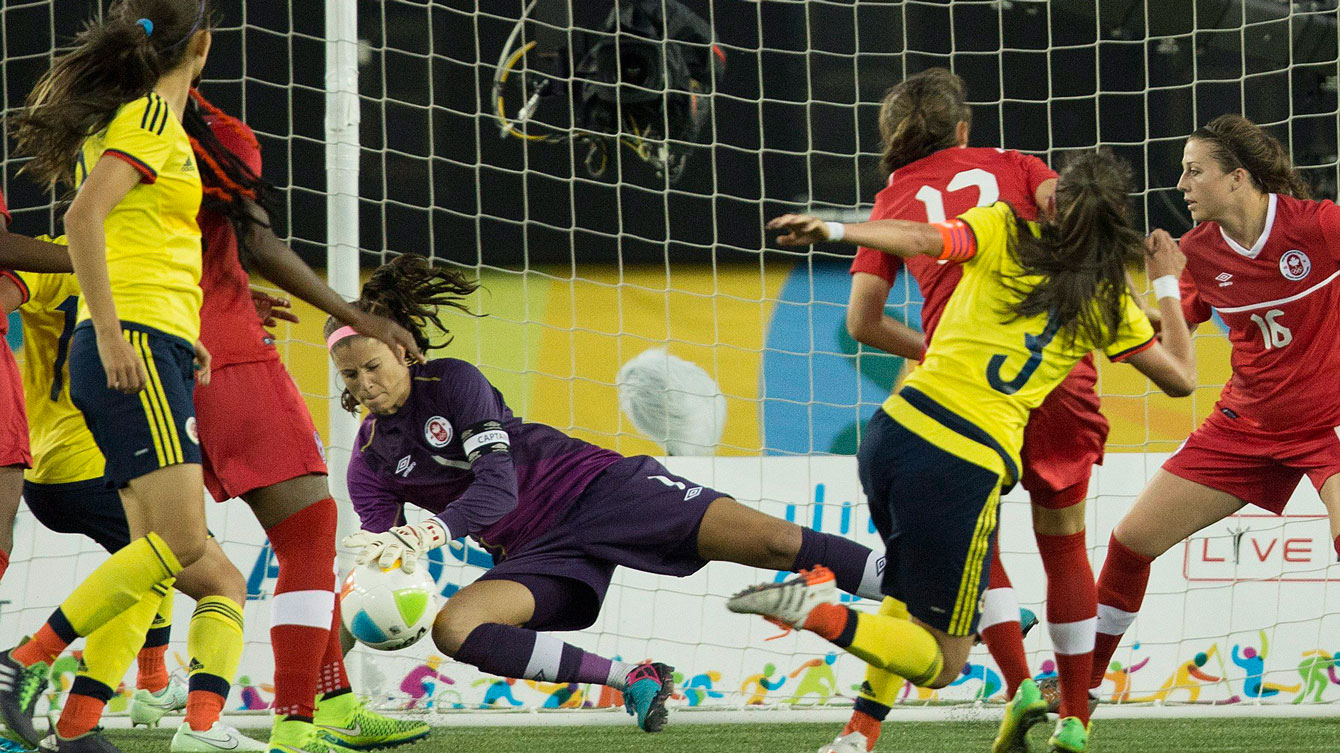 Coming off a quarterfinal appearance at last year’s Women’s World Cup on home turf, Canada has posted nine wins and three losses so far in 2016, with a friendly match scheduled against France in Auxerre on July 23.

The team will need momentum heading into a tough group in the 12-team Olympic field, where they’ll face ascendant Australia, underdog Zimbabwe, and perennial powerhouse Germany. The matches start on August 3 with Canada playing every three days.

“The group stage is going to be a challenge,” says Herdman. “There’s absolutely no room for error.”

Besides Germany, other top medal contenders include France, Brazil and the U.S., any of whom Canada could face if they reach the quarterfinals. While Canada’s revamped roster has enjoyed some success so far, they’d face an uphill battle in a knockout game against such an opponent.

But Herdman’s team wasn’t favoured to reach the podium in London, yet did it anyway—a fact that will surely serve as inspiration for this year’s fresh-faced squad.