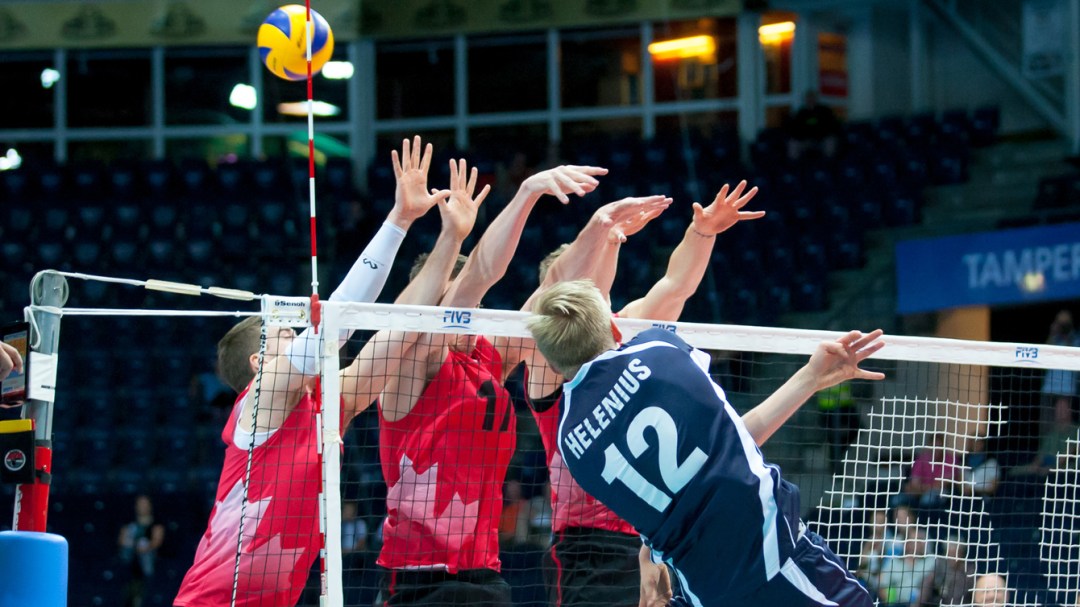 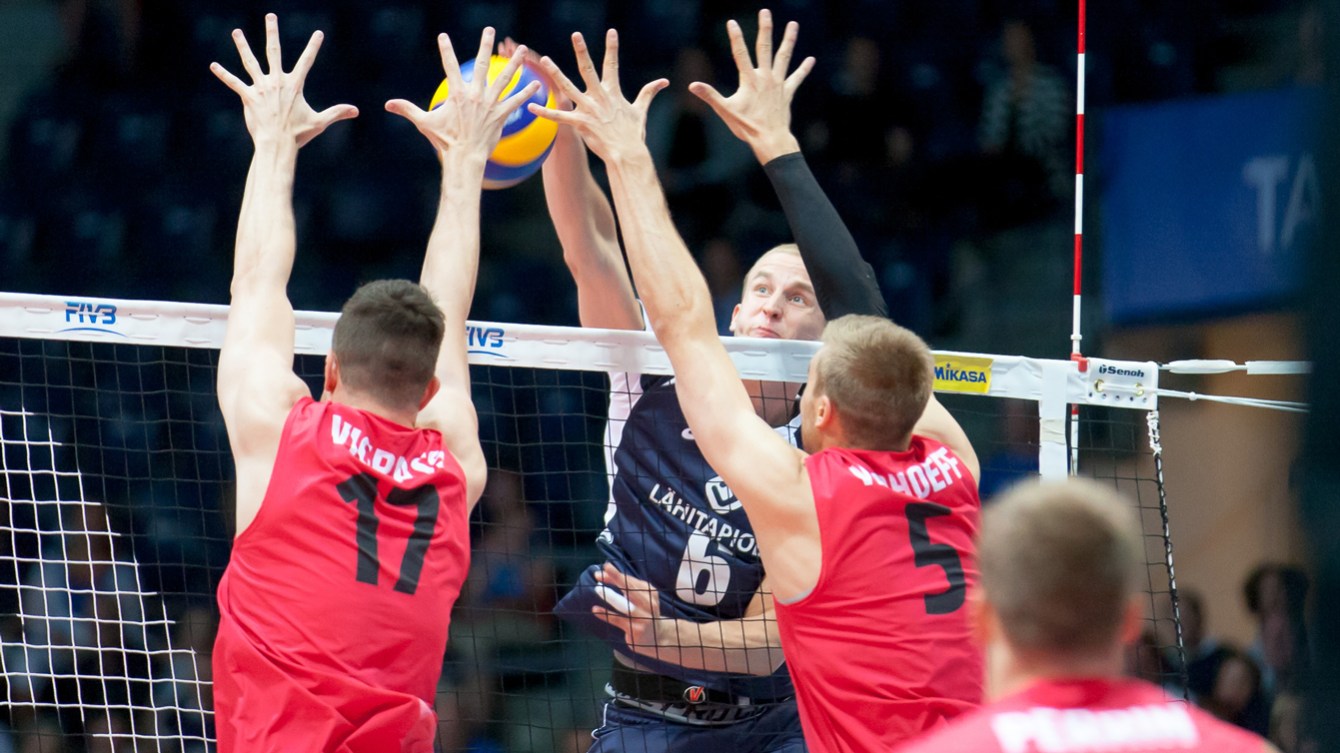 Canada’s Graham Vigrass (No. 17) and Rudy Verhoeff (No. 5) in action against Finland on July 3, 2016 at the FIVB World League tournament in Finland. (Photo: FIVB)

In the deciding set, Finland jumped out to a 3-0 lead only to have Canada tie it up at 4-4. The set went back-and-forth from there, leading to a 13-13 tie. The Finns would close it a spike and a block, grabbing the final two points and the victory.

Nicholas Hoag led the way for Canada with 18 points.

In the second match of the Finland leg of the Intercontinental Round, Volleyball Canada’s men’s team defeated Portugal in straight sets (25-18, 25-22, 25-21).

With the positive result, the Canadian squad improved its record to eight victories in as many matches of the 2016 FIVB World League, the second against the Portuguese team. Having already beaten Cuba in Finland on Friday (more on this below), Canada is already on its way to the next phase of the tournament with one match to go.

In the second leg of the competition, held in Saskatoon, Team Canada defeated the European squad 3-1.

Gord Perrin was the top-scorer for the winning team, with 14 points.

Both teams have already secured their spots in Group 2 finals. While unbeaten Canada leads Group 2, with 23 points, Portugal is the host of the tournament and is already qualified for the final four. 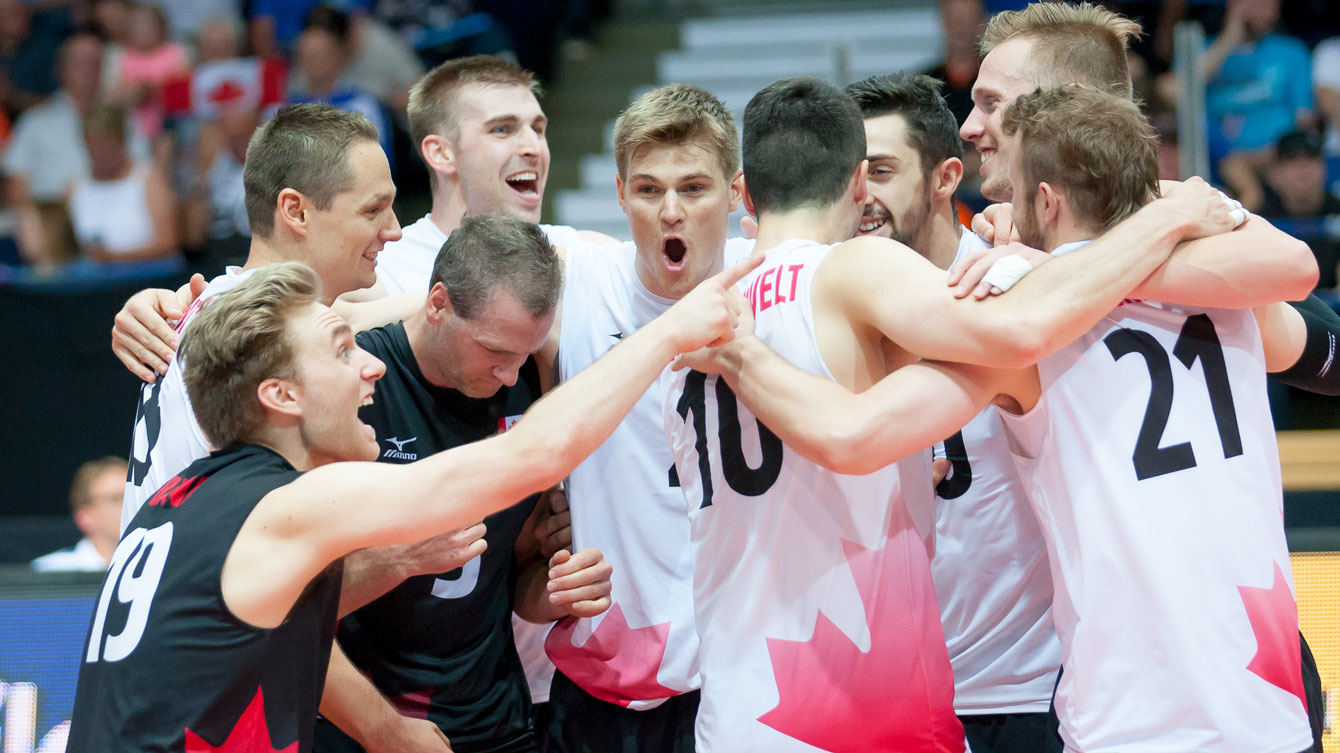 On Sunday, Canada will meet the host Finland, for the last match of the Intercontinental Round.

Group 2 finals will be held in Matosinhos, Portugal, from July 9-10. The final round could lead to a promotion to Group 1 next season if certain FIVB conditions for eligibility are met. 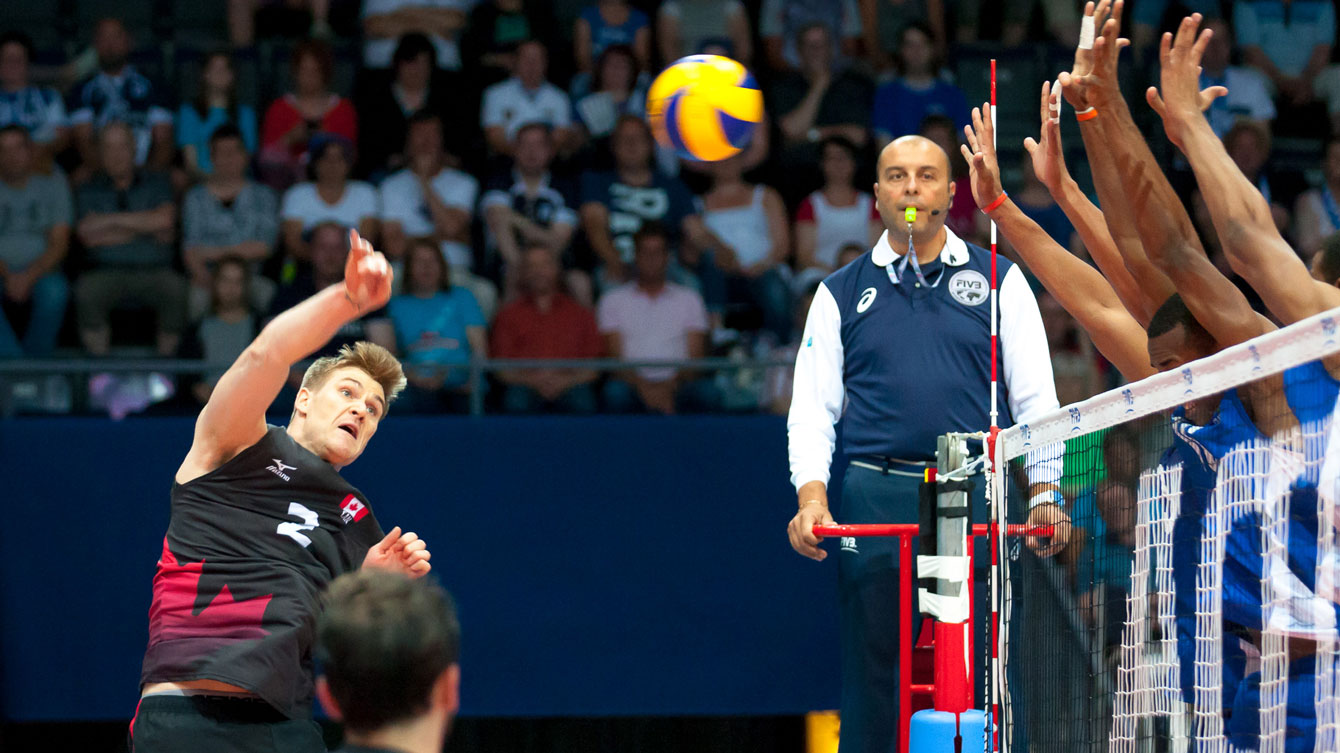 Still unbeaten, the Canadian squad reached its seventh win in the World League, consolidating the top of Group 2 ranking with 20 points,and qualifies to the finals with two games left to play.

With this record, Team Canada will still head to the finals even if it loses the last two matches of the Intercontinental Round, since three teams go to the finals and Finland (currently fourth place, with 13 points) can not reach 20 points.

With 2 games remaining in pool at #FIVBWorldLeague, CAN advances to Group2 Final4 in Portugal next wknd. What a day! pic.twitter.com/ABovVGCVnt

Canada’s Gord Perrin was the top scorer of the match, with 28 points.

In the Cuban side, Abrahan Gavilan scored 20 points.

“This was a hard fought match from both. We lacked maybe a little bit of freshness because of a lot of travelling, but I liked the way my team played. Team fought hard of every ball and that is very good thinking of future,” Canada’s head coach, Glenn Hoag, told FIVB website. 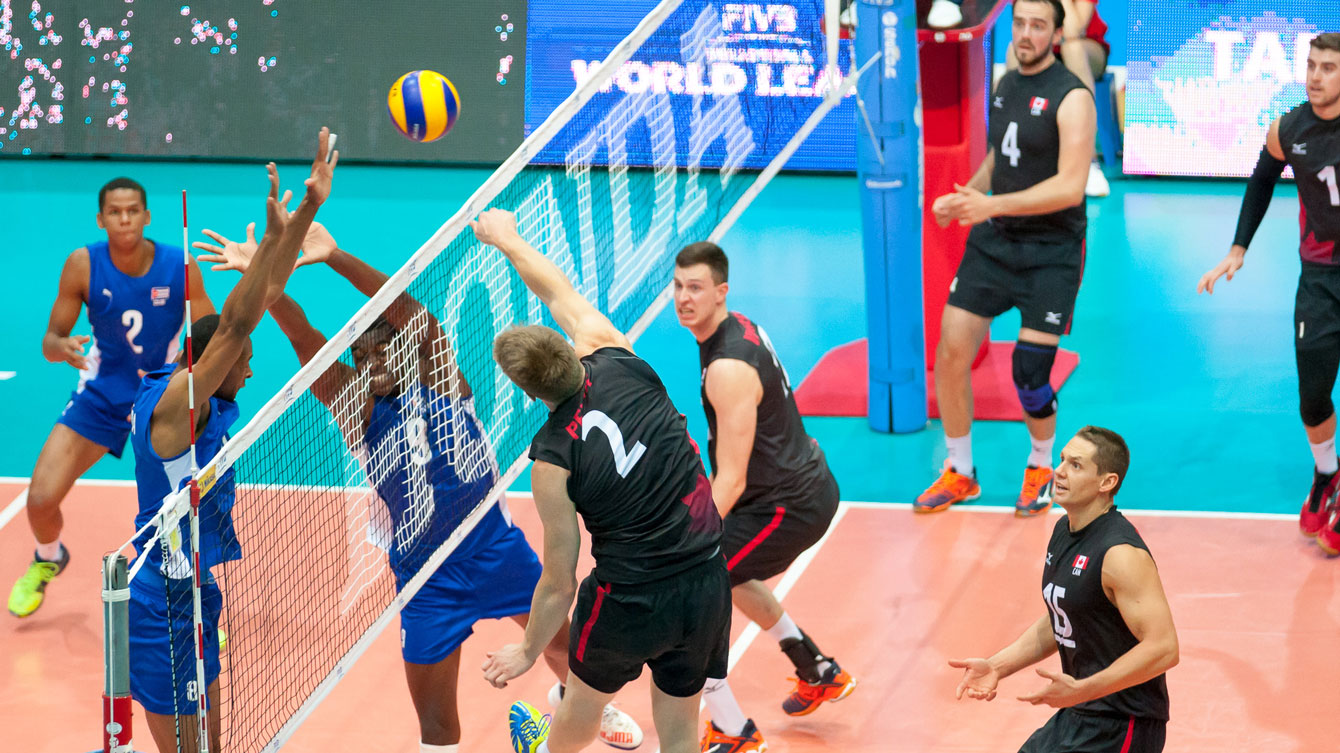 On Saturday, Canada and Portugal will meet again. Team Canada defeated the European squad 3-1 in the second leg of the competition, held in Saskatoon. On Sunday, the opponent will be host Finland.

At the end of the Intercontinental Round, the first three teams of Group 2 will join the host Portugal in the finals in Matosinhos, from July 9 to 10. The final round could lead to a promotion to Group 1 next season if certain FIVB conditions for eligibility are met. 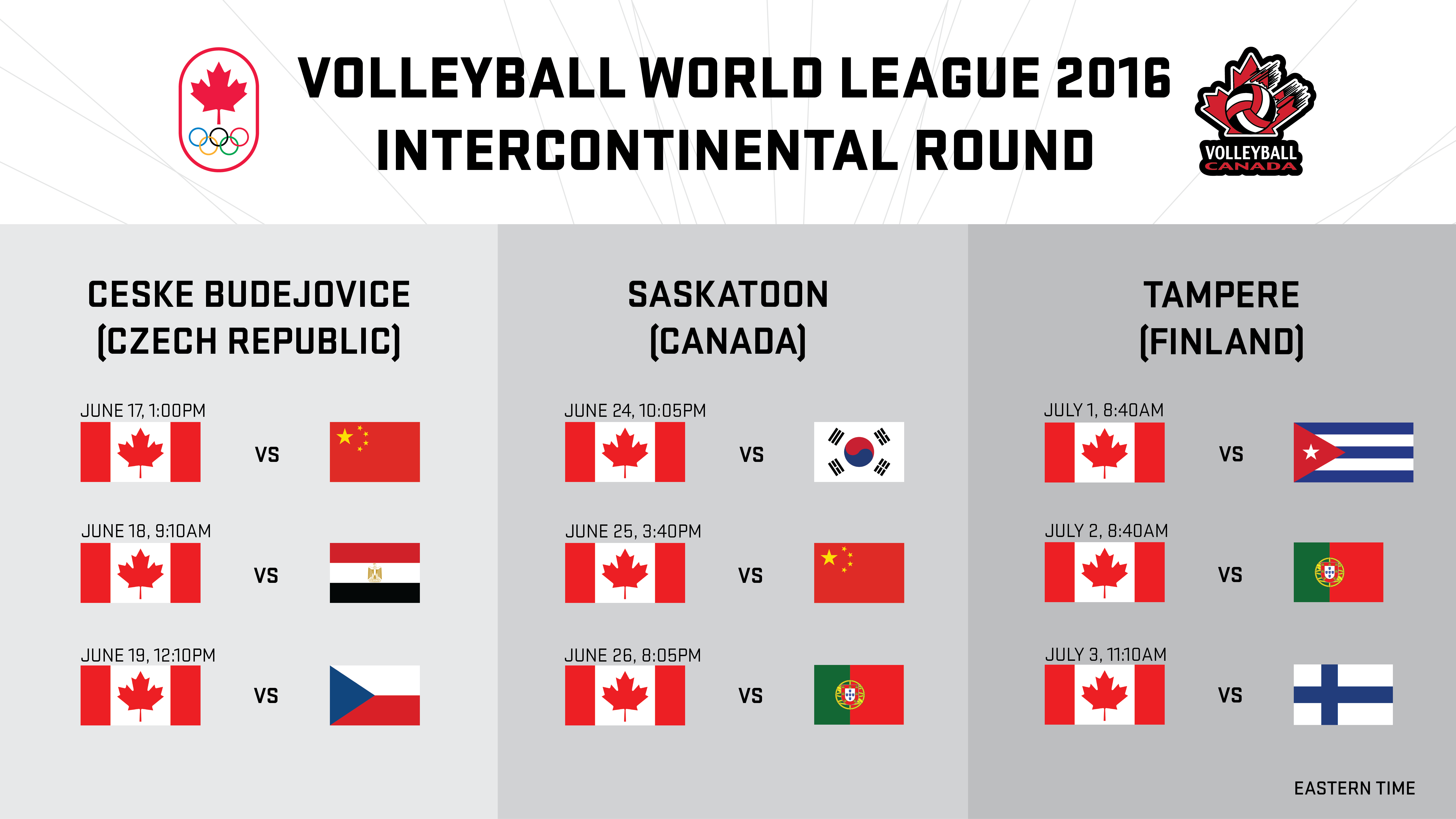