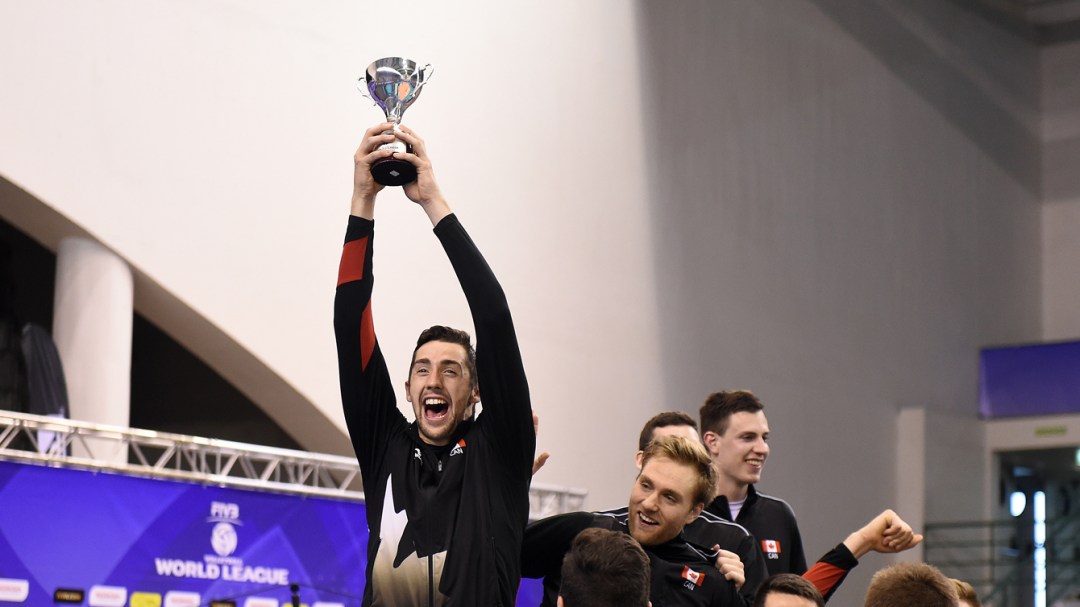 Stephen Maar had his first international experience with the senior national team in 2015 when he was named Best Spiker and Best Outside Hitter at the Pan Am Cup where Canada finished fourth. He joined the team for the FIVB World League in 2016. A year later, he was part of Canada’s bronze medal run at the FIVB World League, a best ever international result for the men’s volleyball team. At the 2017 NORCECA Continental Championship, Maar was named Best Outside Spiker as Canada won another bronze medal.

Maar made his FIVB World Championship debut in 2018 just three weeks after spraining his MCL and ankle. In 2019, he competed in his first FIVB World Cup. He was part of Canada’s seventh-place finish in the inaugural FIVB Nations League in 2018. In 2019, he earned his second straight Best Outside Spiker Award and bronze medal at the NORCECA Championship.

In January 2020, Canada went undefeated at the NORCECA Continental Qualifier to earn their ticket to Tokyo 2020. Maar was named Best Scorer and Best Outside Spiker and helped turn Canada’s trajectory in a crucial match against Cuba, which ended up as a five-set victory. In his Olympic debut, Maar helped Canada reach the quarterfinals.

Maar played collegiately at McMaster University from 2013 to 2016. He finished on the podium four times at the CIS Championships with the Marauders, taking silver and bronze twice each. He tore his ankle at the start of his third year and was nearly forced to stop playing entirely. But with the help of an osteopath, he was able to get back a large percentage of his mobility and build back his strength.

He turned pro in 2016 and has played primarily in the Italian Serie A1 since. In 2018 he finished third for the CEV Cup with Calzedonia Verona and in 2021 he won the third tier CEV Challenge Cup with Allianz Milano.

A Little More About Stephen

Getting into the sport: Started playing at age 14. It allowed him to connect with his older brother Ryan, loved going outside and playing with him when they were younger… Has wanted to represent Canada since watching Vancouver 2010… Biggest role models have been his parents who were always supporting him and his brother… Outside Interests: Graduated from McMaster University in 2016 with a bachelors of Political Science… Would like to pursue a career in environmental management / sustainability… Enjoys reading, travelling, watching comedies, getting up to the cottage, seadooing, swimming, visiting friends and family…