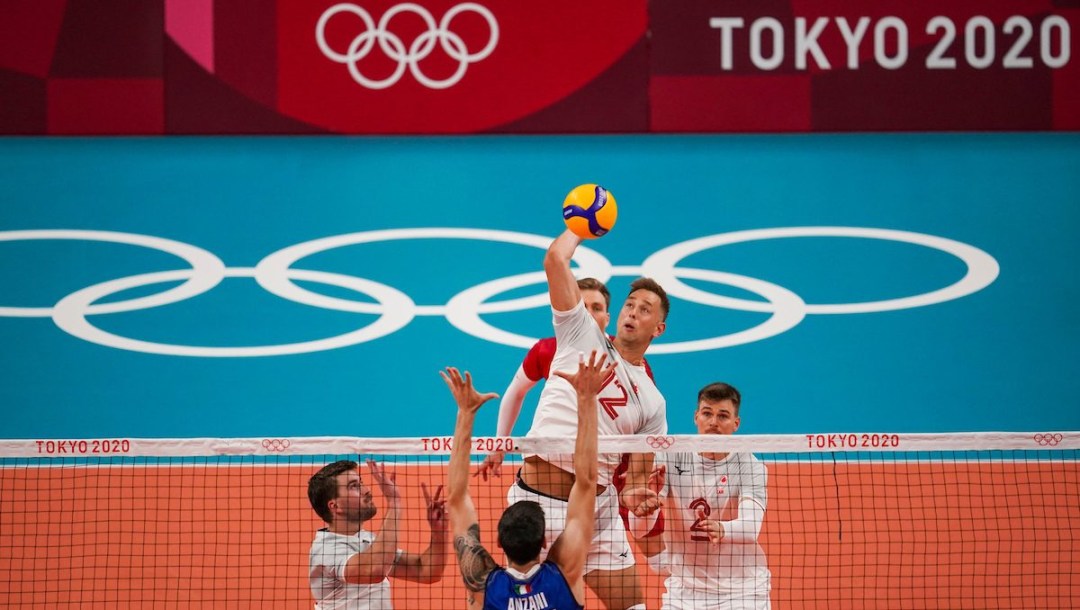 In January 2020, Van Berkel helped Canada go undefeated at the NORCECA Continental Qualifier, securing their spot at Tokyo 2020. When competition resumed following a shutdown for the COVID-19 pandemic, Van Berkel helped Canada finish eighth in the 2021 FIVB Nations League. In his Olympic debut at Tokyo 2020, Canada also finished eighth after making it to the quarterfinals.

When he was 18, Van Berkel had surgery on his left knee for Osteochondritis dissecans before beginning his collegiate career at Trinity Western University. With the Spartans he won back-to-back CIS Championships in 2011 and 2012 and finished second in 2010. While attending TWU he represented Canada at the 2011 FIVB Junior World Championships and U21 Pan Am Cup, winning silver at the latter, as well as the 2012 U23 Pan Am Cup. He competed in his first multi-sport games at the 2013 Universiade. In Kazan he led Canada to a fifth-place finish and was named the tournament’s Best Middle Blocker.

He turned pro in 2014 and has played in Sweden, Czech Republic, Switzerland, Italy, Turkey, andy Germany. He won the treble with Linkoping VC in his rookie year, winning the Swedish League, Swedish Cup, and NEVZA title. While playing in Switzerland with Lindaren Volley Amriswil in 2017 he won the Swiss League, Cup and SuperCup. He won the Turkish SuperCup in 2020 with Galatasaray before the season was shut down. In 2021 he helped SWD Powervolleys Düren to third in the German Bundesliga and was named the league’s Best Spiker.

A Little More About Lucas

Getting into the Sport: Started playing volleyball at age 12 and joined his first club at 14… Only played competitive volleyball because he was cut from his club soccer team… Outside Interests: Enjoys watching and playing almost any sport… Graduated from Trinity Western University in 2015 with a degree in kinesiology… Would like to pursue a career as a firefighter or start his own fitness centre… Odds and Ends: Collects beer mugs from his travels… Favourite motto: “Believe!”