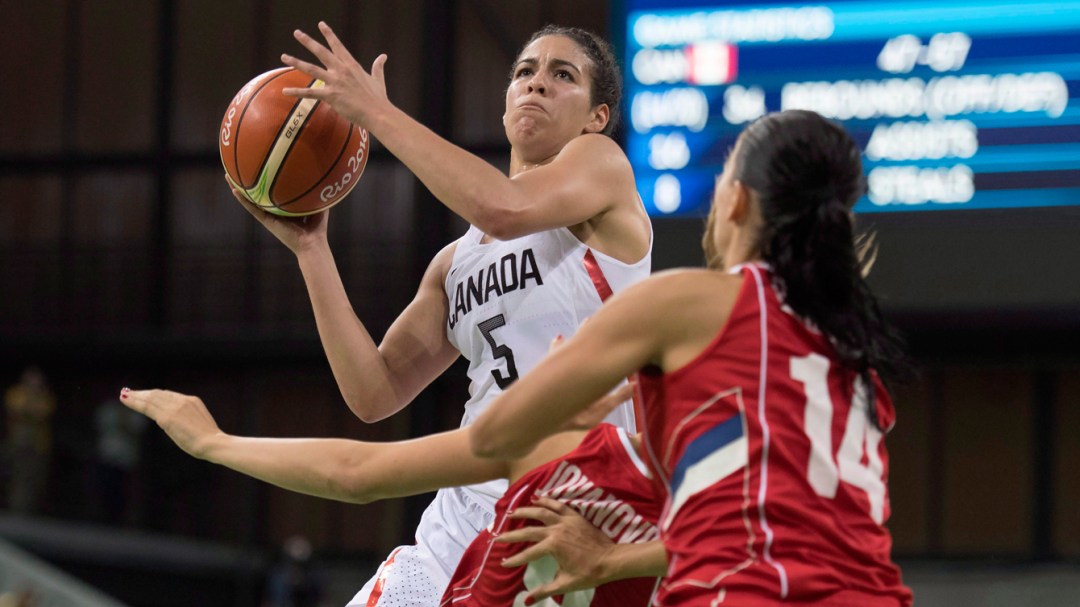 Canada’s women’s basketball team is looking to move on from its last game in order to move on at Rio 2016.

“It’s going to be important to leave this one behind, and learn and get ready for France,” said Canada’s head coach, Lisa Thomaidis, following Canada’s loss to Spain on Sunday.

Canada fell 73-60 to Spain on the final day of preliminary round play, dropping their record to 3-2 at the Olympic Games. Despite the loss, the Canadians still finished third in Group B, qualifying for the quarterfinals. 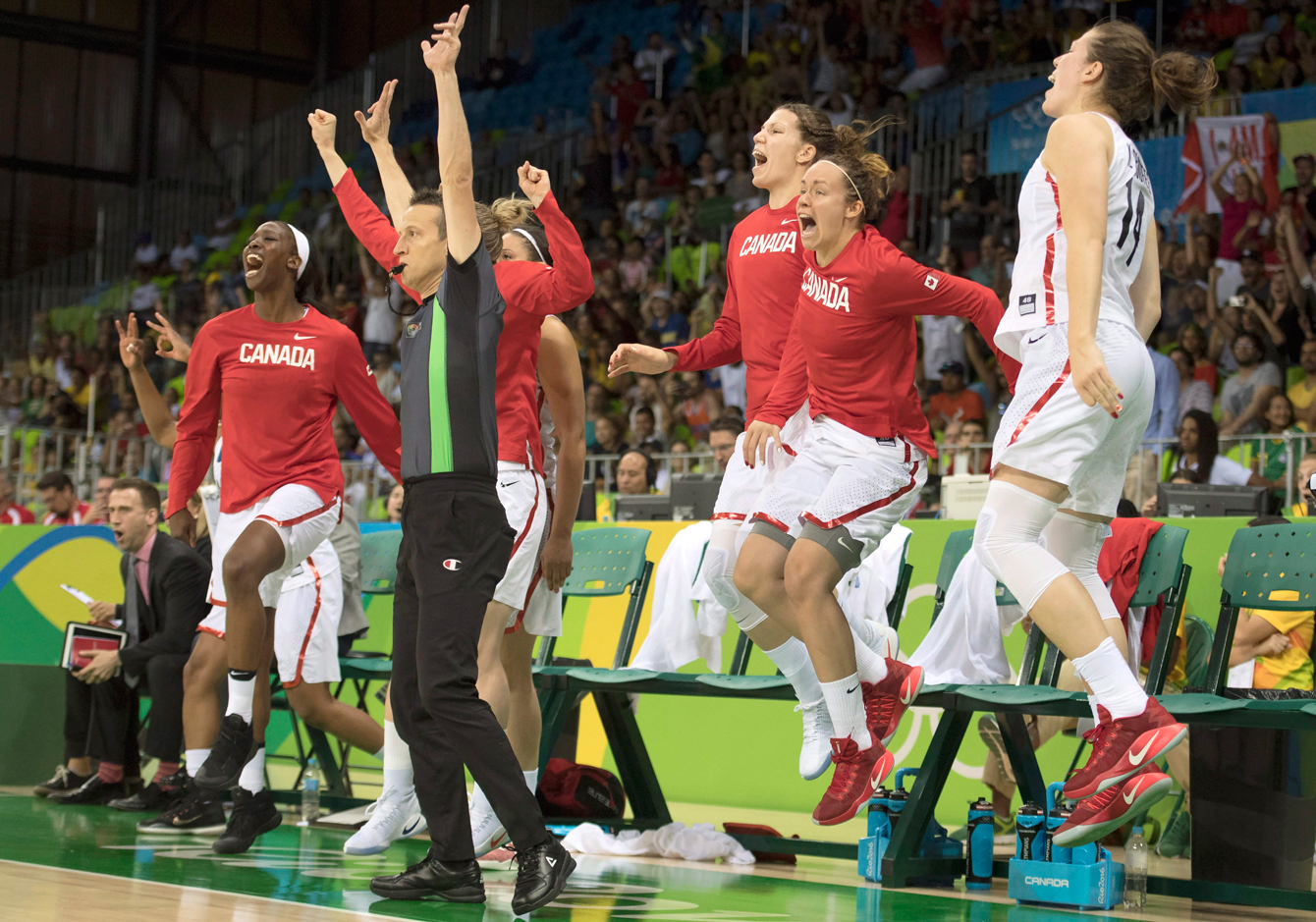 Canada’s (left to right) Tamara Tatham, Michelle Plouffe, Shona Thorburn and Katherine Plouffe leap in the air as they celebrate the game-winning shot to defeat Serbia in their preliminary round basketball match at the 2016 Summer Olympics Monday August 8, 2016 in Rio de Janeiro, Brazil. THE CANADIAN PRESS/Frank Gunn

The Canadian squad will take on France in Tuesday’s quarterfinal, a team that finished second in Group A with a 3-2 record. The two teams have met recently in exhibition play, with Canada winning 66-52 in Caen, France on June 7 and 71-63 on July 31 in New York.

“Hopefully we come out swinging from the beginning,” said Canada’s Tamara Tatham about the must-win contest.

“We have got to commit to make shots and also just the easy baskets and buckets.” 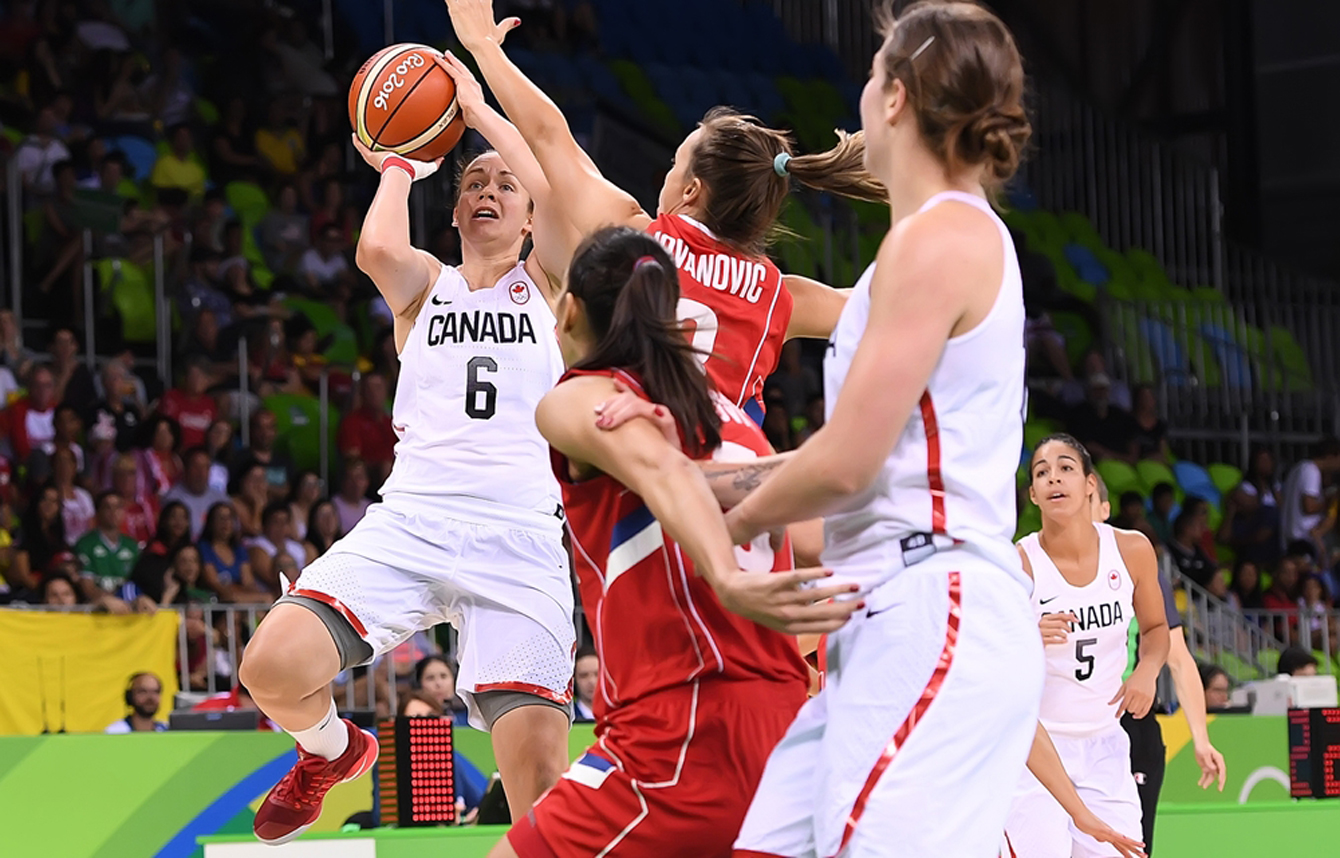 Canada’s Shona Thorburn goes for a shot against Serbia at the Rio 2016 women’s basketball tournament on August 8, 2016. (Photo: FIBA)

After a 3-0 start to the tournament – defeating China, Serbia and Senegal – Canada, ranked ninth, dropped it’s final two games, falling to the top ranked United States and third ranked Spain. The Canadians were the only team to keep the powerhouse Americans under 100 points.

“We have got to regroup, come back and come into the next game because it’s a must-win,” added Tatham.

Kia Nurse leads Canada in scoring with 11 points per game while Nayo Raincock-Ekunwe and Kim Gaucher are averaging 6.2 rebounds. 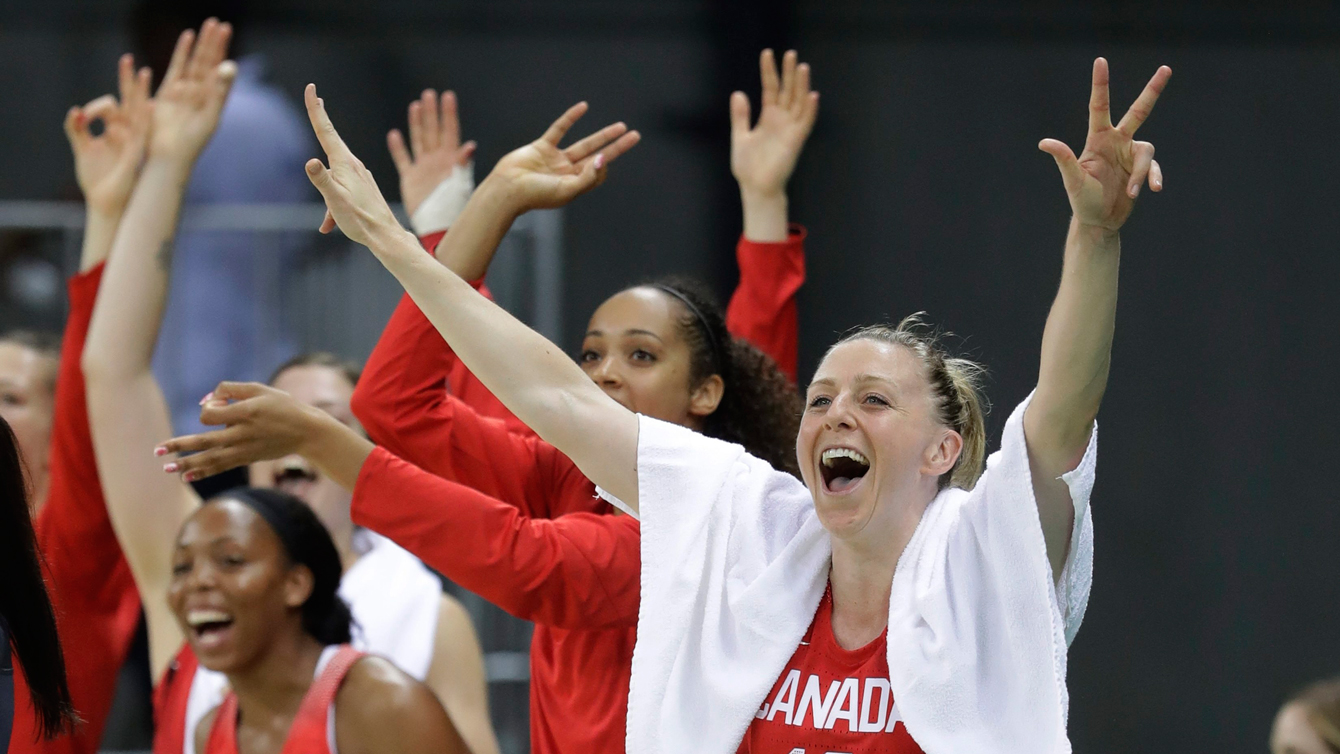 Canada forward Lizanne Murphy and teammates react after a three-point play during the second half of a women’s basketball game against Chin at the Youth Center at the 2016 Summer Olympics in Rio de Janeiro, Brazil, Saturday, Aug. 6, 2016. (AP Photo/Carlos Osorio)

The other quarterfinals feature the United States taking on Japan, Spain facing Turkey and Australia battling Serbia. The winners advance to the semifinals.

The winner of Tuesday’s France-Canada contest – which takes place at 9:15 p.m. (ET) – will take on the winner of United States-Japan in the semis.

Canada reached the quarterfinals of London 2012 where they lost to the United States. The team’s best ever Olympic finish was fourth at Los Angeles 1984. 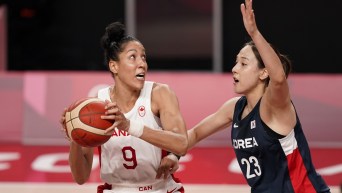 Shona Thorburn, a member of the national team since 2005, made her first appearance at an Olympic Games in 2012…