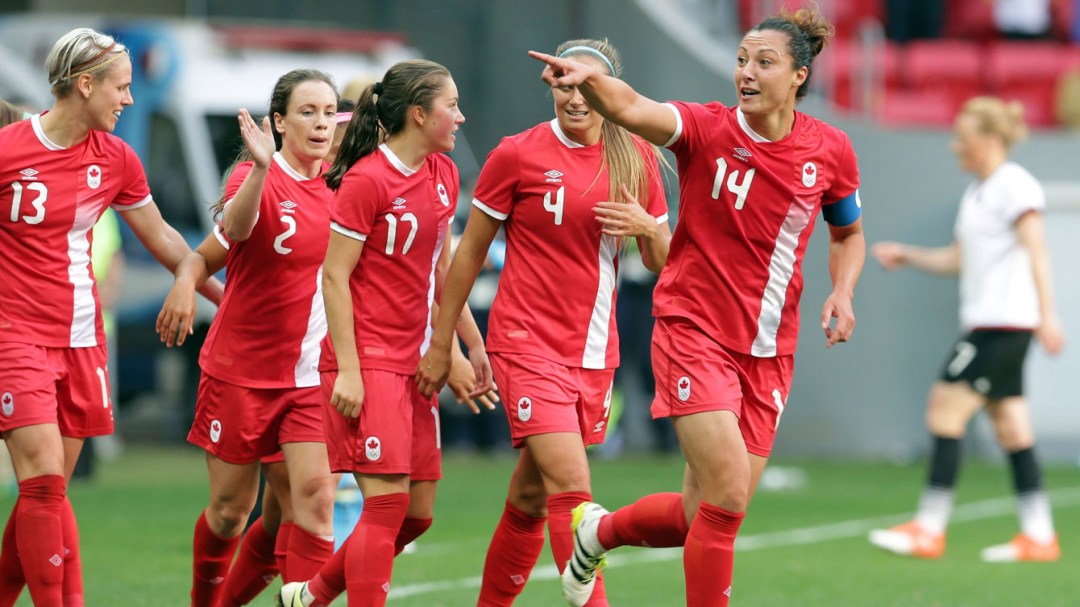 The Canadian women’s soccer team is doing it “all for the anthem”.

Throughout the Rio Games, members of the team have used the social-media hashtag #AFTA to remind themselves, and the world, of their goal of winning gold and hearing O Canada played at the medal ceremony.

We can’t stop, we won’t stop! On to the semi-final! How about this team though?! #CANWNT #AFTA 😜🇨🇦✊🏼

Now that goal is in their sights, with the semifinal against Germany on Tuesday. But head coach John Herdman’s team definitely isn’t taking anything for granted.

“It comes down to a bit of willpower after four or five matches in a tournament,” said Herdman. “And I think we have an abundance of that.” 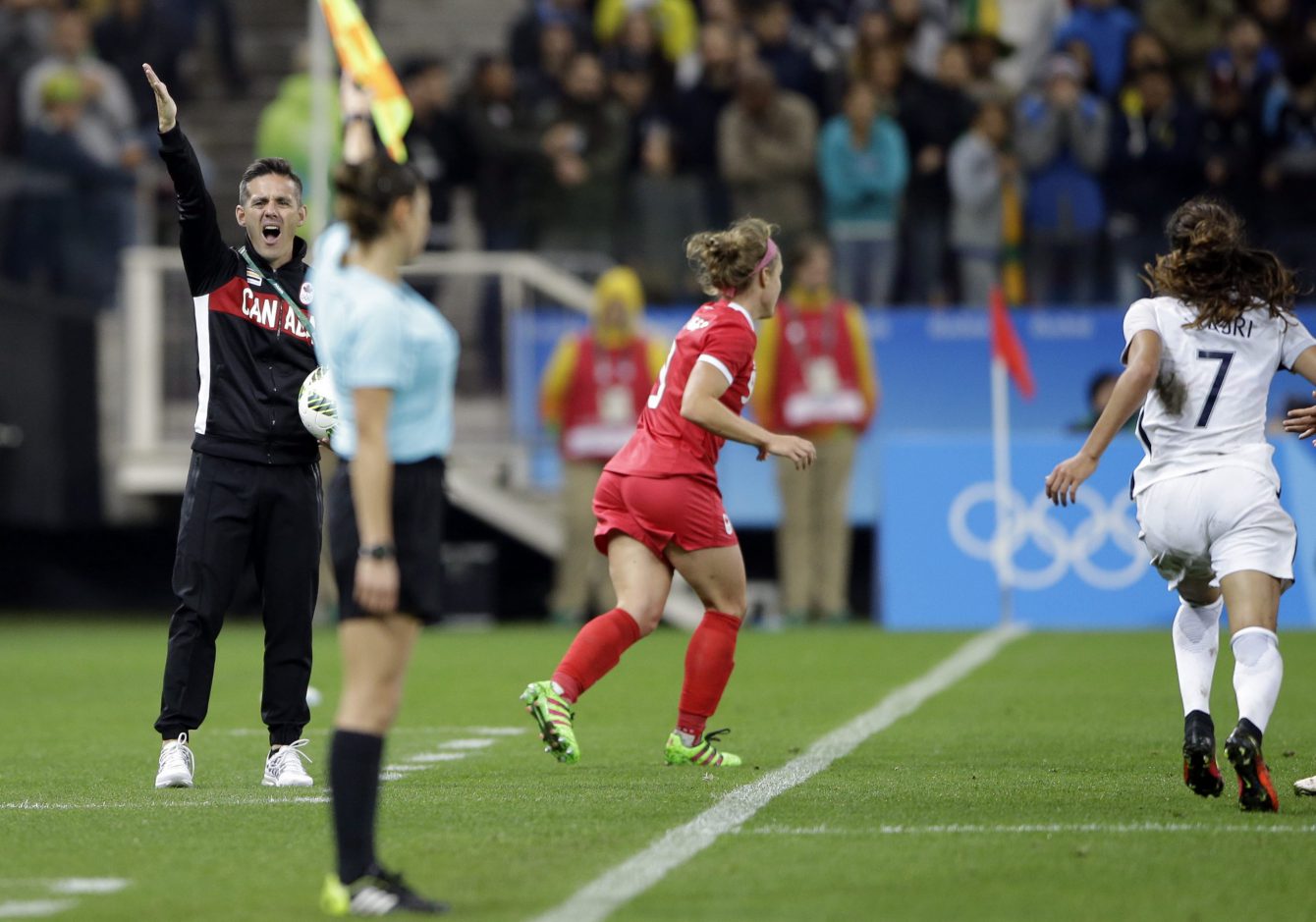 Canada coach John Herdman, left, shouts during a quarter-final match of the women’s Olympic football tournament between Canada and France in Sao Paulo, Brazil, Friday Aug. 12, 2016. Canada’s won1-0 and went through to the semi-finals.(AP Photo/Nelson Antoine)

The semifinal will be Canada’s fifth game in 14 days, a physically and mentally taxing schedule for the 18-player squad.

“That’s the reality of these tournaments, the games come thick and fast,” said Herdman. “You have to pour your everything into matches when you’ve played your heart out already.”

The team has poured everything into its four games so far, winning all of them. That included a win over Germany in the group stage, the first time Canada has ever beaten the Germans at the senior level. 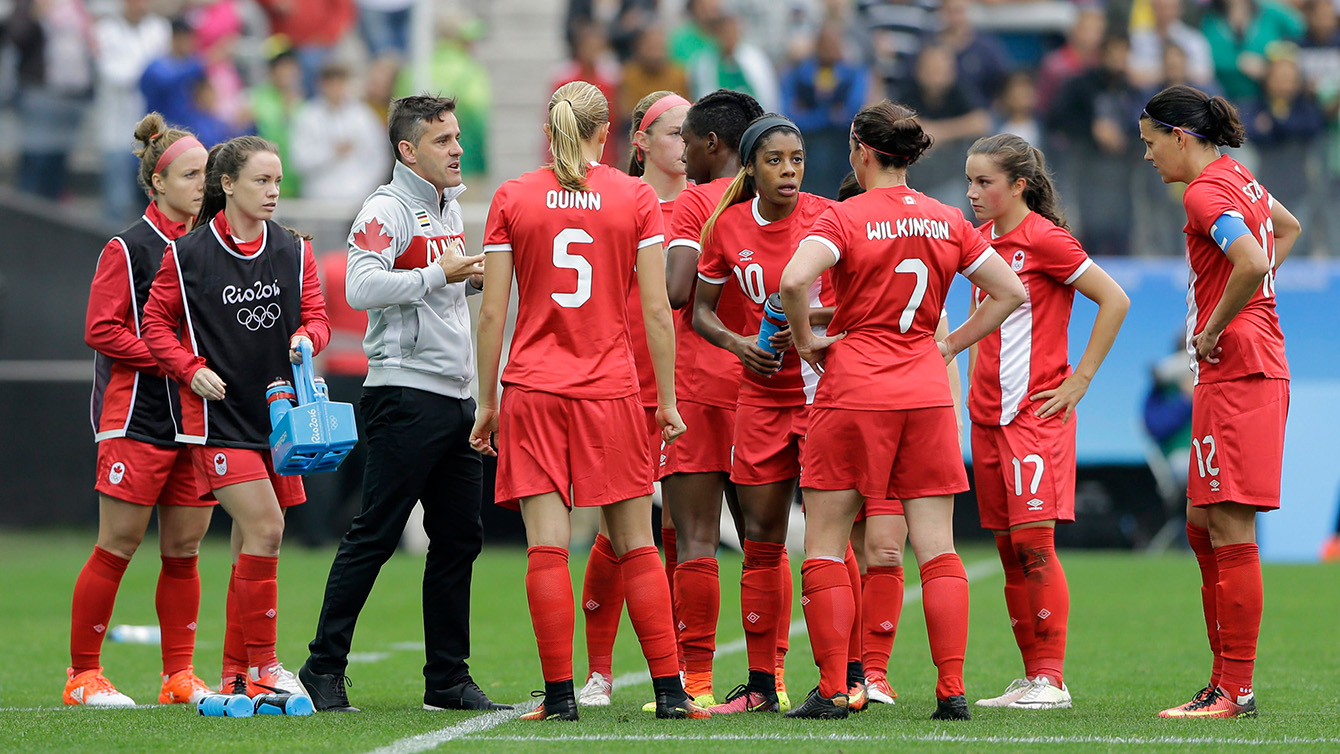 The tight schedule meant both teams were resting some players in that game, but Canada and Germany will both be back at full strength for the crucial semifinal.

“It’s going to be tough to play Germany again, one of the best teams in the world,” said forward Janine Beckie, one of the players who was rested in the previous game.

“But we have everything we need in this group of players.”

Beckie said her team has succeeded so far on the strength of its defence, but that they’ll need to bring more of an “attacking edge” to beat Germany. 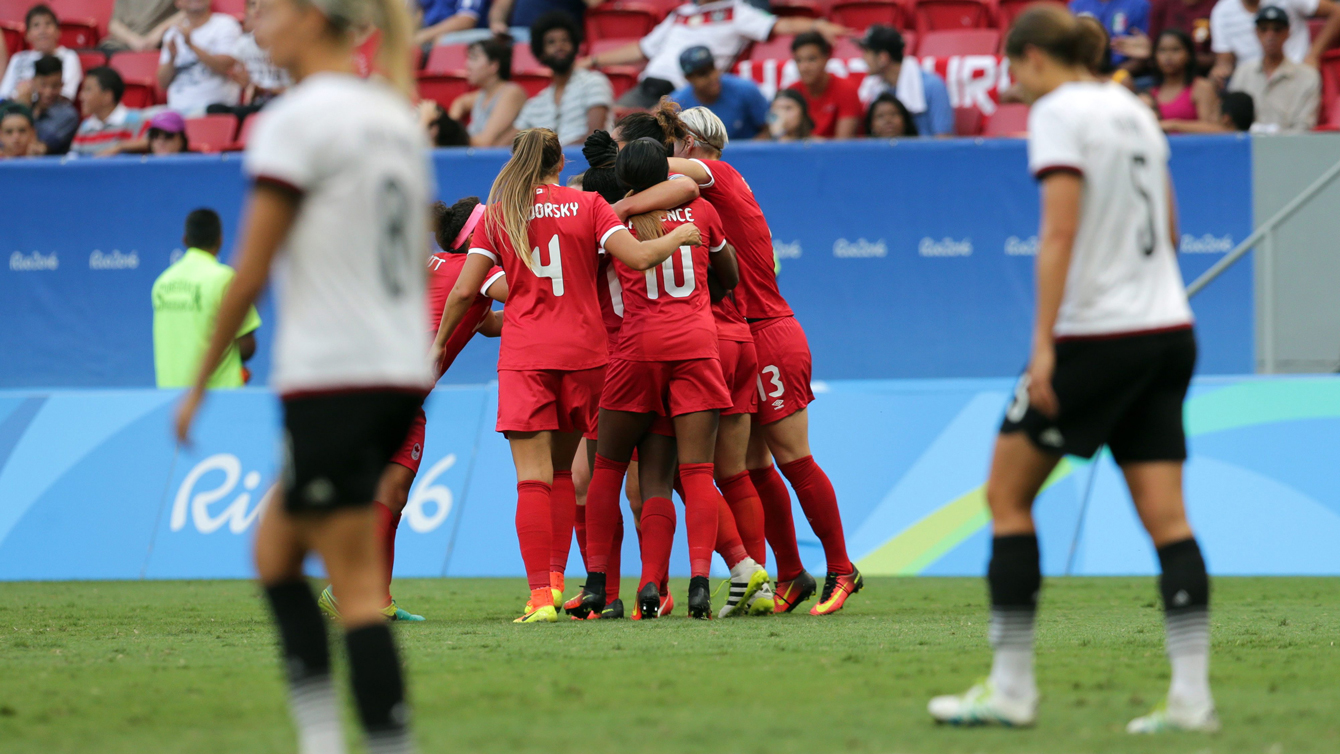 Canada’s players celebrate after scoring their second goal during a F match of the women’s Olympic football tournament between Germany and Canada at the National Stadium, in Brasilia, Brazil, Tuesday, Aug. 9, 2016. (AP Photo/Eraldo Peres)

If that happens, she’ll likely play a big part. The 21-year-old, in her first Olympics, leads the team with three goals and also recorded an assist on Sophie Schmidt’s winning goal in the quarterfinal against France.

Brazil and Sweden meet in the other semifinal, with the winner facing the winner of Canada-Germany in Friday’s gold-medal match. (The two losing teams from the semis will compete for bronze.)

After winning bronze at London 2012, the Canadian team has its eyes on another medal in Rio—but they’re hoping for a different colour this time.

“If we grind this out, we are on the podium,” said Herdman. “It’s that simple for us.” 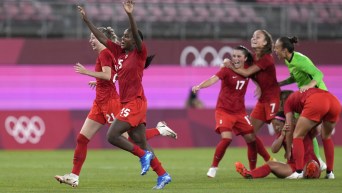 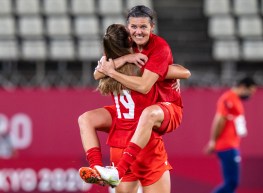 Matthew Sarmento has more than 120 senior national caps since making his international debut in 2011.