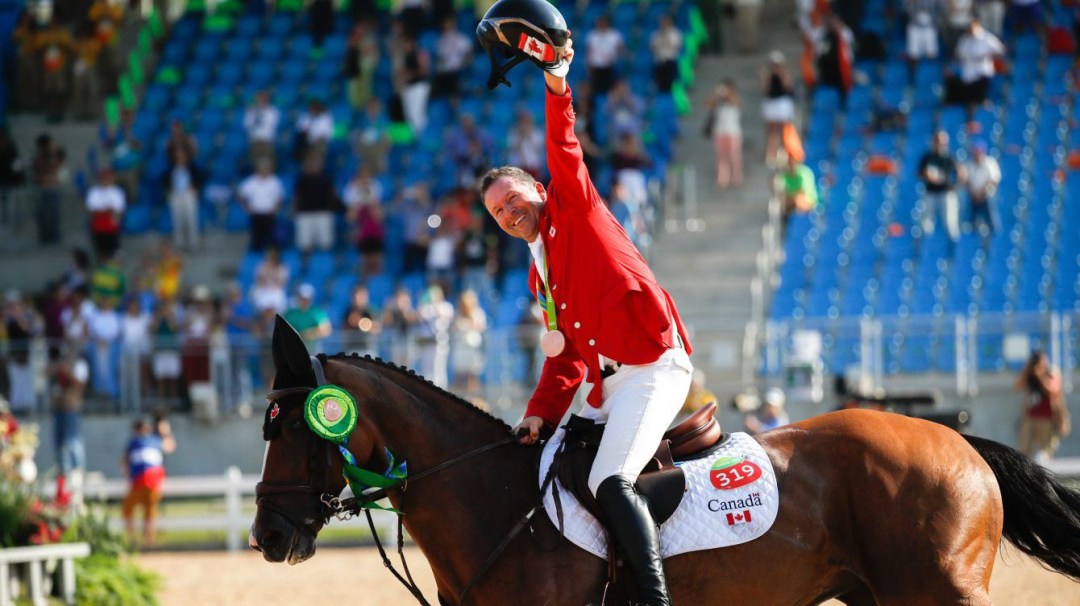 Eric Lamaze: “This makes it all worth it”

Five rounds of faultless riding. A six-way jump-off. And at the end, an Olympic bronze medal. For Eric Lamaze, it was a most unexpected result at Rio 2016.

In November, it will be five years since his super stallion Hickstead collapsed and died during a competition in Italy. Their partnership had been one of the most accomplished in Canadian history, with Olympic gold and silver at Beijing 2008 and a World Equestrian Games bronze medal in 2010 where the steed was named Best Horse. 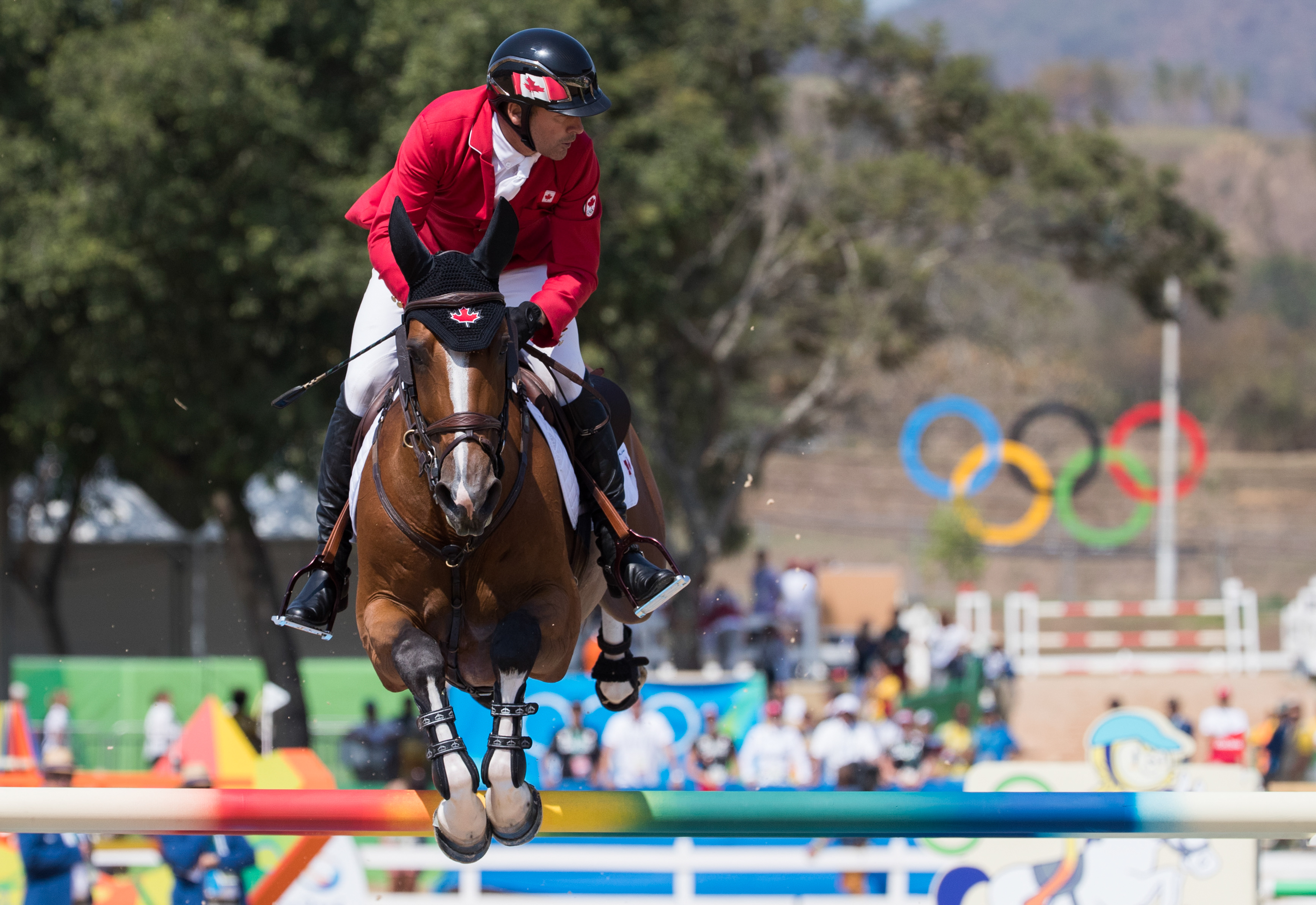 After losing a horse of that calibre, the question was often asked: could he find that kind of success with another?

“I never thought this would happen again,” Lamaze said after his third place finish in the individual jumping event in Rio. “There were times when I was not sure if I wanted to keep going. But this makes it all worth it.”

All it took was finding a “little mare” by the name of Fine Lady 5. 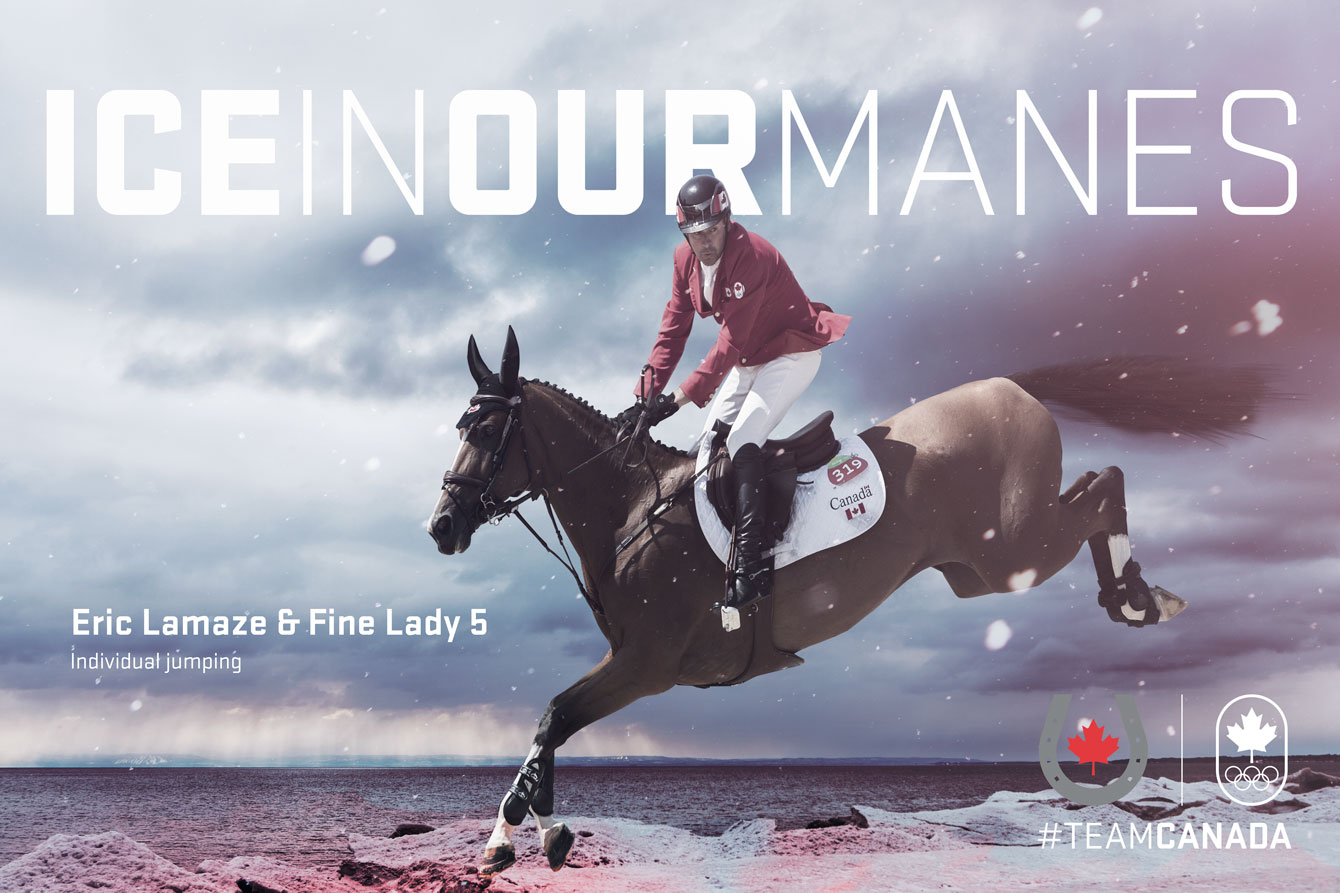 Through three qualifying rounds and two final rounds, there wasn’t a single penalty assessed to the pair. Surprising pretty much everyone, Fine Lady 5 did not knock a single rail to the ground, the only horse to do five clean rounds in regulation.

Unfortunately for Lamaze, the three qualifying rounds meant nothing to the final results and five other riders and their mounts also posted two clean rounds in the final. That sent the pair into a jump-off, the second of the week for the Canadian, after the team lost an earlier bronze medal showdown with Germany. 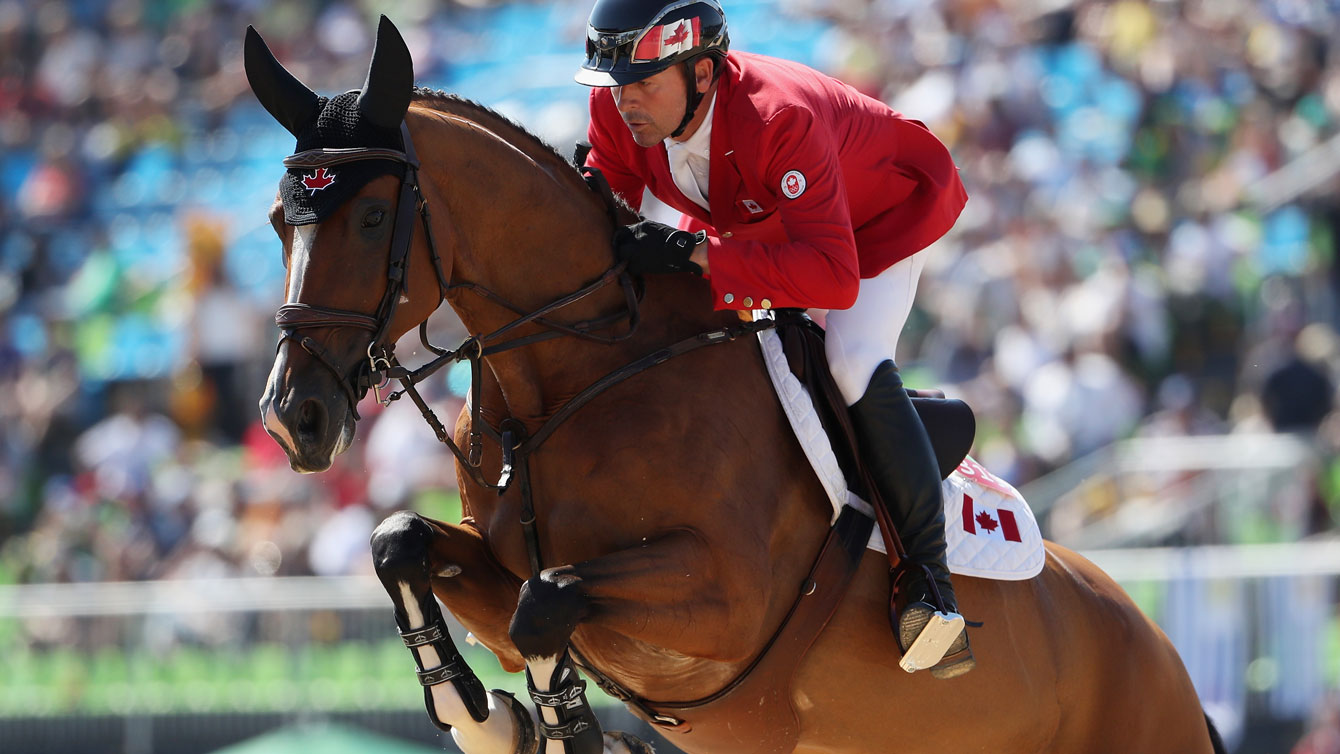 The first competitor on the course was Great Britain’s Nick Skelton, who not only got another faultless ride from Big Star, but did so in a very fast time of 42.82 seconds.

“Nick was very quick and forced all of the riders to go at a speed,” said Lamaze. “It was a little uncomfortable having done so many rounds. The horses were a little tired and he put the pressure on to chase him and that’s where the faults came.”

Swiss Steve Guerdat followed Skelton, hitting one rail in a time of 43.08 seconds. After the next two riders both had two misses, Swede Peder Fredricson also posted a clean round, but was slower than Skelton to land in second place. Then it was time for Lamaze.

“I knew what I had to do and even if I was unlucky and we had a fence down, I knew there was still a spot open if we were fast with a fault for a medal,” he said.

And that’s exactly what happened. In the biggest competition of her career, Fine Lady 5 finally had her first miss. But by covering the course in 42.09, the Canadian pair had the tiebreaker over Guerdat, putting them on the podium. 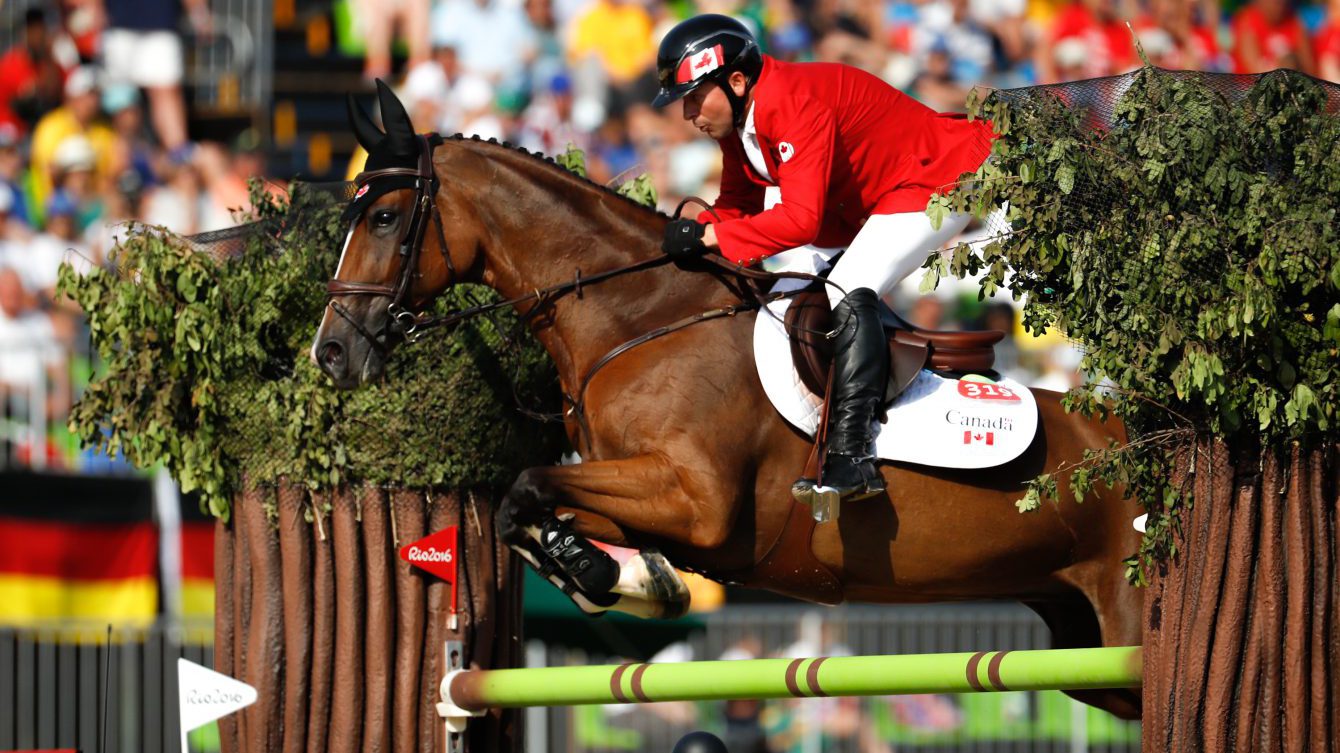 Eric Lamaze in the jump-off resulting in a bronze medal during Rio 2016. (COC/ Mark Blinch)

“I think the Olympics is one of the most difficult things that we come across in our sport and I think we all tried our hardest to do the best that we can,” said Lamaze. “We really appreciate what the horses do for us, and for me, this little mare was jumping her heart out all week long and she continued until the end.”

“So many things have to go right to be here with a medal around my neck. We saw a lot of great horses and great riders have some misfortune,” he later said. “I think you really need good luck all the way. You need your horse to stay healthy and it’s never a predictable thing.”

One of those unpredictabilities was Fine Lady 5 herself. Purchased as a speed event horse, the undersized brown mare was never intended to be a top jumper like Hickstead, who was a strong favourite when he carried Lamaze to gold in Beijing. 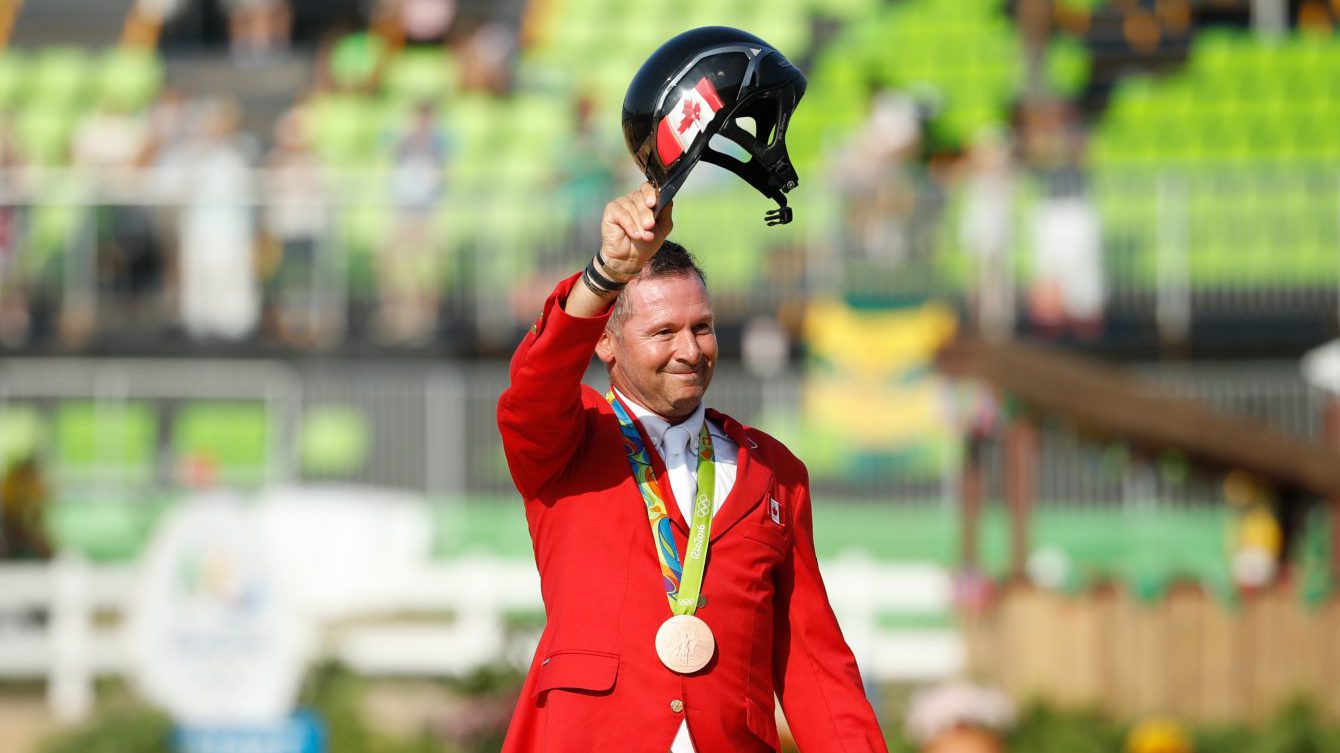 “She just became like this and grew into it,” said Lamaze. “I’m amazed at what she can do.”

Lamaze now stands alone as Canada’s most decorated Olympic equestrian with his three Olympic medals, something he doesn’t diminish.

“I think in our sport, mostly all of us go to a show every week. There’s always a major Grand Prix. But in my experience, people quickly forget what you’ve won when it comes down to Grand Prix. But an Olympic medallist stays with you forever.”