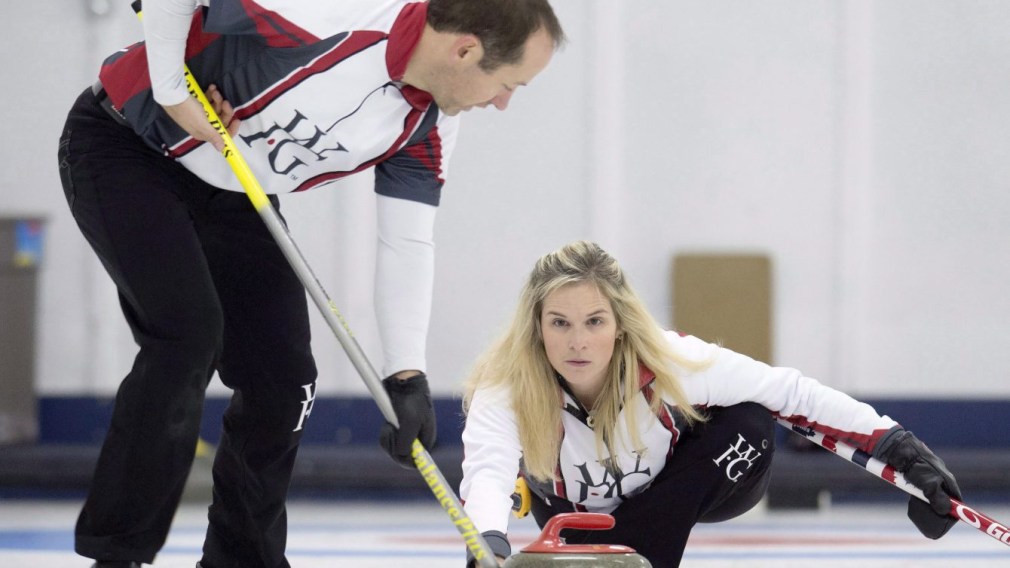 Next February, four sports will feature events that will be brand new to the Olympic Winter Games. In a series of installments, Olympic.ca will give you the low down on these new events and what they might mean for Team Canada at PyeongChang 2018.

After taking a look at long track’s mass start and snowboard big air, next up is mixed doubles curling.

As the name implies, mixed doubles consists of teams of two players, one man and one woman, instead of the usual teams of four players of the same gender.

But how else is it different from traditional curling? 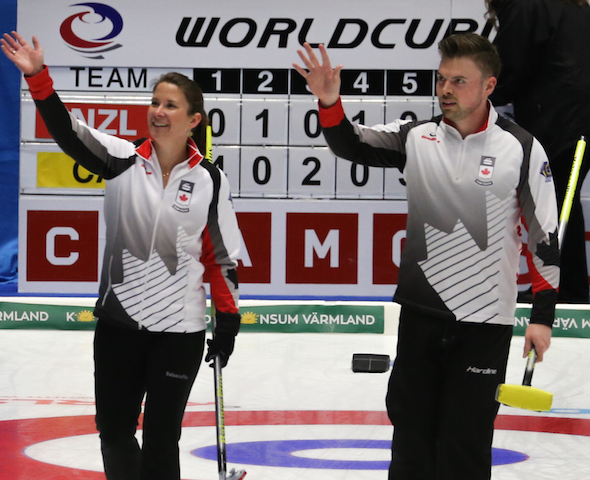 Instead of eight stones per team per end, mixed doubles is played with six stones per team per end, one of which is prepositioned before the start of play in each end. The first player on the team delivers the first and last stones. The second player delivers the second, third and fourth stones. Both team members are allowed to sweep and can swap throwing positions from end to end.

But there are also some similarities.

Like traditional curling, mixed doubles uses the four-rock, free guard zone rule. That means no stone in play can be removed until the fourth stone is delivered in an end.

Points are awarded the same way. Only one team can score in any one end, with one point awarded for every stone that is closer to the button than any stone belonging to the other team.

The first World Mixed Doubles Curling Championship was held in 2008 in Finland. Switzerland leads the world championship medal count with five, all of them gold. Canada has just one world championship medal, a bronze at Cortina d’Ampezzo, Italy in 2009 by Sean Grassie and Allison Nimik. Hungary and Russia have each won two world titles while Sweden has been the runner-up four times.

There will be eight teams competing in the Olympic debut of mixed doubles. Countries will clinch those spots in May, based on a ranking list that will be official after the next World Mixed Doubles Championship, which will be held April 22-29 in Lethbridge, Alberta. Last year, Canadian duo Marliese Kasner and Dustin Kalthoff placed fifth at the worlds. The 2017 Canadian Championships will take place April 5-9 in Saskatoon, Saskatchewan.

Canada currently stands fifth in the Olympic qualification rankings. The competition to decide who will wear the maple leaf in PyeongChang will be fierce. The national mixed doubles trials will be held January 2-7, 2018.

PyeongChang 2018 new event: Mixed doubles curling
World Juniors: Remembering the 2005 “All-Star” team
Shuttlecock and balls: The fastest moving objects in sport
Getting vertical: The highest jumps in sport
What is the difference between racquetball and squash?
Korea 101: Korean Customs and Traditions