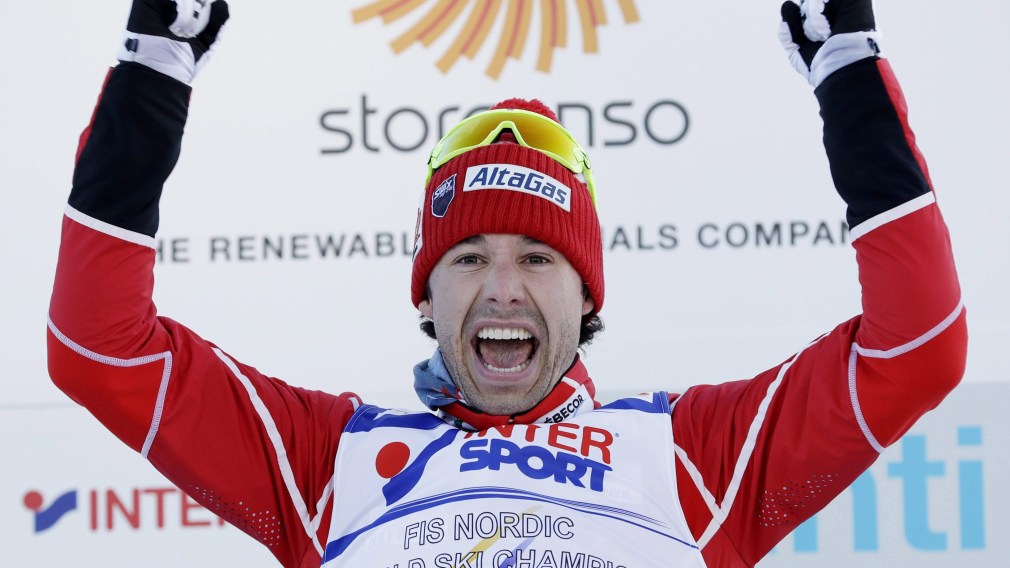 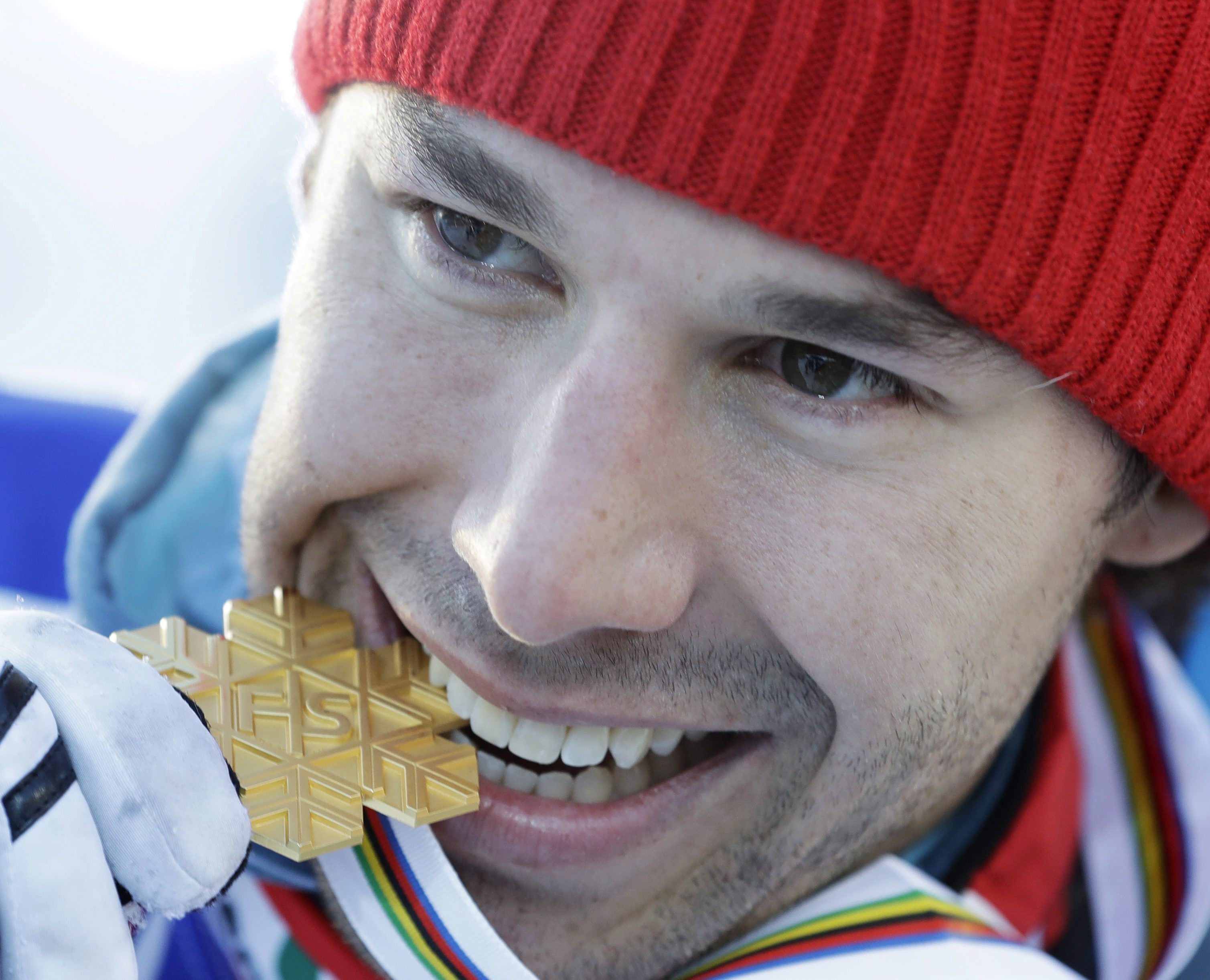 The Canadian completed the longest cross-country skiing event in 1 hour 46 minutes 28.9 seconds, crossing the finish line just six-tenths of a second ahead of Russian Sergey Ustiugov (1:46:29.5). Finn Matti Heikkinen (1:46:30.3) rounded out the podium in third place.

In what he called the best race of his life, Harvey positioned himself well from the start, getting into fifth place at the 10km mark. Norwegian Anders Gloeersen would open a 20 second lead on the field, but by the time they had skied 20km, Harvey and a chase pack had reeled him back in. At 36km, Harvey was among those who decided to crank up the pace and thin out the lead pack. With less than two kilometres to go, another Norwegian Martin Johnsrud Sundby, tried to break away, but Harvey and Ustiugov quickly followed. In a lead group of four coming into the stadium, Harvey made his move and passed into the lead, which he held on for his first individual world title.

These are the fourth straight world championships at which Harvey has stood on the podium. The streak began with team sprint gold alongside Devon Kershaw in 2011. Two years later Harvey won bronze in the individual sprint before he became a double medallist in 2015, taking silver in the sprint and bronze in the skiathlon. 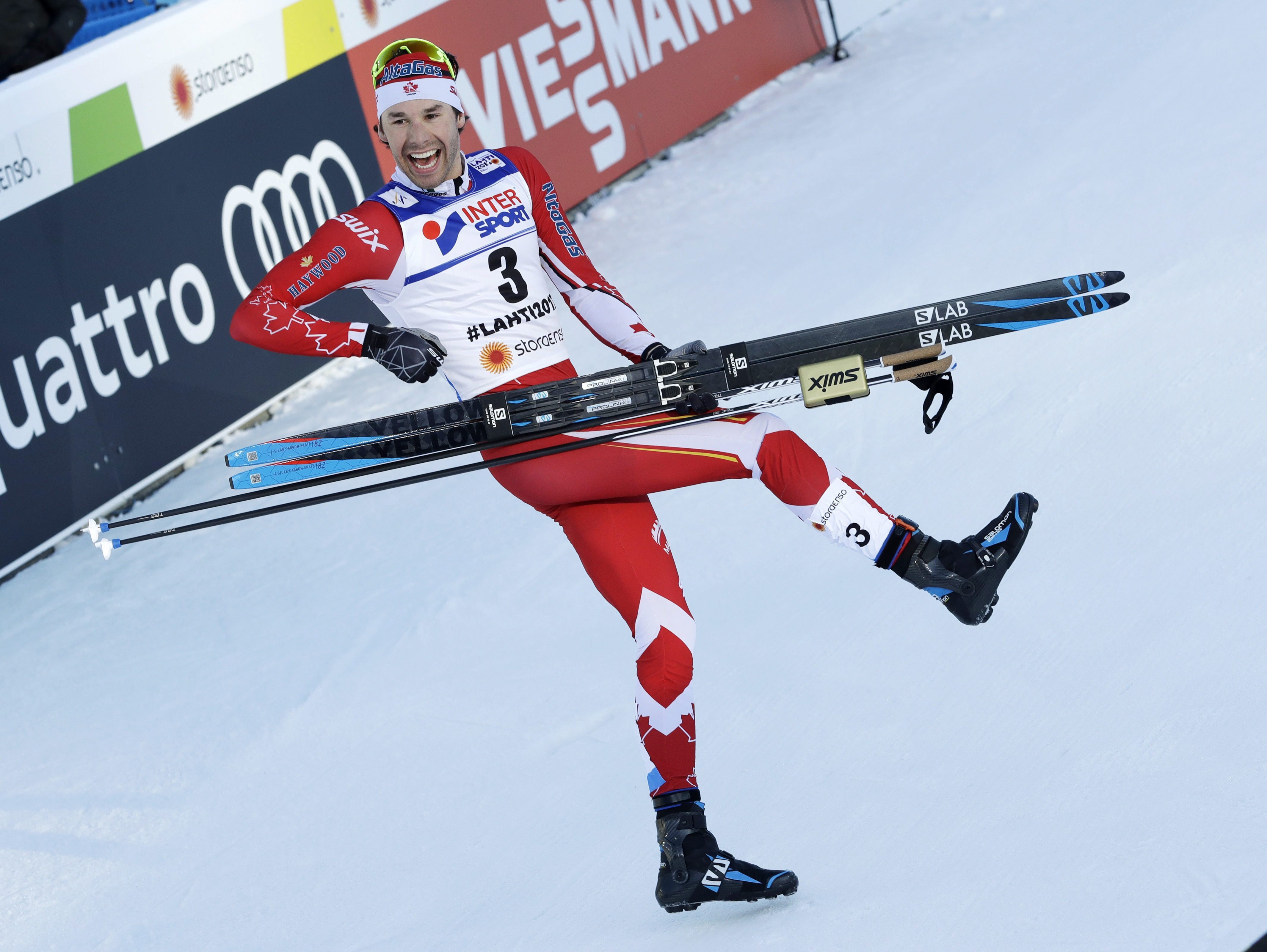 Harvey had been building towards the victory, placing fifth in the skiathlon and sixth in the team sprint in Lahti. He was also coming off a strong World Cup season in which he’d achieved four podiums since the start of January, including an individual 15km gold. Harvey’s previous best result in the world championship 50km mass start was a pair of fifth place finishes in 2011 and 2015.

Canadian fans will have a chance to celebrate and cheer Harvey at home in a couple of weeks when he competes in the World Cup Finals in Quebec City, March 17-19.