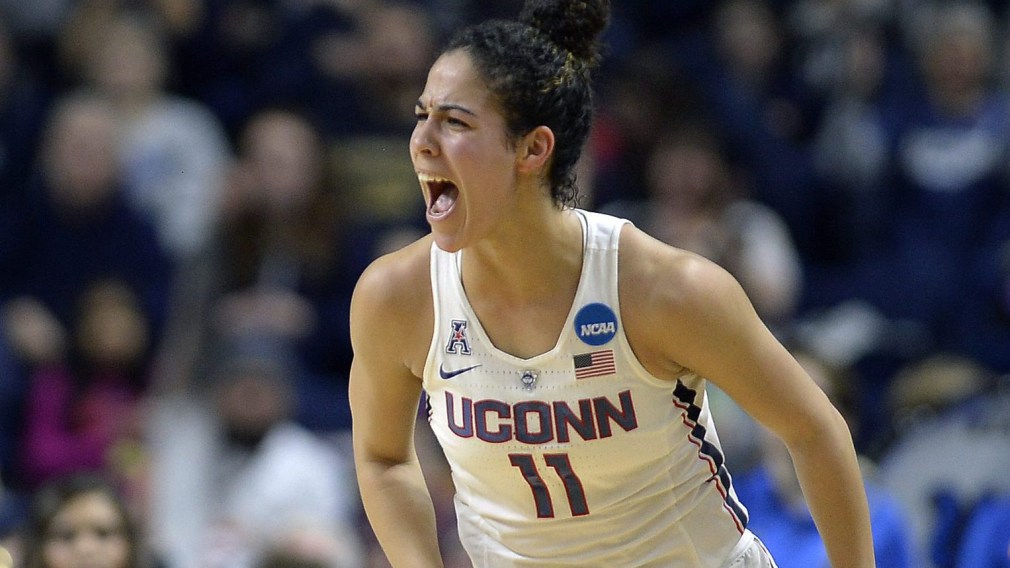 The odds are looking pretty good for a Canadian to win an NCAA National Basketball Championship.

UConn Huskies star guard Kia Nurse continues to dominate the women’s tournament, helping her team cruise through the Elite 8 with a 90-52 victory over Oregon on Monday night. Heading into the Final Four on March 31, Nurse and UConn have now won 111 consecutive games. Their last loss came all the way back on November 17, 2014 against Stanford.

In the top-seeded Huskies quarterfinal game against the 10th-seeded Ducks, Nurse notched a team high seven assists in 33 minutes of court time. She finished the game with 11 points, going four-for-five from the field. In the tournament, Nurse has averaged 18.3 points and four assists per game in 30.5 minutes of play.

Related: A career night for Nurse advances Huskies to Sweet 16

Nurse and the Huskies will match up against second-seeded Mississippi State in Friday’s semifinal. The other women’s Final Four matchup will also feature a Canadian. Stanford freshman Mikaela Brewer and the Cardinal will battle South Carolina for a chance to play in the championship game on April 2.

In the men’s tournament, three of the four remaining teams feature Canadians. In what could be a Cinderella story, the seventh-seeded South Carolina Gamecocks face the top-seeded Gonzaga Bulldogs in one semifinal on April 1. Both teams feature players from north of the border: Duane Notice of South Carolina and Dustin Triano of Gonzaga.

The moment after the buzzer. #FinalFour #UnitedWeZag

Notice continues to raise eyebrows with his tough defensive play in the tournament. The defensive-oriented Gamecocks are heading to the Final Four for the first time in program history. After upsetting Duke in the second round, the Gamecocks have gone on to beat third-seeded Baylor in the Sweet 16 and most recently fourth-seeded Florida in the Elite 8.

In the other semifinal matchup on April 2, three Canadians from the third-seeded Oregon Ducks will face top-seed North Carolina.

It still doesn't feel real. If I'm sleeping, please don't wake me up! Final Four baby! We not done yet..

Dillon Brooks contributed 17 points, five rebounds and four assists in Oregon’s 74-60 Elite 8 victory over top-seeded Kansas. Brooks’ fellow Canadian teammate Dylan Ennis also had a stellar performance in their quarterfinal game, going five-for-eight from the field to finish the game with 12 points. Chris Boucher, the third Canadian on the Ducks roster, is out due to injury.

Seven Canadian basketballers into NCAA Final Fours
Eight must-visit cycling spots in Canada
Track and Road Cyclists Nominated to Team Canada for Tokyo 2020
What is the difference between racquetball and squash?
Shuttlecock and balls: The fastest moving objects in sport
Getting vertical: The highest jumps in sport