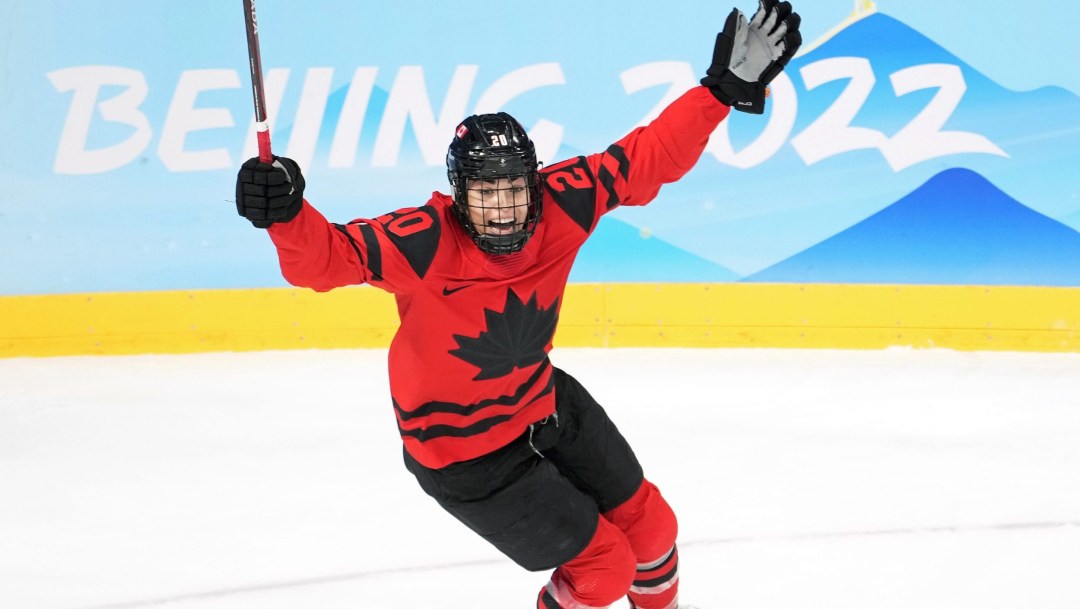 At Beijing 2022, Sarah Nurse broke the points record for a single Olympic tournament as she helped Canada win the gold medal. She recorded five goals and 13 assists and her 18 points surpassed the previous record held by Hayley Wickenheiser since Turin 2006. Nurse scored the opening goal of the gold medal game against the United States and assisted on Marie-Philip Poulin’s goal that would be the eventual game-winner.

In her Olympic debut at PyeongChang 2018, Nurse helped Canada win a silver medal. She scored the game-winning goal during Canada’s 2-1 round robin victory over the United States.

Nurse’s first international appearance with Team Canada was a gold medal win at the 2013 IIHF U18 Women’s World Championship, despite having missed most of the selection camp due to injury. In 2015 she added a gold medal as a member of the U22 National Women’s Development Team that competed at the Nations Cup. That same year she made her debut with the National Women’s Team at the Four Nations Cup, coming away with a silver medal.

She won two more silvers at the Four Nations Cup in 2017 and 2018. Nurse played in her first senior IIHF Women’s World Championship in 2019 and finished third on the team with eight points as Canada came away from the bronze medal. After the worlds were cancelled in 2020, Nurse and Team Canada got their chance at redemption in 2021. She scored once and added two assists in helping Canada win its first world title in almost a decade.

Nurse played collegiately at the University of Wisconsin, making the Frozen Four each year. As a freshman in 2013-14, she was named to the All-WCHA Rookie Team. The following season she helped the Badgers win the WCHA Final Faceoff, for which she was named Most Outstanding Player. During the 2016 NCAA Frozen Four, Nurse fractured her wrist. She underwent surgery and was unable to hold a stick for three months. She was cleared to return to the ice just two weeks before the national U22 development team camp and made that team. In her senior year in 2016-17 she served as an alternate captain and was a Second-Team All-American.

Nurse was drafted second overall by the Toronto Furies in 2018 and was a 2019 Rookie of the Year finalist in what would be her only year in the CWHL. After the league folded, Nurse joined the PWHPA and played for Team Sonnet in Toronto during the Dream Gap Tours.

Getting into the Sport: Started skating at age 3 and playing hockey at age 5… Had her Olympic dream sparked while watching Salt Lake City 2002; made up gold medals and handed them out to her family, saying that she would play in the Olympics one day… Outside Interests: Enjoys reading, watching movies and TV shows on HGTV, TLC and Food Network, doing yoga… … Graduated from the University of Wisconsin with a degree in Business Administration – Marketing in 2018… Odds and Ends: Favourite quote: “You do it, you die, or you run away” – her grandfather… Listens to Beyoncé before games…  Cousin Kia Nurse is a two-time Olympian with Canada’s women’s basketball team and a WNBA All-Star… Cousin Darnell Nurse plays in the NHL with the Edmonton Oilers…