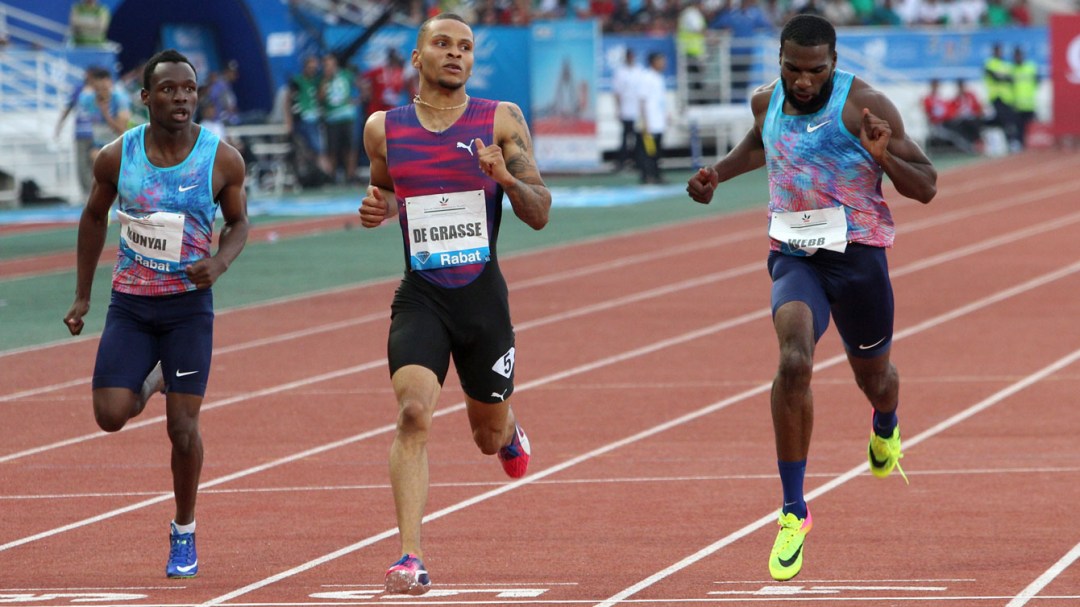 Canadians saw another weekend of podium success, bringing home a handful of medals in a variety of summer sports.

Podium Alert! After battling all week @wsobv we came away with a second place finish! We have already started our journey to Poland for the next @fivbvolleyball 4 Star event. Thank you so much for all the kind words from all over the world! 📷 @michael_gomez_photography . . . . #volleyball #volley #beachvolleyball #beachvolley #voleibol #pallavolo #volleyballlife #voleidepraia #teamcanada #tokyo2020 #hermosa #hermosabeach #southbay #cali #volleyballcanada #inspiration #motivation #beardgang #toronto #manhattanbeach #longbeach #California #follow #fit #beach #california #beachlife #beachin #wsobv

Canada finished on a high note in beach volleyball this past weekend bringing home a silver medal at the World Series of Beach Volleyball in Long Beach, California.

Andre De Grasse won his second 200 metre Diamond League event this season in Morocco on Sunday. He came back and claimed the Rabat Diamond League 200m title in 20.03 seconds, reminding fans why he clinched silver at Rio 2016.

It was a successful weekend for Canadians at the 2017 Spanish Grand Prix in Madrid, Spain, with three wrestlers reaching the podium.

Jessica MacDonald made it to the top of the podium capturing gold at 48kg, where she defeated Canadian teammate and former Badger Jasmine Mian 8-0 in the finals.

After picking up victories over Italy and Russia, Michelle Fazzari ended up backing out of the 58kg final to win a silver medal. Also bringing home a silver medal for Canada was Jevon Balfour, who at 74kg, beat South Africa and Italy before losing the gold medal match to former Olympic gold medalist Jordan Burroughs from the US.

We have no fun. Stoked to compete alongside these ladies. Every competition they bring more. #tgcdnchamps #trampoline #teamcanada

Canada’s Rosie MacLennan returned to the top of the trampoline podium Saturday at the Canadian gymnastics championships in Oshawa. After not competing since winning gold in Rio, MacLellan put down a safe routine to win her sixth senior title. MacLennan is now building towards the World Championships this November in Bulgaria. Samantha Smith was close behind finishing in second place with 156.170 points and Sophiane Méthot took bronze with 155.280.

In the men’s competition, Jake Cranham took the title of Canadian champion with a score of 159.780. Kyle Soehn took silver with a score of 156.220 and Andrew Martin took bronze with 152.070. All three made Canada proud as they shared the podium.

Today the trampoline community is celebrating the incredible career of @karen_cockburn_ . Karen, from the age of 9, I watched you in awe. With your hard work, determination and focus, you lead our team on the international stage. You demonstrated what it takes to be at the top and became the most decorated trampolinist in the world. You have lead by example how to be a champion. Your humility, kindness and generosity set you apart. You have always taken the time to help younger athletes and support your teammates. You have guided us, motivated and constantly make us laugh and you remind us to have fun. You were my idol and my role model. You changed my childhood dream of being an Olympian into a goal, showing me what is possible. You've been my mentor, inspired me and guided me. You're the best teammate, training partner and friend I could ask for and it's been an honour and privilege sharing this adventure with you. Congratulations on all of your success and thank you for everything you have done. #legend #teamcanada #trampoline

On Sunday, three-time Olympic medallist Karen Cockburn changed the mood as she announced her retirement from the sport at the Canadian Championships. Cockburn won eight medals at the trampoline world championships over her decorated career, including two gold. In 2003, she was the first Canadian to be ever win the individual title.