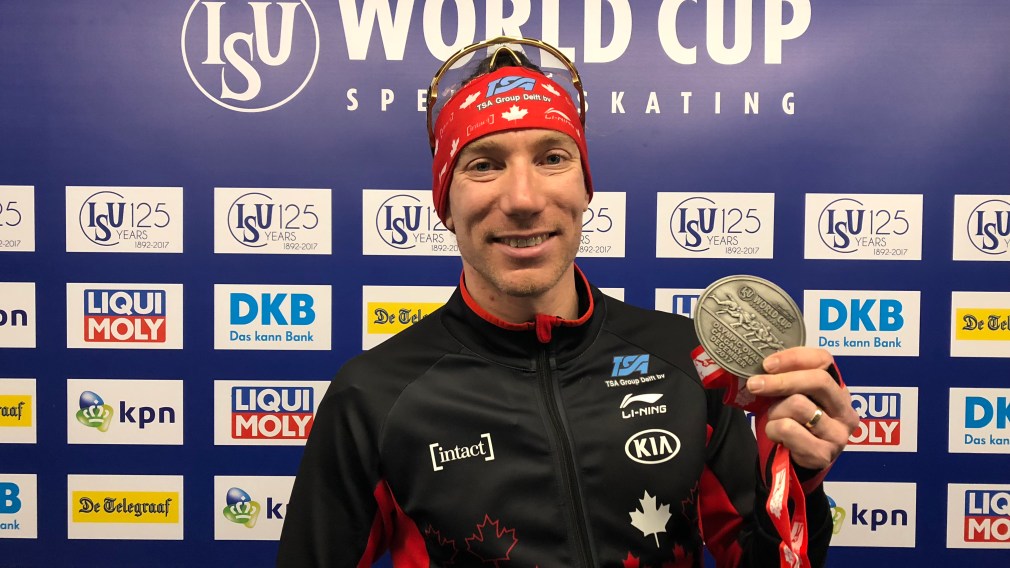 Ted-Jan Bloemen has won his third straight speed skating World Cup silver medal, finishing second in the 5000m at the Olympic Oval in Calgary on Friday.

Bloemen was in the final pairing with the two-time defending Olympic champion in the distance, Dutchman Sven Kramer. Neither man got off to a blistering start, but picked up the pace as the laps ticked away. By the 3000m mark, Bloemen had taken a slight lead on Kramer and the field.

However, over the last 2000m, it was Kramer who took control as Bloemen came through for the silver medal in 6:08.54, finishing 1.50 seconds behind Kramer. Germany’s Patrick Beckert took the bronze in 6:10.80.

Bloemen had won silver in the first 5000m World Cup of the season in Heerenveen, Netherlands before taking 10,000m silver in Stavanger, Norway. He finished behind Kramer in both races and sits second in the overall World Cup standings for the long distances. 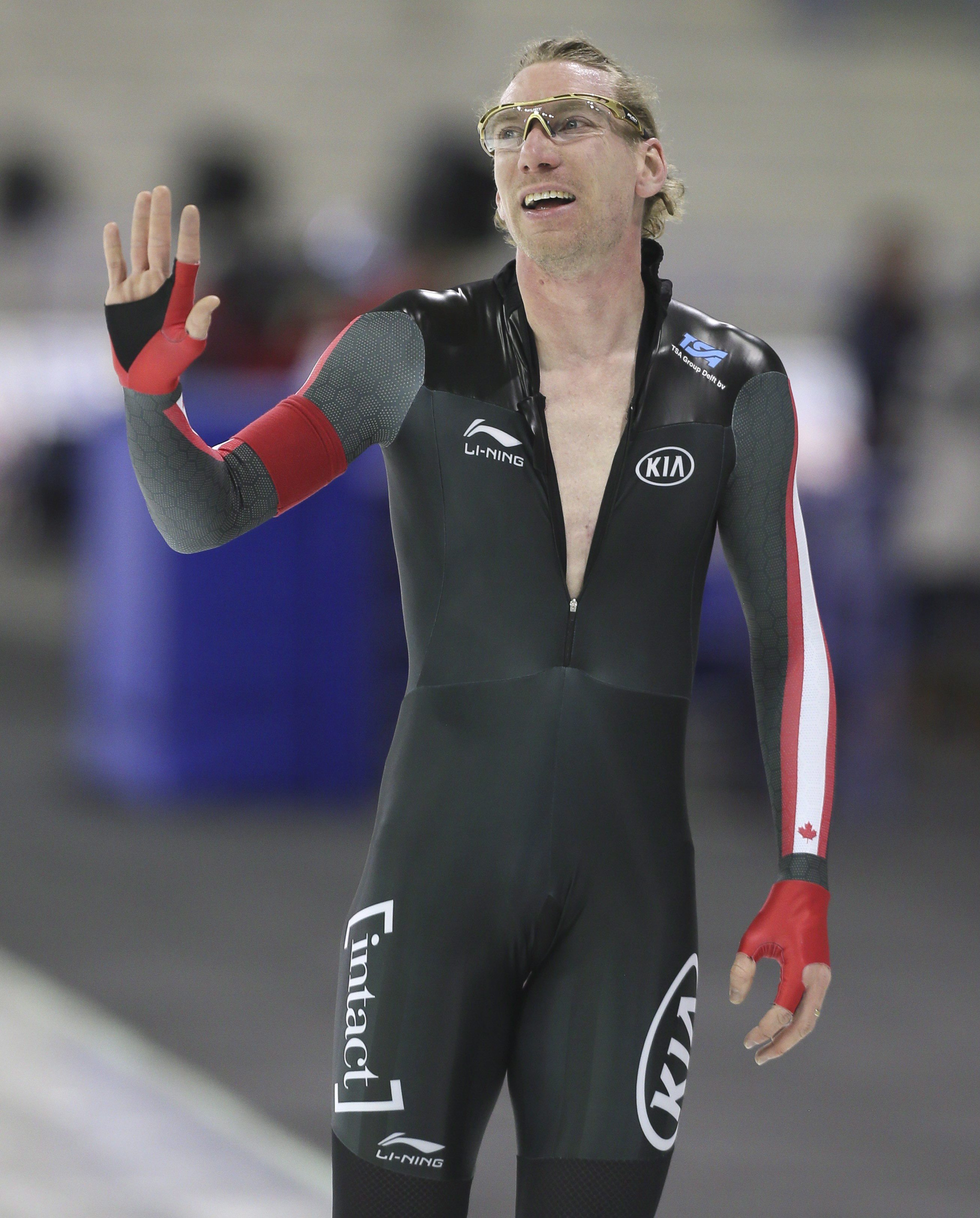 Ted-Jan Bloemen, of Team Canada, waves to the crowd after finishing second in the men’s 5000m at the ISU World Cup speed skating event in Calgary, Alta., Friday, Dec. 1, 2017. THE CANADIAN PRESS/Mike Ridewood

Also on Friday, Canada captured its third straight World Cup gold medal in the non-Olympic men’s team sprint. The trio of Gilmore Junio, Laurent Dubreuil and Vincent De Haitre stood atop the podium in front of the home crowd after breaking the world record with their time of 1:17.31.

The competition continues through the weekend. Saturday’s highlights include the men’s and women’s 1000m and team pursuits. On Sunday they’ll race for the medals in the 500m, 1500m and mass start events.