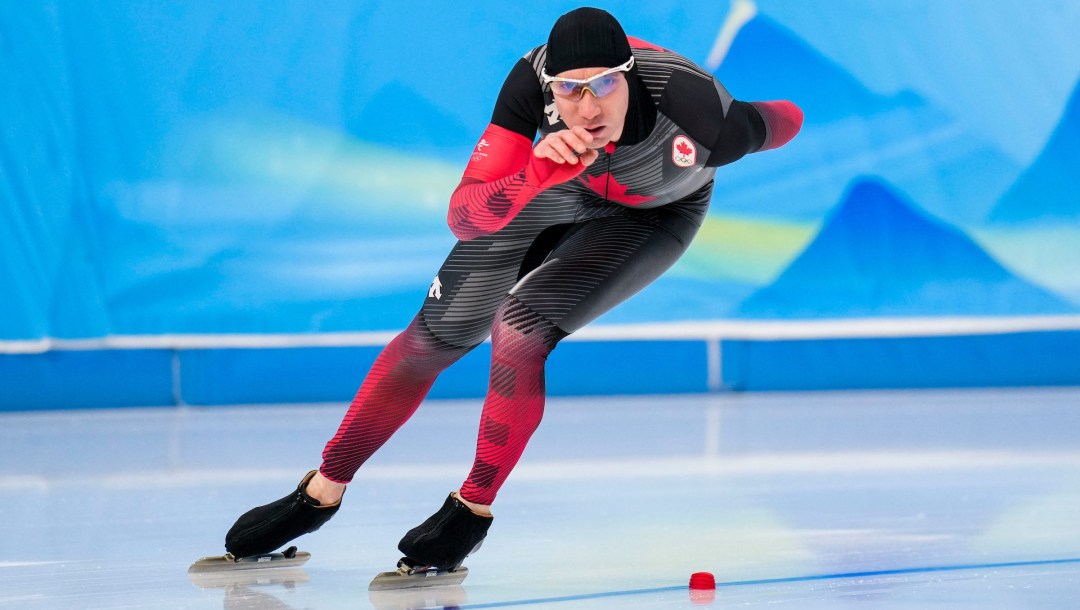 At PyeongChang 2018, Ted-Jan Bloemen ended an 86-year Olympic medal drought for Canada in long track speed skating’s 5000m and 10,000m events for men. After winning silver in the former in a photo finish, he broke the Olympic record in the latter to capture the gold medal. Bloemen was awarded the 2018 Jeremy Wotherspoon Award as Speed Skating Canada’s Long Track Male Athlete of the Year, an award he previously earned in 2016.

Dutch-born Bloemen moved to his father’s birth country in June 2014 and joined the Canadian national team for the 2014-15 season after receiving his new passport. He made an almost immediate impact, helping Canada win team pursuit silver at the 2015 World Single Distances Championships.

He followed up with a career year in 2015-16. At the second World Cup of the season in Salt Lake City in November, he broke the 10,000m world record that had stood since March 2007 with his time of 12:36.30. Bloemen went on to win 10,000m silver at the World Single Distances Championships for Canada’s first major international medal in speed skating’s longest event since the Lake Placid 1932 Olympic Winter Games. He also won bronze with the team pursuit at the worlds. He was named that year’s winner of the Oscar Mathisen Award for the single most outstanding speed skating performance.

Although he narrowly missed the world championship podium in 2016-17, Bloemen’s consistency throughout the season led to him finishing second in the overall World Cup standings for the 5000m/10,000m. Among the highlights was his first career World Cup victory in the 5000m. In December 2017, Bloemen set the 5000m world record at the World Cup in Salt Lake City. His time of 6:01.86 broke a 10-year-old mark. He stood on all three 5000m podiums in the fall of 2017 to go with a silver medal in the only 10,000m World Cup of the season.

Following his Olympic debut, Bloemen won a pair of World Cup 5000m bronze medals during the 2018-19 season. He went on to have a great 2019-20 season, highlighted by his gold medal in the 5000m and silver medal in the 10,000m at the World Single Distances Championships. In the latter, he was only beaten by teammate Graeme Fish, who also broke his world record in the victory.

Because of the COVID-19 pandemic, the next season included just two World Cups and the World Single Distances Championships. Bloemen reached the podium with the team pursuit in all three events. It was a great show of resilience as the Canadian team had been without a consistent training location all season due to troubles with the ice making equipment at the Olympic Oval in Calgary.

After the first four pre-Olympic World Cups in 2021-22, Bloemen ranked second in the World Cup long distance standings after winning bronze in the only 10,000m race to go with one silver and one bronze in the 5000m. He finished the season ranked third overall in the long distances. In his second Olympic appearance at Beijing 2022, Bloemen was part of a fifth-place finish in the team pursuit and placed in the top-10 in the 5000m and 10,000m.

Bloemen had first represented his native Netherlands on the World Cup circuit in 2007-08 and competed at the World Allround Championships in 2010 and 2012, finishing fourth overall in his debut. He spent eight years in the highly competitive Dutch system, but after not qualifying for Sochi 2014 he had a lingering sense that his best skating was still ahead of him, if he could just find the right training environment. He found that in Canada, calling the move to Calgary ‘the best decision he ever made.’

A little more about Ted-Jan

Getting into the Sport: Started skating before he could walk… Loved skating on frozen rivers and lakes as a child so his parents enrolled him in a speed skating club in Gouda, Netherlands… When he was 12 he did an 85km skate tour on the Dutch canals… Outside Interests: Enjoys motorsports, bikes, and good food… Odds and Ends: Inspired by Formula 1 driver Lewis Hamilton… Favourite quote: “I’m working on a masterpiece” – Lewis Hamilton…