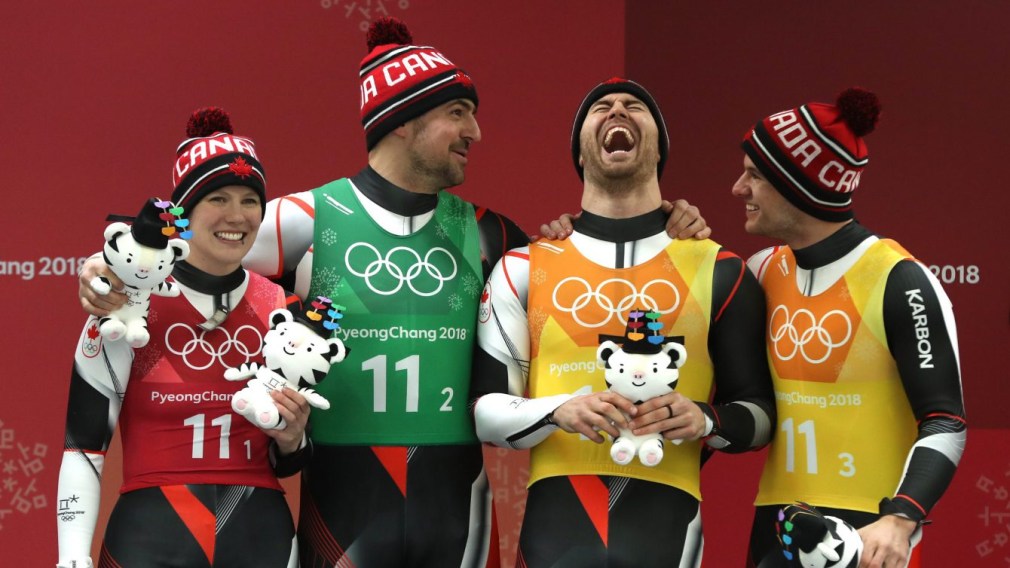 The team of Alex Gough, Sam Edney, Tristan Walker and Justin Snith raced to Canada’s first ever Olympic medal in the luge team relay at with a time of 2:24.872. The PyeongChang 2018 event ended a lot more joyous for the Canadians than four years ago when the team finished fourth, a mere tenth of a second out of bronze medal position. 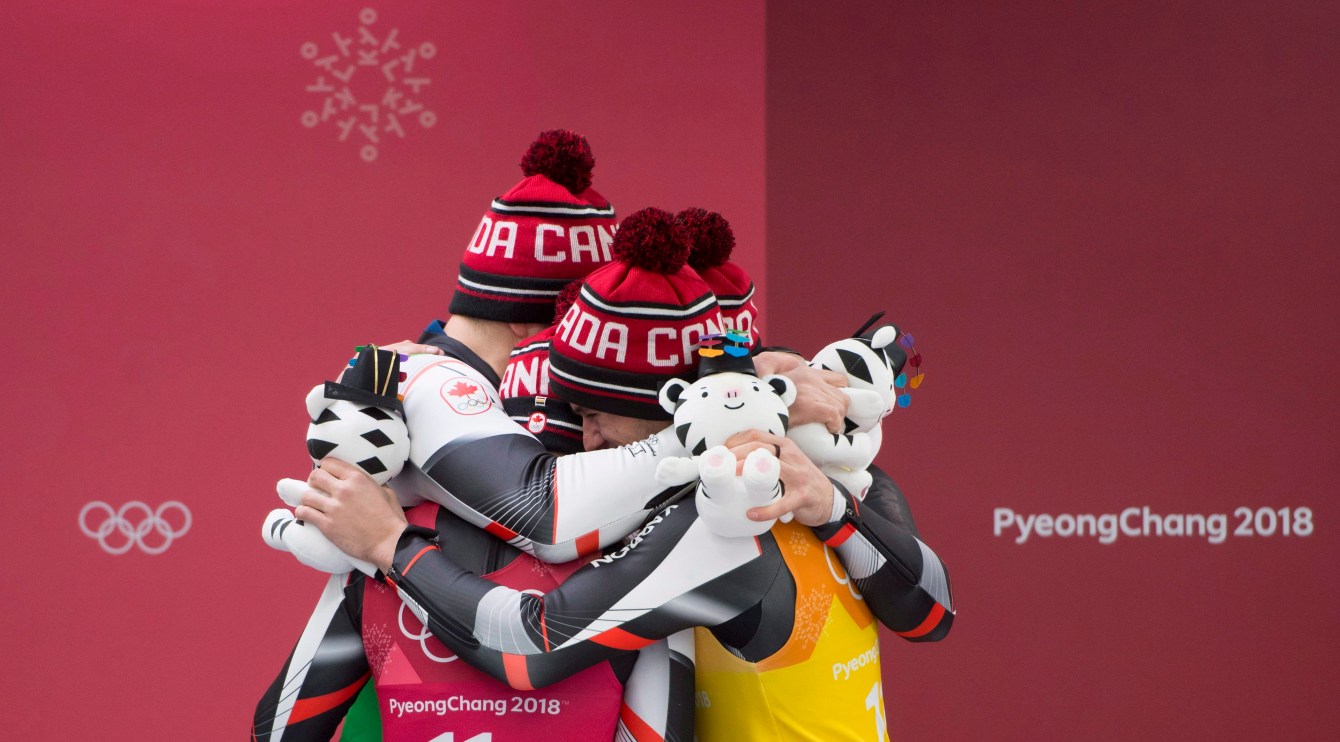 “We were so close in Sochi,” said Snith, who raced with Walker in the doubles portion of the relay. “You spend four years that close, what could have been, not having that moment… to finally have that moment is priceless.”

The pain of Sochi 2014 has been even more painful for the Canadians over the past few months. It appeared as though the team was going to pick up bronze after a couple members of the Russian team – which won silver – were among dozens of athletes alleged to have been doping in Sochi. An arbitration court has since overturned the punishments, pushing Canada back into fourth.

“It helps, for sure,” said Edney when asked if Thursday’s victory helps put the memory of Sochi behind the foursome. “I think it just shows the strength of our team. That fuelled us. That fuelled us for a long time. I don’t know if each of us were thinking about it. Through the day I was probably thinking about it, but I just know that we put in the hard work and we did everything right. Tonight was about sliding for each other and sliding for Canada and we did that.” 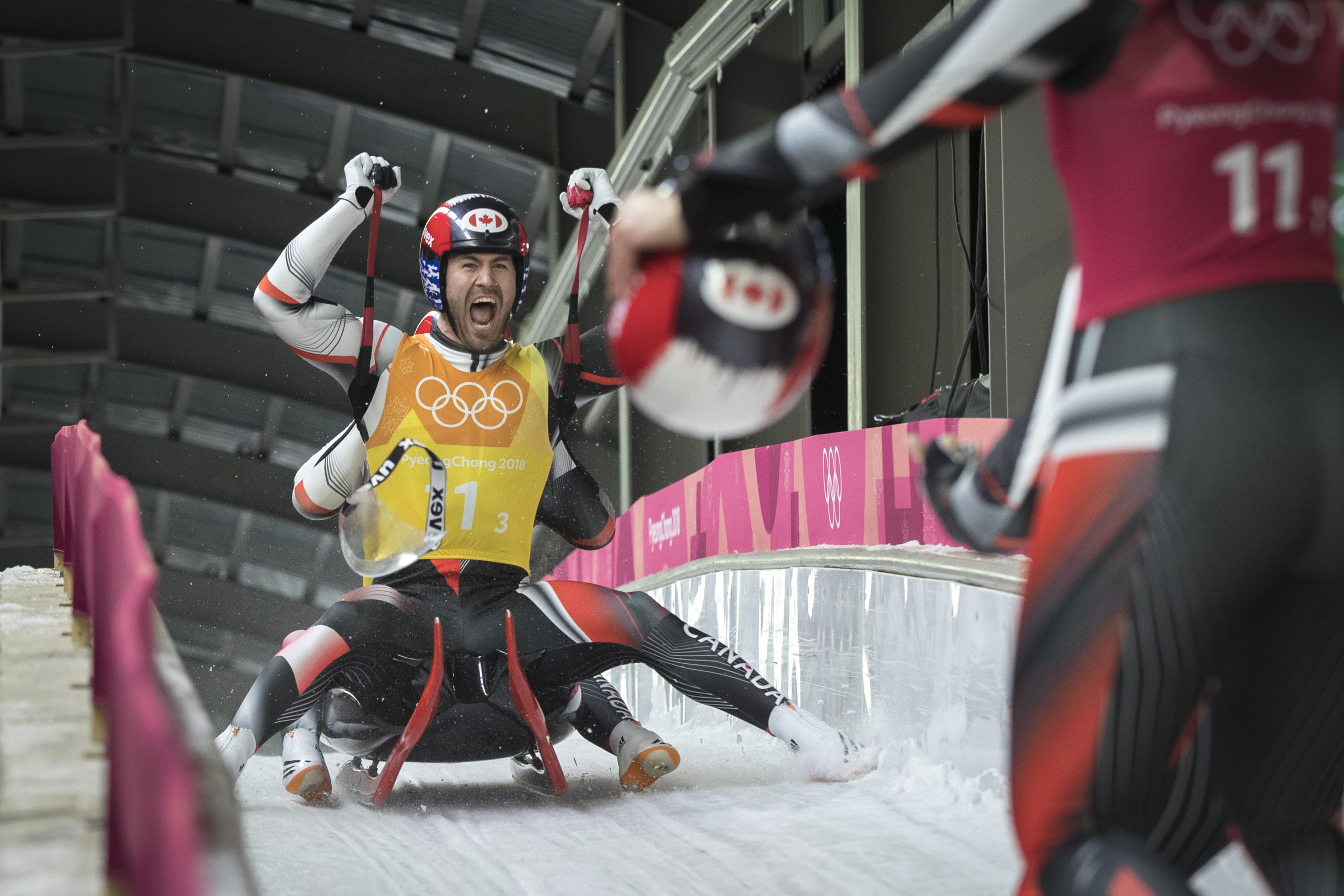 Tristan Walker and Justin Snith, of Canada, react in the finish area after Canada won the silver medal in the luge team relay at the 2018 Winter Olympics in Pyeongchang, South Korea, Thursday, Feb. 15, 2018. Photo/David Jackson

Gough echoed Edney’s comments regarding the memories of Sochi.

“We channeled it into motivation to be here with another chance at it,” said Gough. “Not to dwell so much on the past but use it as motivation to push forward.”

Gough, Edney, Walker and Snith are no strangers to each other, having been to three Olympic Winter Games together. They’ve had plenty of success, winning three world championship medals in the team relay, but an Olympic medal has always eluded them – until now.

Gough raced first for Canada on Thursday, followed by Edney and the duo of Walker and Snith. Their time pushed them ahead of the United States – the leaders at the time – with only Austria and Germany left to race. 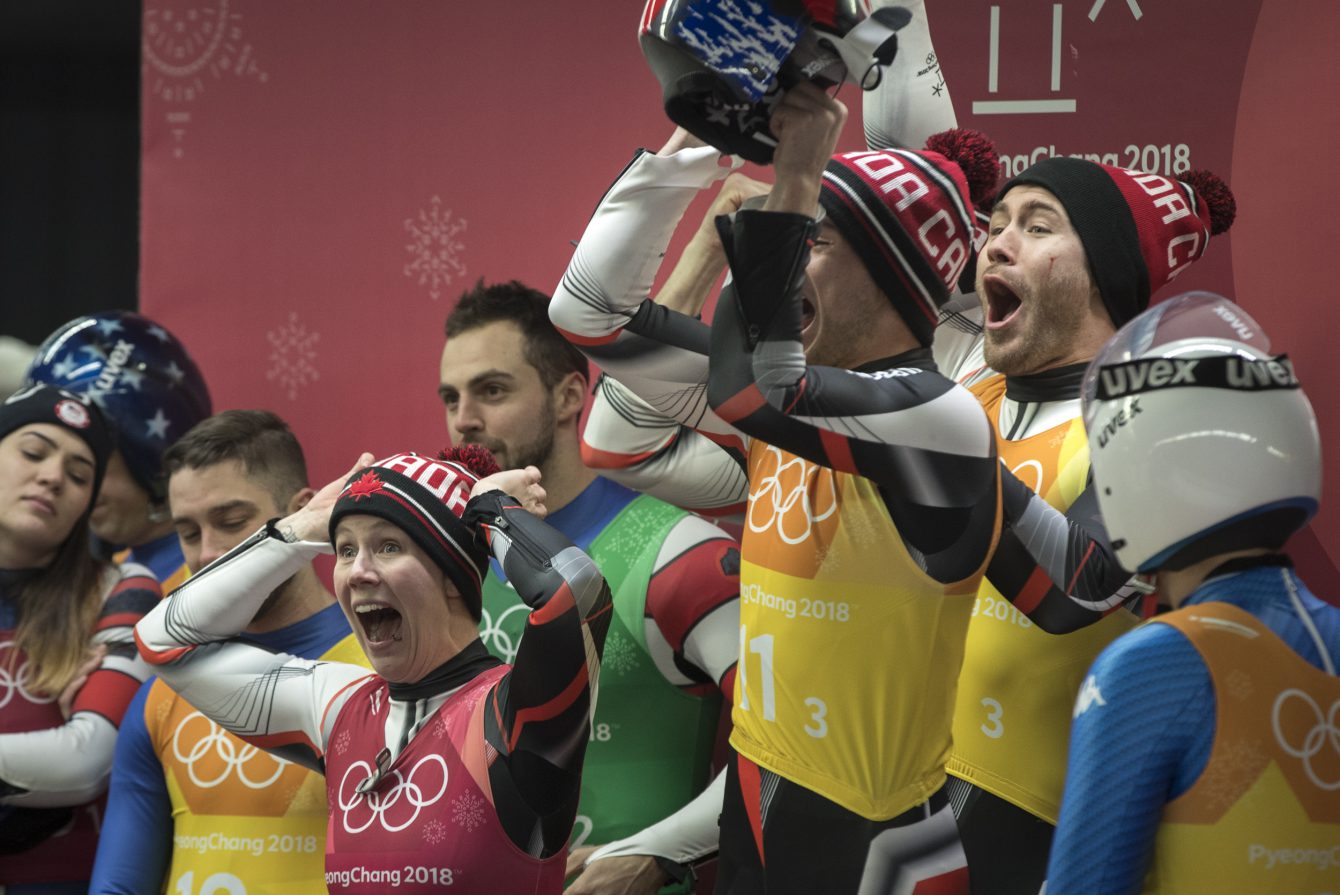 “It was the greatest feeling ever to know that we were going to be standing on the podium together and representing Canada,” said Edney. “It was something that was incredible.”

Knowing they had clinched a medal, the Canadians swarmed Walker and Snith as they put their brakes on.

“How do you not celebrate something like that, right,” said a smiling Gough after the race.

Austria raced next but were unable to catch the Canadians. Germany raced last and, with a track record time of 2:24.517, finished first, giving Canada the silver.

The medal adds to what had already been a historic Olympics for the Canadian luge program. Gough’s bronze medal win in the women’s single luge event on Tuesday was Canada’s first ever Olympic luge medal. 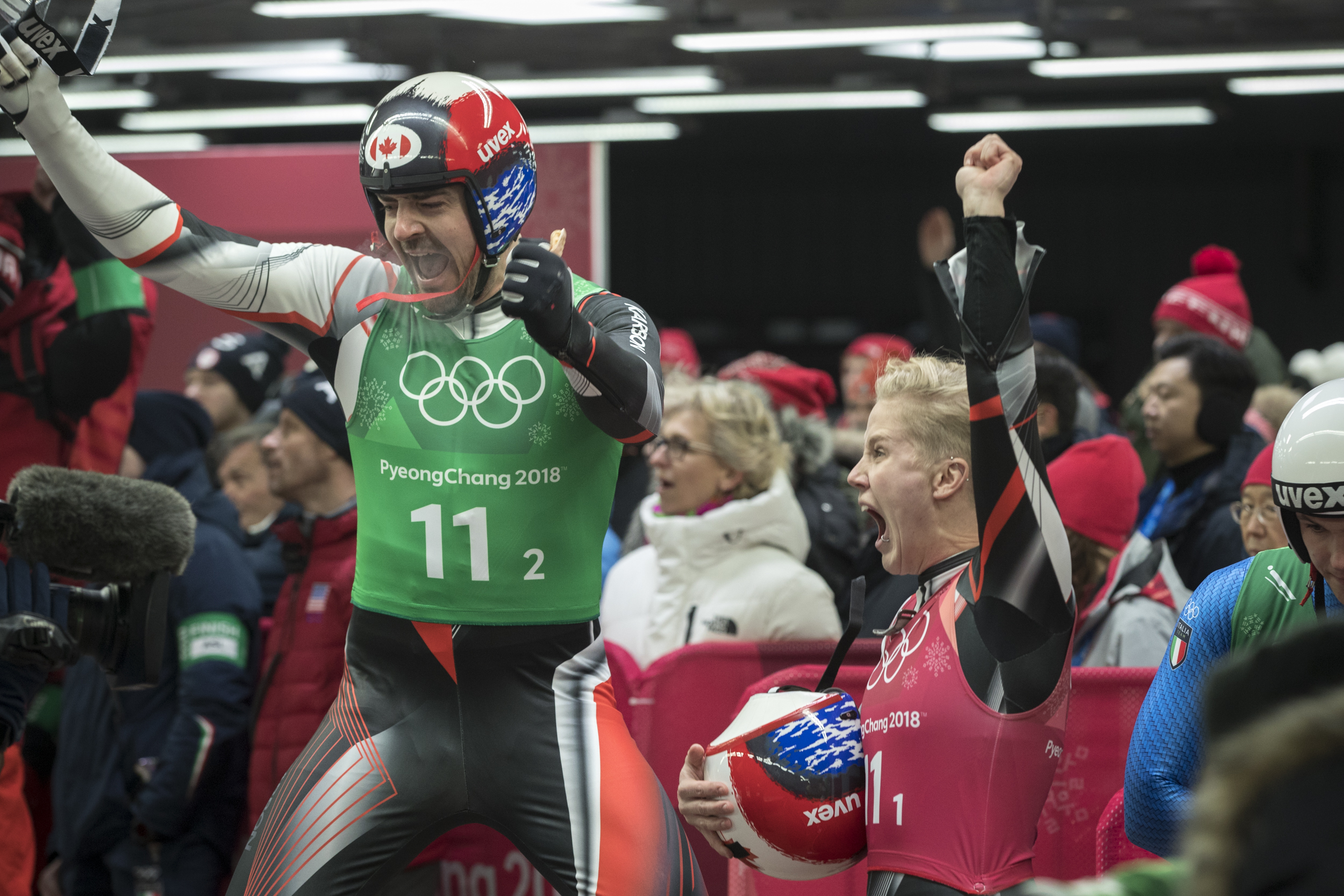 An emotional Walker said the team drew inspiration from Gough’s performance. The bond the four share was evident in the celebrations that followed the race.

“The team event, to be able to do that with those guys and compete together with them… incredible,” added Walker.

Gough finished fourth twice in Sochi – once in the singles event and again in the team relay. The men’s doubles team also had a fourth-place finish. PyeongChang has been a pleasant improvement for the program.

“Getting to come out here and race with these guys, it’s so incredible,” said Gough. “It’s such an amazing feeling to do it in the team format and I wanted it so bad for them. I just came out here and put together the best run I could. They followed it up and got the redemption from four years ago.”