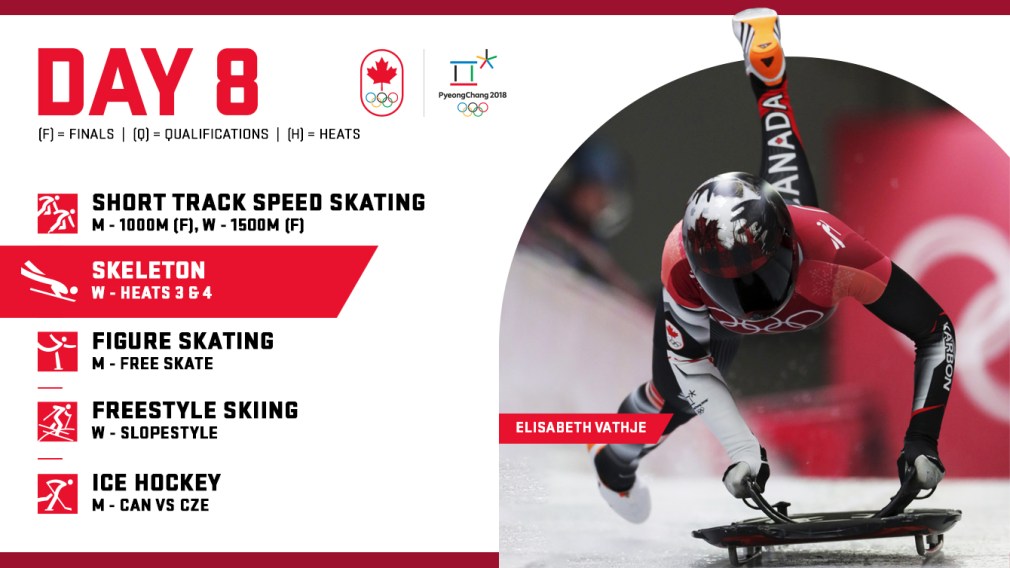 Each day olympic.ca will be posting a preview of that day’s events. Here is what’s happening on February 17, Day 8 of PyeongChang 2018. 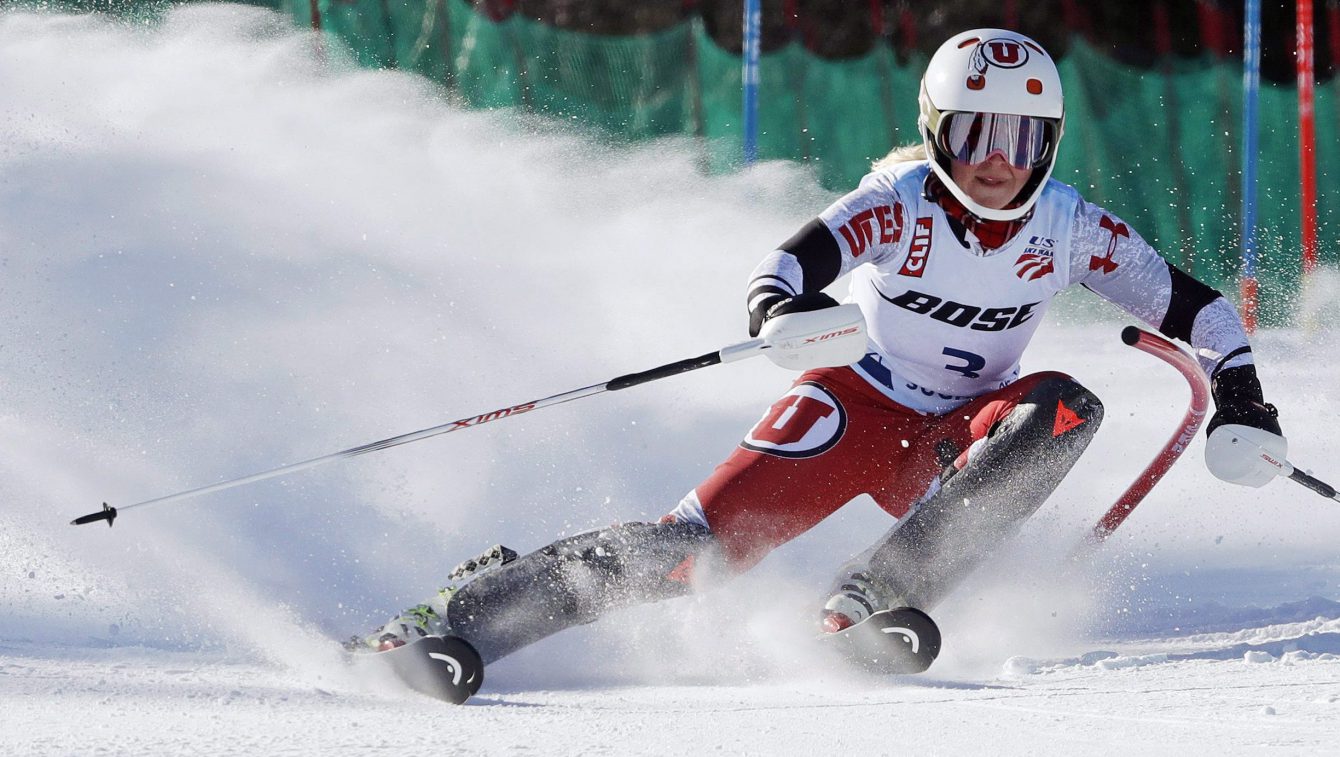 Roni Remme, of Canada, bends a gate during her first run at the women’s slalom skiing race at the U.S. Alpine Ski Championships at Sugarloaf Mountain Resort in Carrabassett Valley, Maine, Sunday, March 26, 2017. Remme, a freshman at the University of Utah, finished second in the slalom championship. (AP Photo/Charles Krupa)

Biathlon is back on the schedule Saturday morning at 6:15 a.m. EST, with Rosanna Crawford set to compete in the women’s 12.5km mass start. 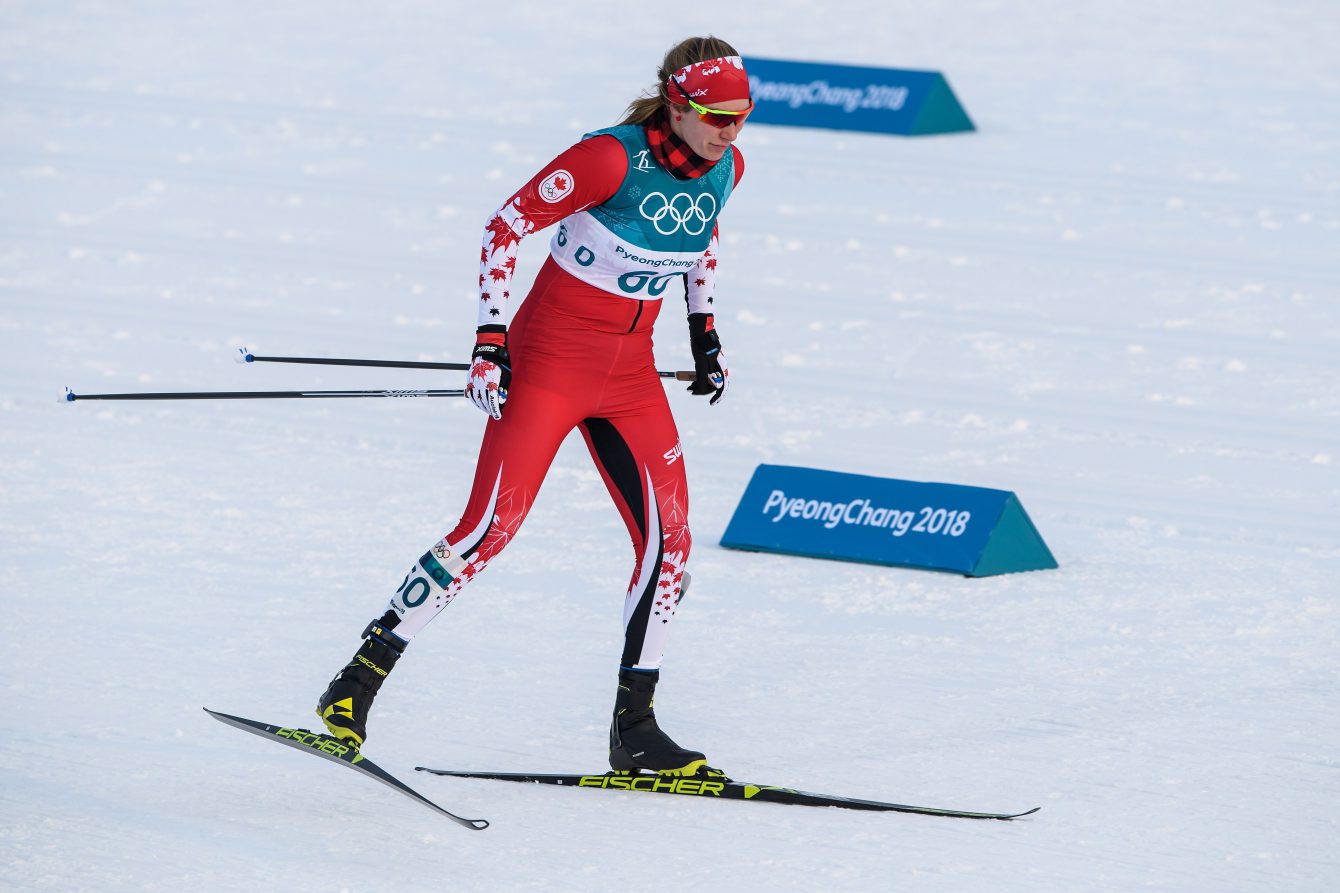 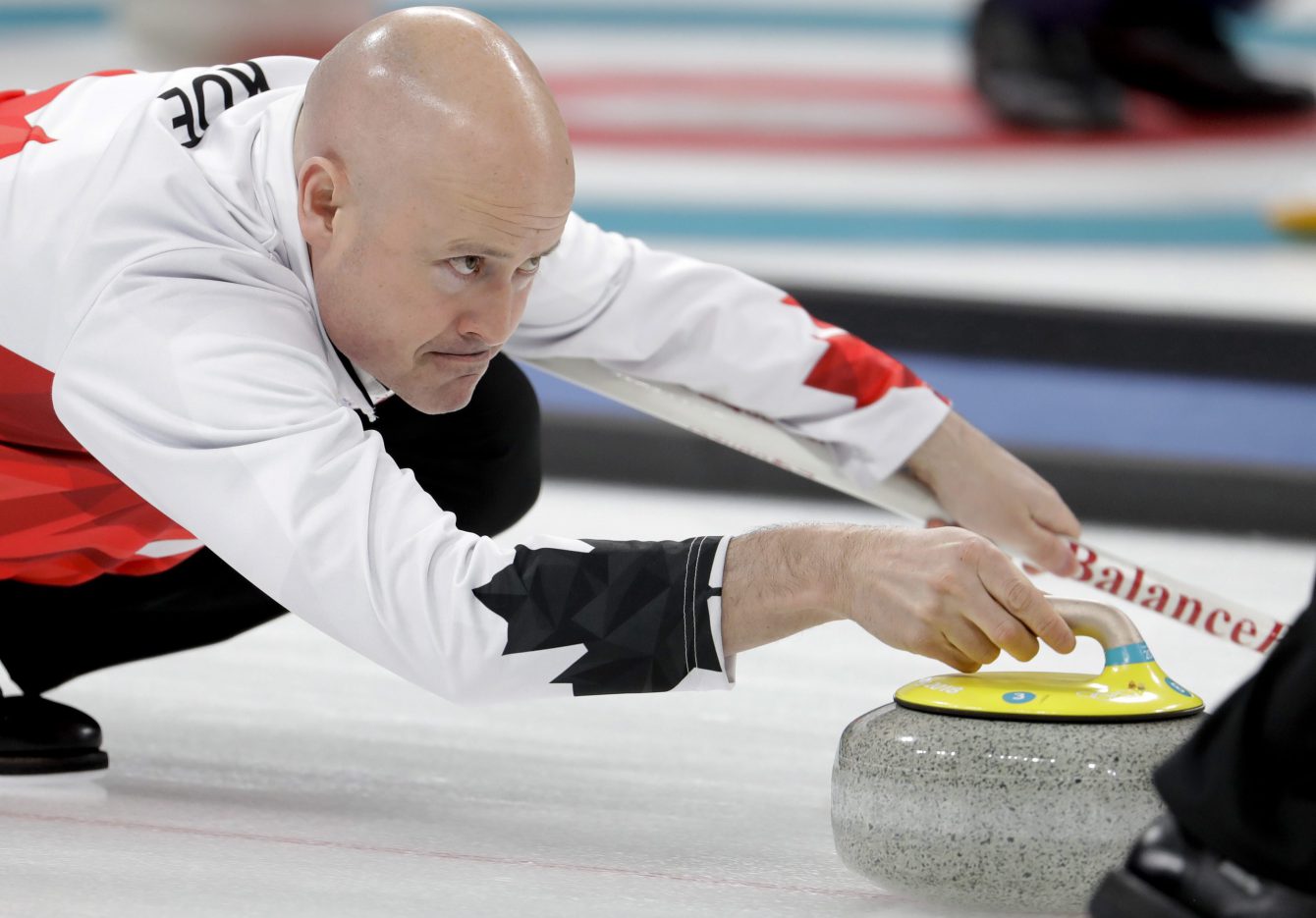 The men and women each have a game on Saturday morning. At 12:05 a.m. EST (9:05 p.m. PST on Friday evening), Kevin Koe, Marc Kennedy, Brent Laing and Ben Hebert face off against Sweden. At 6:05 a.m., Rachel Homan, Emma Miskew, Joanne Courtney and Lisa Weagle will face off against the United States. 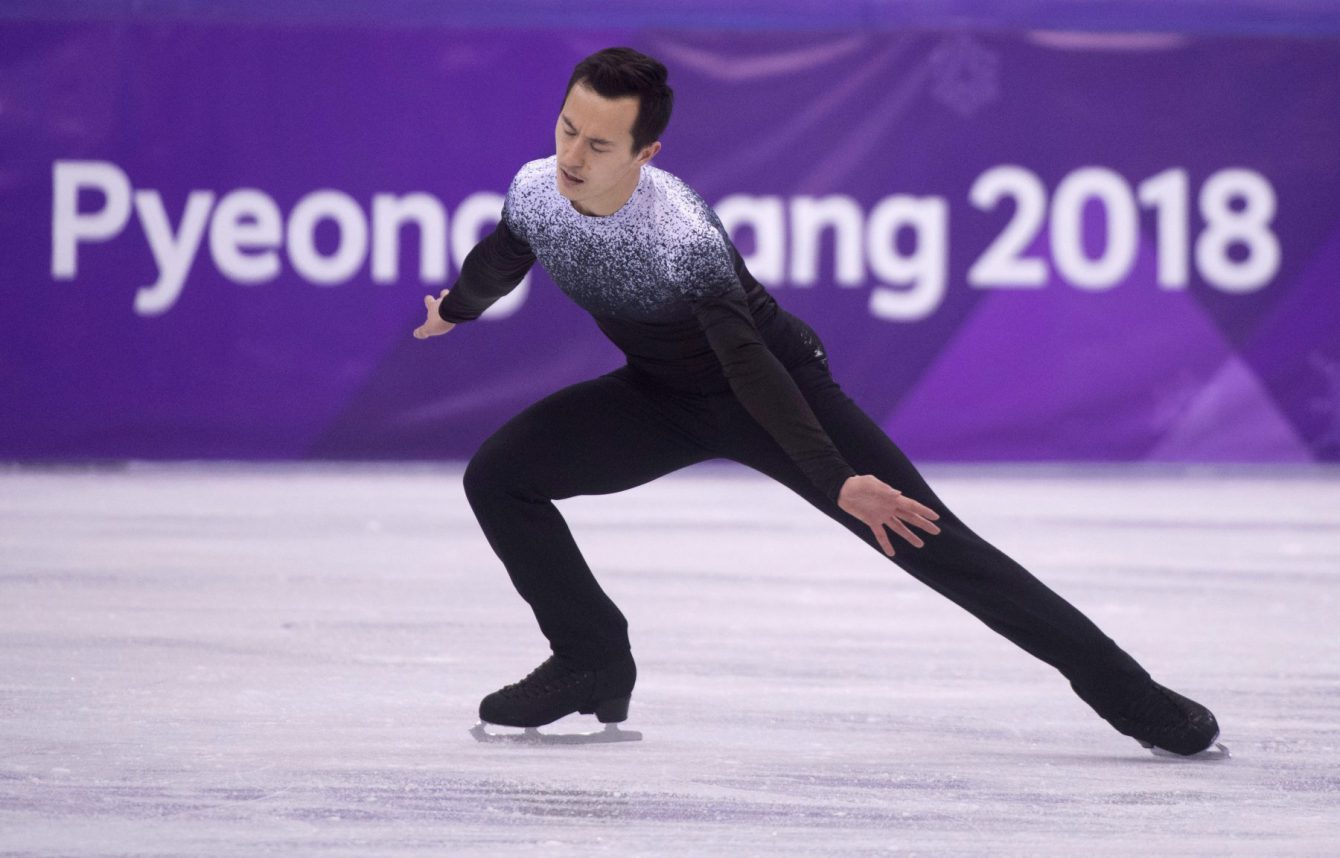 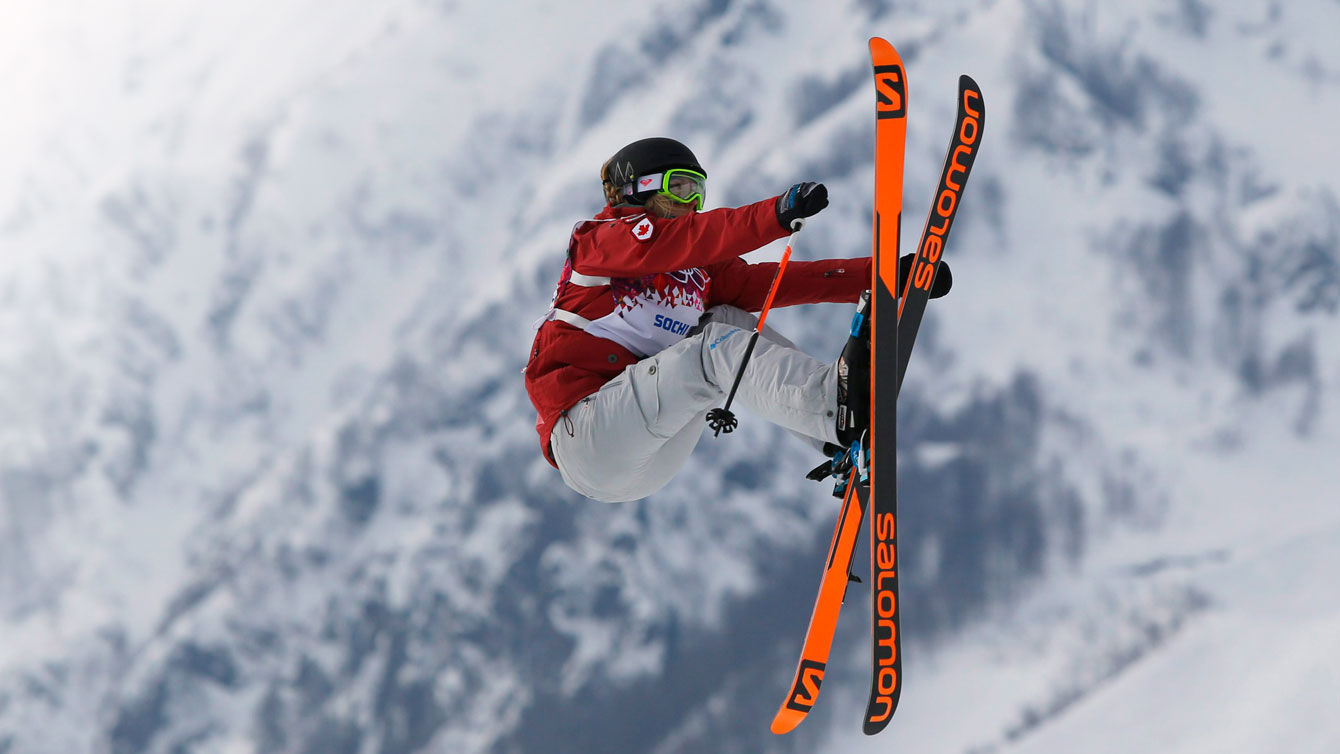 Dara Howell grabs the front of her skis on way to landing the final jump of her winning run at Sochi 2014.

The women’s slopestyle events take place Friday night. At 8:00 p.m. EST, Kim Lamarre, Dara Howell, and Yuki Tsubota will ski in the qualification round. Depending on their results, they may also ski in the final at 11:00 p.m. Howell is the reigning Olympic champion for this event while Lamarre won bronze in Sochi.

On Saturday morning at 6:00 a.m., the men’s aerials qualification round will be held, with Lewis Irving and Olivier Rochon representing Canada. 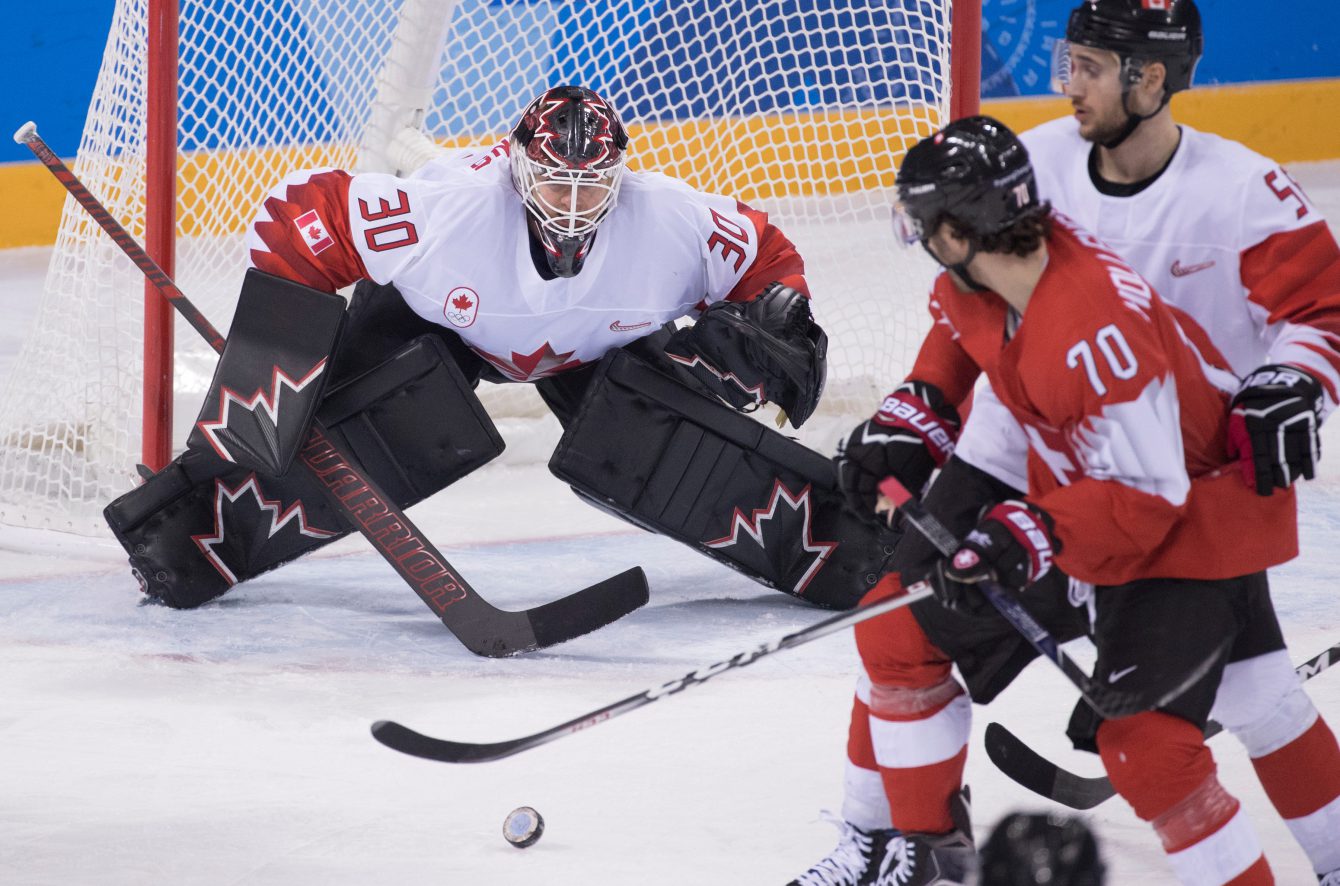 The men’s team gets back on the ice Friday night at 10:10 p.m. EST with a game against the Czech Republic. 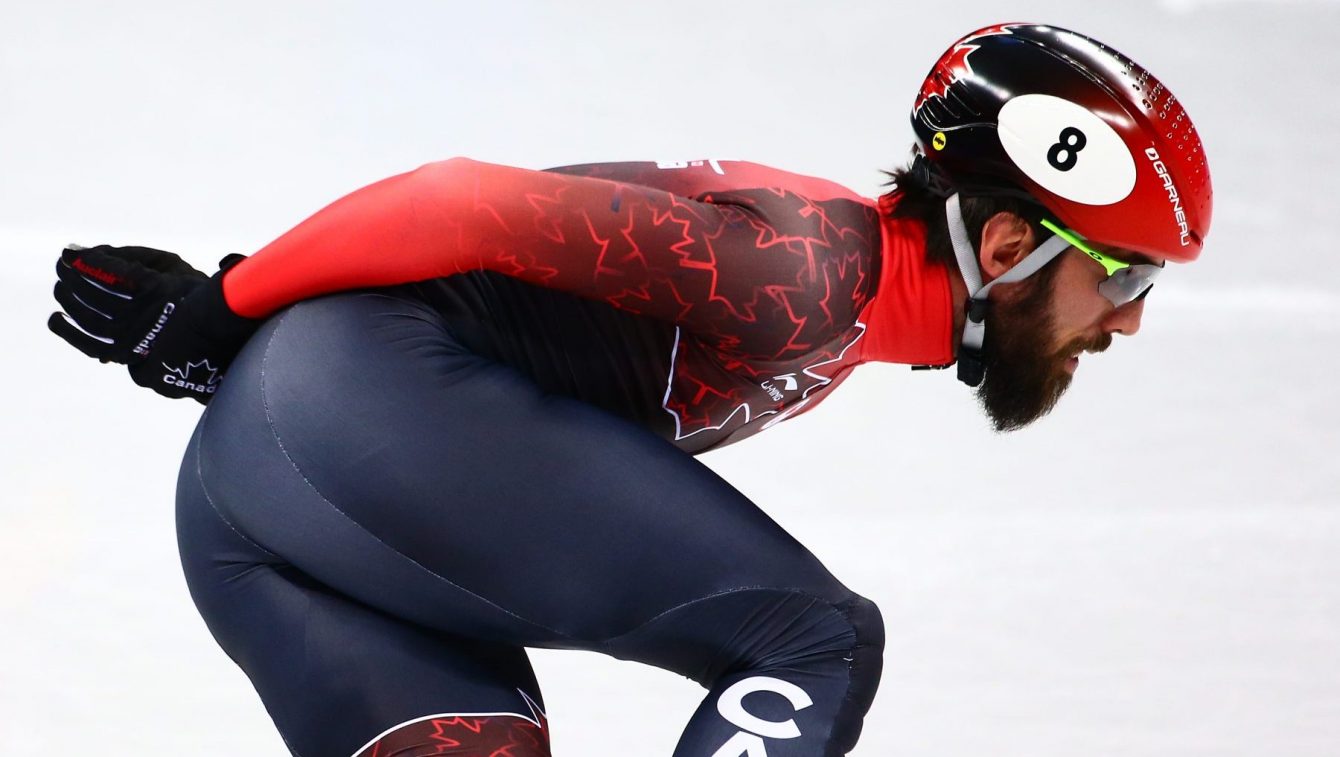 Charles Hamelin of Team Canada competes in the men’s 1500m at Gangneung Ice Arena during the PyeongChang 2018 Olympic Winter Games on February 10, 2018. (Photo by Vaughn Ridley/COC)

The men’s 1000m quarterfinals will also take place on Saturday morning. At 5:47 a.m. Samuel Girard will compete and at 5:53 a.m. Charles Hamelin will compete. Depending on their results, they may also skate in the semifinals at 6:43 a.m. and the final at 7:21 a.m. 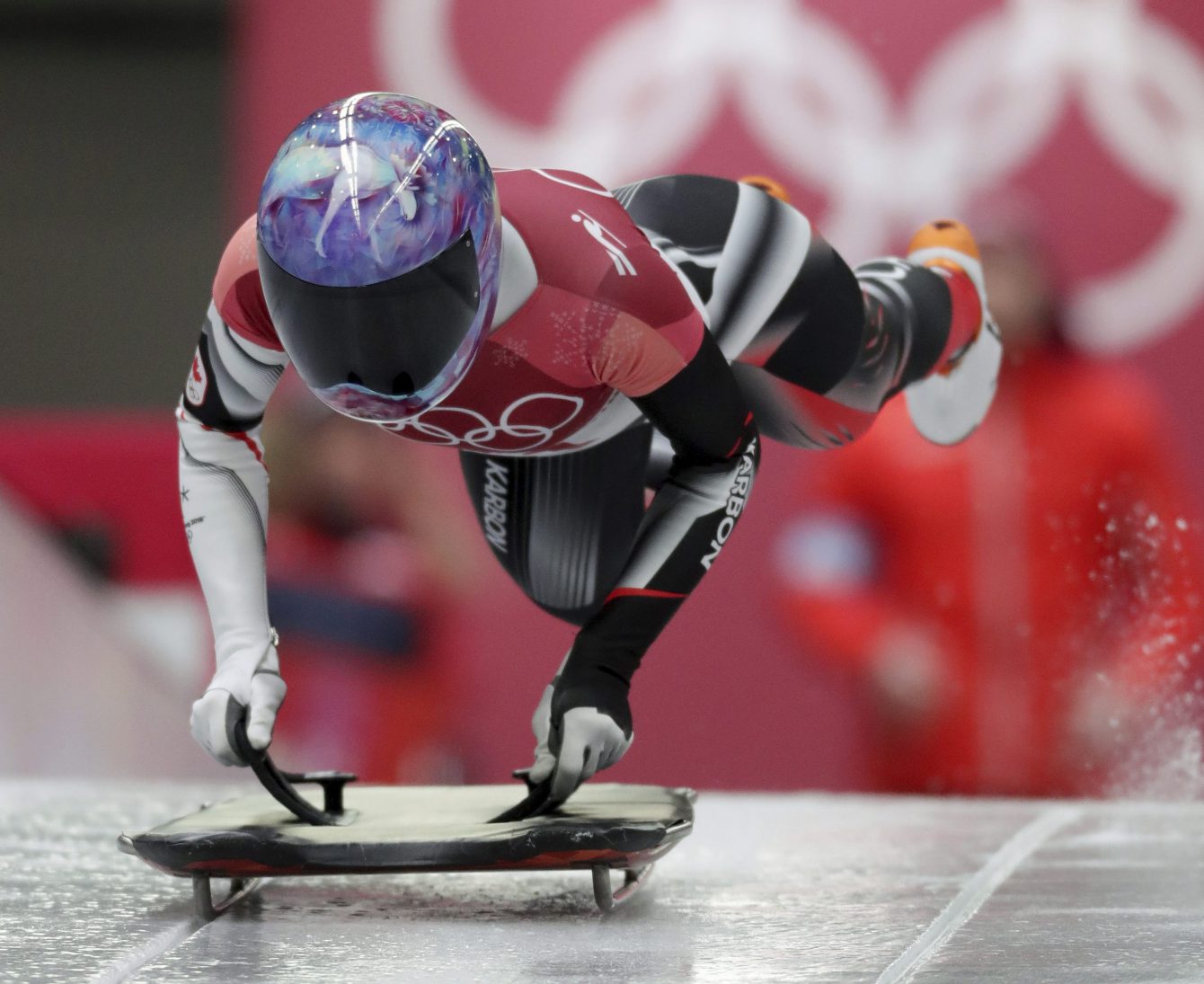 Women’s singles will hold their last runs on Saturday morning. At 6:20 a.m. EST, Jane Channell, Mirela Rahneva, and Elisabeth Vathje will slide in the third run, and then in the fourth run at 7:45 a.m. 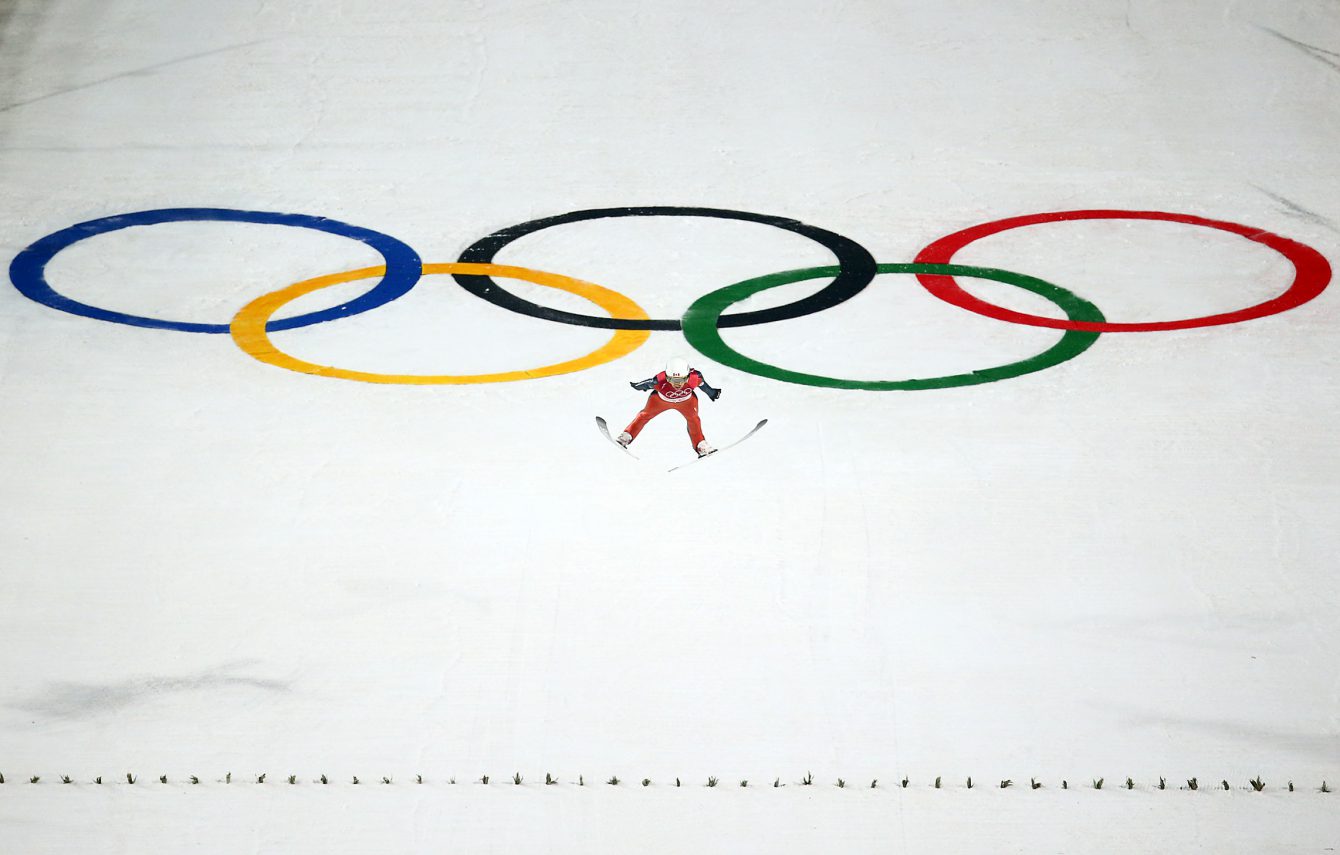 On Saturday morning, Canada will participate in their last ski jumping event. At 7:30 a.m. EST, Mackenzie Boyd-Clowes will jump in the first round of men’s individual large hill. Depending on his results, he may also jump in the final round at 8:30 a.m.

PyeongChang 2018: Day 8 Schedule
Team Canada and Hudson’s Bay unveil Tokyo 2020 uniform kit
Wearing the maple leaf: Team Canada through the decades
What is the difference between racquetball and squash?
Shuttlecock and balls: The fastest moving objects in sport
Brandon McBride: Keeping His Head on a Swivel