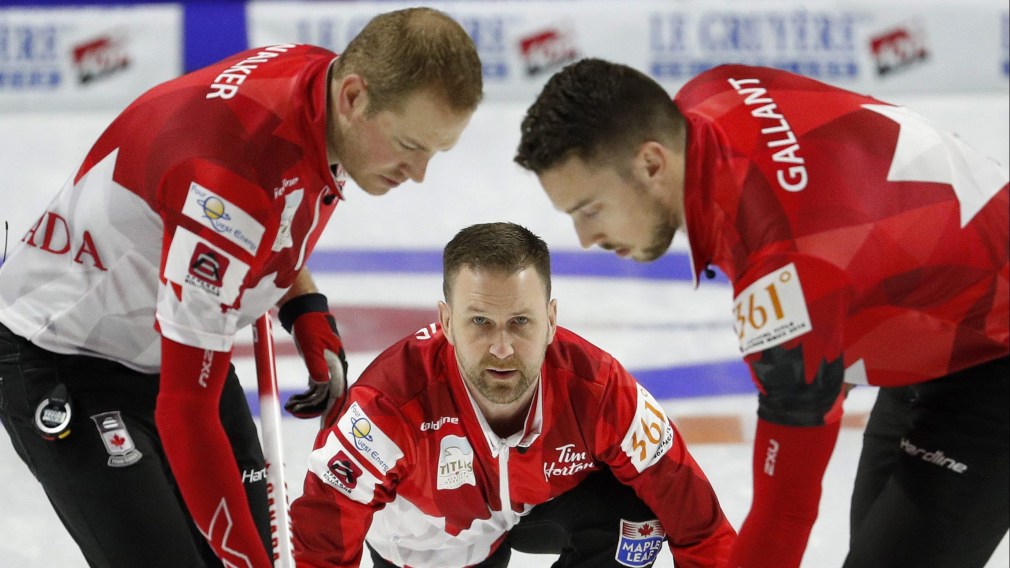 For Swedish skip Niklas Edin, it is his third world title, adding to the ones he captured in 2013 and 2015. It also gives him some payback on Gushue, who beat him for the gold medal at last year’s world championships.

Sweden had the hammer to start the final in Las Vegas. After the first two ends were blanked, Edin gave an indication of what would come throughout the match as he made a nice shot with his final stone to score two in the third.

Having finally gotten the hammer, the Canadians set themselves up well in the fourth end. But Edin made an amazing shot to get rid of the two red stones sitting in the four-foot. Forced to draw for a single, Gushue came up light, giving up a steal of two instead.

Gushue gave up another steal in the fifth when his runback double takeout for two didn’t curl enough. They went into the break down 5-0.

And unfortunately for Gushue, his Swedish counterpart continued to curl brilliantly. Edin made two impressive takeouts in the sixth end to leave nothing for Gushue but a nose hit for a single point. Edin ended the game curling 97% on takeouts.

"He just can't miss anything, can he?" Niklas Edin nails a double to lie three against Canada! #WMCC2018 #curling pic.twitter.com/6B6Stft3Nl

Back with the hammer in the seventh, Edin scored two more on an easy open hit to take a 7-1 lead. Team Gushue managed to score two points in the eighth to make it 7-3 before they shook hands to end the game.

Earlier in the day, Scotland defeated South Korea 11-4 to win the bronze medal.

Silver for Team Gushue at World Men’s Curling Championship
12 Team Canada athletes who are Winter and Summer Olympians
De Haître: 2 sports, 2 Olympic Games, 7 months. Challenge accepted.
Shuttlecock and balls: The fastest moving objects in sport
McBean: Chaos and change can provide the greatest opportunities
What is the difference between racquetball and squash?