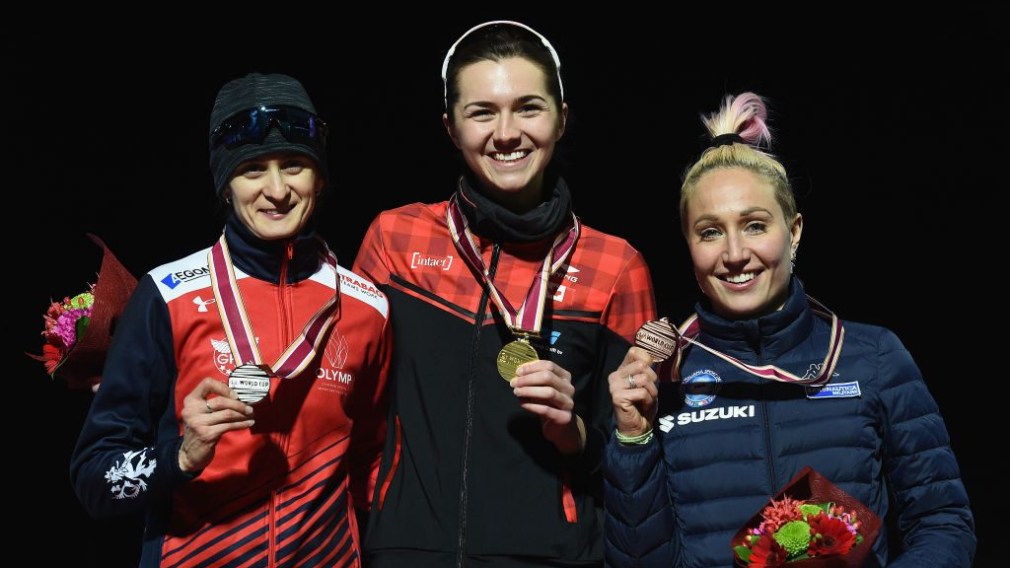 Team Canada is leaving the speed skating World Cup in Tomokamai, Japan with three more medals won on the final day of races.

Isabelle Weidemann skated to gold in the women’s 3000m for her first-career individual World Cup medal. Her time of 4 minutes 10.185 seconds set a new record for the outdoor track in Tomakomai and was almost three seconds faster than silver medallist, Martina Sáblíková of the Czech Republic (4:13.005). Francesca Lollobrigida of Italy won bronze in 4 min 13.472 s.

There’s a big team behind this medal. This one’s for all of you. 🇨🇦 #golden

Team Canada also landed on the podium in the women’s team sprint. Kaylin Irvine, Ivanie Blondin, Heather McLean and Keri Morrison clocked a time of 1 min 32.810 s to win bronze behind Italy (1:32.120) and the Netherlands (1:32.100). The outdoor track proved to be no problem for the Canadians this weekend and the temperature even warmed up on Sunday to 8.5 degrees Celsius at race time.

Canada’s men followed that up with bronze in the team sprint. Laurent Dubreuil, Christopher Fiola, Antoine Gélinas-Beaulieu and David La Rue won their second-straight bronze after the same result at the World Cup opener last weekend. Their time of 1 min 24.230 s landed them on the podium behind the Netherlands (1:23.640) and Russia (1:23.540).

Weidemann wins gold on three-medal day for Team Canada at speed skating World Cup
Getting vertical: The highest jumps in sport
Parrot wins gold at FIS big air World Cup in Austria
Shuttlecock and balls: The fastest moving objects in sport
What is the difference between racquetball and squash?
Korea 101: Korean Customs and Traditions