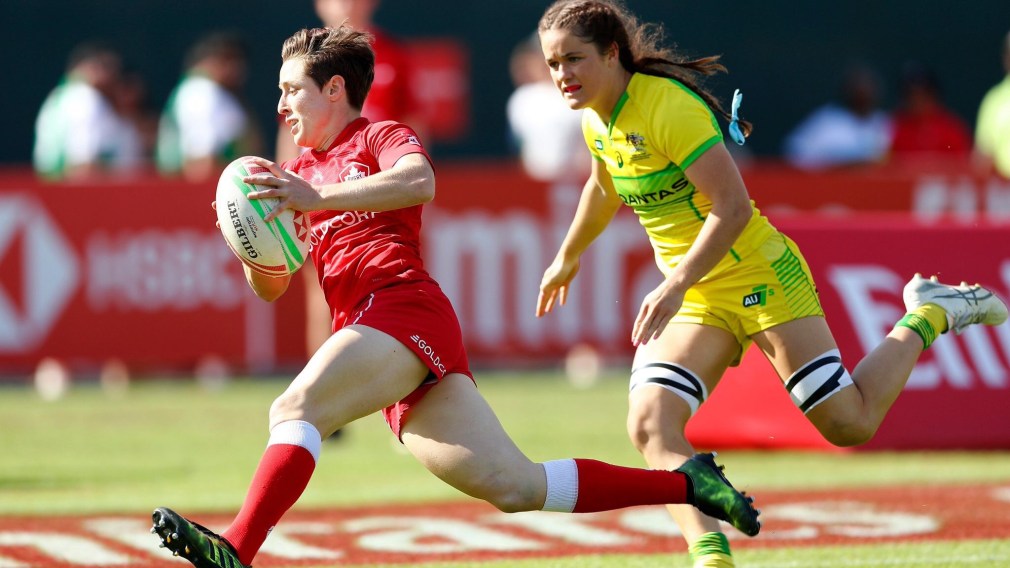 The Canadians had gone undefeated in pool play on Thursday, posting victories against Fiji, Spain and France. They went on to defeat Ireland 24-7 in Friday’s quarterfinal before a tight 15-10 win over Australia in the semifinal to set up the showdown with the Black Ferns who were also undefeated.

The semifinal was a dramatic affair, with Bianca Farella scoring a try in the final seconds of the match to break a 10-10 tie. Farella tied for the scoring lead in Dubai, with 35 points. Ghislaine Landry picked up 30 points of her own in the tournament to bring her season total to 73, leading the series.

The Rugby Sevens World Series is a pathway to qualification for Tokyo 2020. The top four teams in the standings at the end of the season will earn Olympic spots for their countries.

Team Canada wins silver at Women’s Rugby Sevens World Series in Dubai
What are the differences between baseball and softball?
Shuttlecock and balls: The fastest moving objects in sport
Adventure, culture and food: 9 things Peru is famous for
What is the difference between racquetball and squash?
Black athletes who made Olympic sport history in Canada