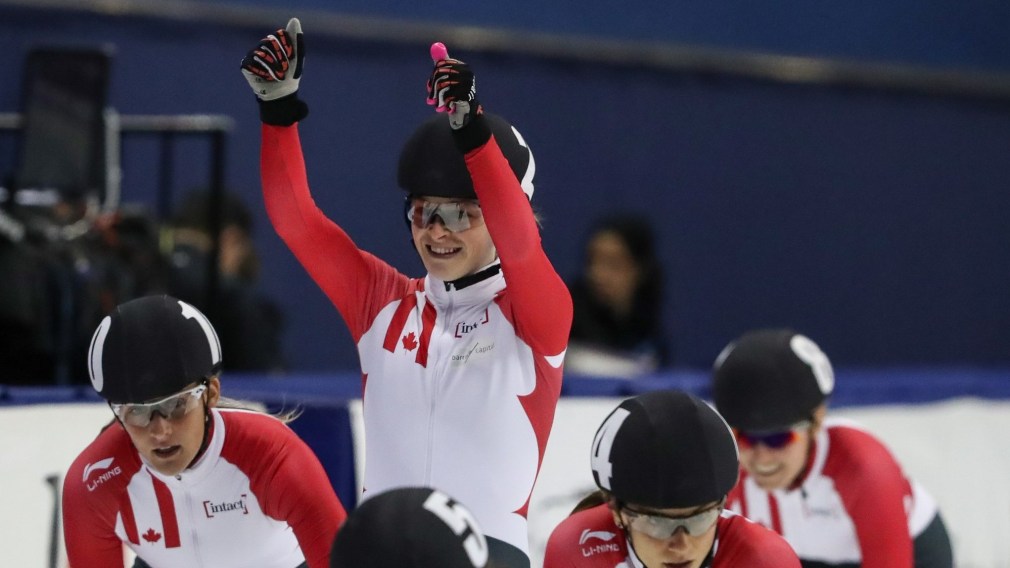 Team Canada claimed a gold, silver and two bronze on the final day of the short track World Cup in Turin, Italy.

The Canadian women were first up on the podium, picking up two medals in the women’s 1000m finals. Kim Boutin started the day off strong, skating her way to the top of the podium – earning herself a gold medal after clocking in a speedy time of 1:32.508.

This was the three-time Olympic medallists second consecutive medal of the weekend, picking up a bronze in the 500m race just one day earlier with a time 44.184.

With an effortless overtake, Kim Boutin picks up a win for Canada in the Ladies' 1000m. 🇨🇦 pic.twitter.com/aKcpISaqBi

She was joined on the podium by fellow Canadian Alyson Charles who claimed bronze. Charles finished with a time of 1:32.891, just behind South Korean Min Jeong Choi’s time of 1:32.814.

READ: Triplet of short track bronzes for Canada at the Turin World Cup

To close off the competition, Canada competed in the 2000m mixed gender relay. The Canadian squad comprised of Boutin, Samuel Girard, Charles Hamelin, and Courtney Lee Sarault skated away with silver medals draped around their necks with a time of 2:40.614. They finished just 61 milliseconds behind Russia’s first-place time of 2:40.553. The United States completed the podium in 2:43.493 to claim bronze.

24-year old Boutin will be leaving the competition with a trio of medals – one gold, one silver and one bronze.