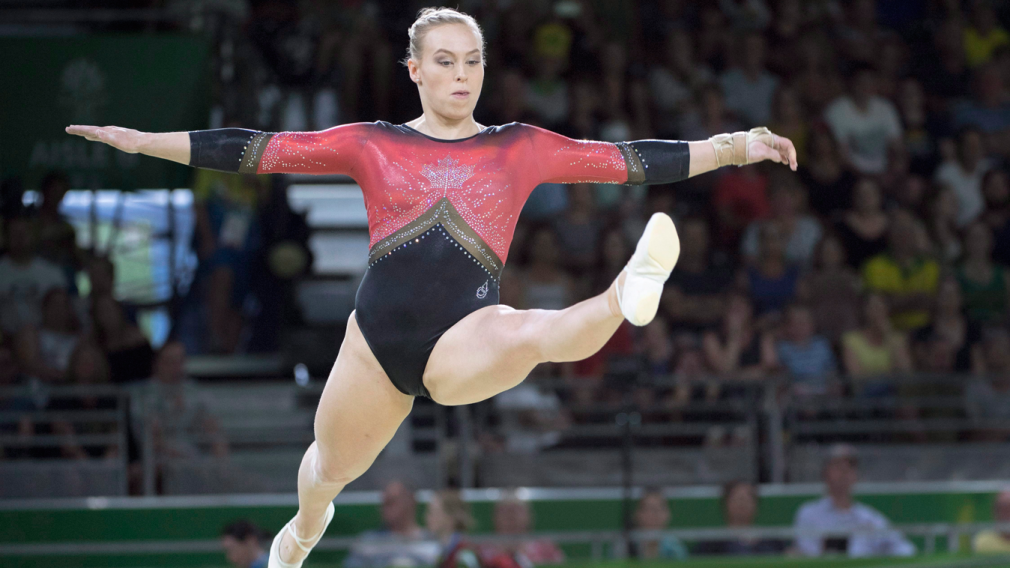 Canada's Ellie Black leaps on to the balance beam during the final in artistic gymnastics at the Commonwealth Games Monday, April 9, 2018 in Coomera, Australia. THE CANADIAN PRESS/Ryan Remiorz

Ellie Black landed back on an international podium with a silver medal at the 2019 Artistic Gymnastics World Cup in Tokyo on Sunday.

The two-time Olympian scored 55.032 points overall to finish behind American Morgan Hurd (55.099). Asuko Teramoto (54.799) of Japan completed the podium with bronze. Black put down four solid routines as the battle between Black and Hurd continued.

Black’s day began with a strong performance on vault, scoring 14.500 to put her in second position behind Teramoto heading into the second rotation. On bars she recorded the second-best score again with 13.533, this time trailing Hurd.

Black landed the top score on beam at 13.733, putting herself in first place heading into the final rotation on floor. Black closed with her floor routine and although she had a small step out of bounds, she recorded a score of 13.266 to secure the silver medal.

Next up for the Canadian team will be the Canadian Championships taking place in Ottawa from May 23-26 at Carleton University.