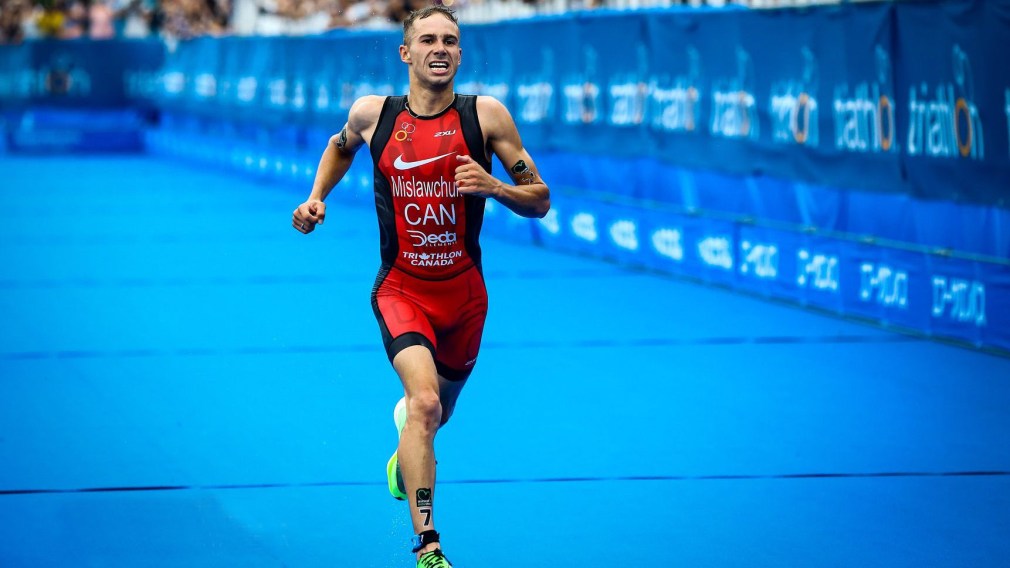 The Manitoba native finished the course in one hour 49 minutes and 51 seconds. Behind him on the podium were Norwegian Casper Stornes and Hayden Wilde of New Zealand, respectively.

The Elite men's race came down to a magnificent sprint finish and Canada's @Mislawchuk taking the tape to win the #TokyoTestEvent. 🥇
Casper Stornes from Norway in second and a remarkable third place for New Zealand's Hayden Wilde.
📷 @DellyPhotoNinja @TriathlonCanada @Tokyo2020 pic.twitter.com/4ZpBsahifC

Mislawchuk, Stornes and Wilde led the running portion for the majority of race, with Wilde falling behind with two kilometres to go. Stornes and Mislawchuk were side-by-side nearing the finish line until the Canadian pulled ahead to finish four seconds earlier.

He said of his victory: “That’s the biggest race outside of the Olympics for me so that’s just unbelievable. I had good legs on the day and I want to thank the boys out there for helping me out, we worked as a team and I couldn’t have done it without them. I can’t believe it.”

Earlier this year, Mislawchuk became the first Canadian male to reach the podium on the World Triathlon Series tour.

Canadians Matthew Sharpe and Alexis LePage did not finish the race.

Triathlon: Tyler Mislawchuk wins Tokyo 2020 test event
What are the differences between baseball and softball?
Where are They Now? Alexandre Despatie
Canada locks up men’s Olympic curling berth for Beijing 2022
Shuttlecock and balls: The fastest moving objects in sport
What is the difference between racquetball and squash?