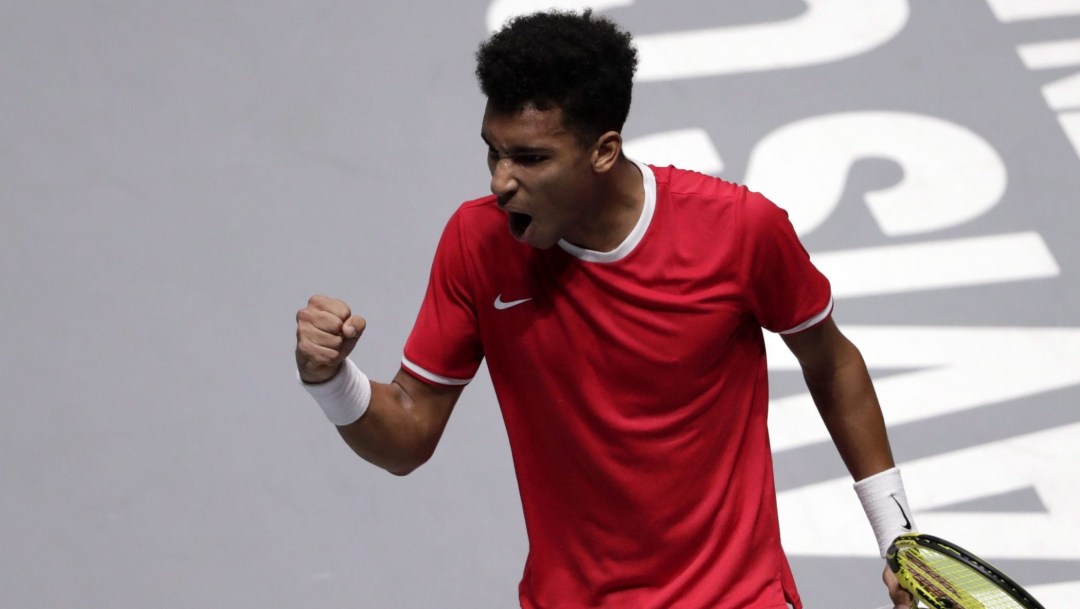 This article was updated on November 1, 2022

Tennis is often thought of as an individual sport, but there are times when players come together to represent their country as a team.

The Davis Cup and Billie Jean King Cup are annual highlights on the calendar so here’s what you need to know about them.

What are the Davis Cup and Billie Jean King Cup tournaments?

Davis Cup was created when members of the 1900 Harvard University tennis team wanted to arrange a match between USA and Great Britain. One of the American players, Dwight Davis, designed the tournament format and purchased the tournament’s trophy with his own money. His name would become synonymous with the tournament.

The idea of the Fed Cup was brought up in 1919 but did not become a reality until 1963 when it was launched as a way to celebrate the International Tennis Federation’s (ITF) 50th anniversary. Back then it was the Federation Cup before the name was shortened in 1995.

In September 2020, the Fed Cup was renamed after tennis legend, Billie Jean King, who has been a proponent for equality in the sport throughout her career. The tournament bearing her name has the biggest annual prize fund in women’s team sports, matching that awarded in Davis Cup.

What is the format for Davis Cup?

The Davis Cup Qualifiers take place during the spring. Each tie between two nations consists of two singles matches and a doubles match on day one followed by two reverse singles matches on day two. The term “rubbers” is used for matches played within a tie. A team has to win three rubbers to win the tie. These rubbers are all best-of-three sets. A team can consist of up to five players, though there is no obligation for all team members to compete in a rubber. A player can compete in a maximum of two singles matches.

For the 2022 Finals, the 16 teams were drawn into four groups of four. Each group played their round robin in a different city. The top two teams in each group advanced to the knockout stage, which takes the form of a bracket tournament, starting with quarterfinals. The winners there move onto the semifinals with those victors facing off for the trophy. Each tie during the Finals consists of two singles matches and one doubles match, which are again best-of-three sets.

Canada will take on Germany in the quarterfinals. The other quarterfinal matchups include Italy vs the United States, Australia vs the Netherlands, and Croatia vs Spain.

What is the format for Billie Jean King Cup?

Seven of those teams advanced from the 2022 Qualifiers — Canada, Czech Republic, Italy, Kazakhstan, Poland, Spain, and the United States. Great Britain is in as the host nation, with the finals taking place in Glasgow, Scotland. Switzerland (2021 runner-up) and Australia (2021 highest ranked losing semifinalist) were automatically qualified. The defending champions from Russia were banned from competing following their country’s invasion of Ukraine. Slovakia received a bye as they were supposed to play Australia in the Qualifiers. Belgium got a walkover win in the Qualifiers after Belarus also had its ITF membership suspended.

The 12 teams in the 2022 Finals will be divided into four groups of three. After a round robin within the groups, the top team in each group advances to the semifinals. The winners of those matches face off for the trophy. All ties in the Finals consist of two singles matches and a doubles match.

The Billie Jean King Cup Qualifiers take place during the spring. Each tie between two nations consists of two singles matches and a doubles match on day one followed by two reverse singles matches on day two.

Who is on Canada’s Davis Cup and Billie Jean King Cup teams?

For the group stage of the 2022 Davis Cup Finals, Canada was represented by Félix Auger-Aliassime, Vasek Pospisil, Alexis Galarneau, and Gabriel Diallo. Auger-Aliassime and Pospisil secured Canada’s victories over South Korea and Spain, playing all of those singles and doubles matches. At age 20, Diallo made his Davis Cup debut in a singles match against Serbia while Galarneau played doubles against Serbia in his second Davis Cup appearance.

That quartet will be joined by Denis Shapovalov for the knockout stage of the 2022 Finals. The most experienced member of the squad is Pospisil, who has received his 27th Davis Cup selection. Auger-Aliassime will be making his fifth Davis Cup appearance while Shapovalov is nominated for the eighth time.

For the 2022 Finals, 2019 US Open Champion Bianca Andreescu will join Fernandez, Dabrowski, Marino, and Zhao. Dabrowski is the veteran, having received her 16th career Billie Jean King Cup selection. It is the seventh career selection for both Andreescu and Zhao while Fernandez will make her fifth appearance. Marino was nominated for the eighth time.

When are the next Davis Cup and Billie Jean King Cup matchups?

Team Canada’s quarterfinal match against Germany in the knockout stage of the 2022 Davis Cup Finals will take place November 24 in Malaga, Spain. A win would advance them to the semifinals on November 26 to face the winner of Italy vs the United States. The final will take place on November 27.

Team Canada will play in the group stage of the 2022 Billie Jean King Cup Finals in Glasgow, Scotland. Canada is in Group A with top-seed Switzerland and Italy. Group play will take place November 8-11 with the semifinals on November 12 and the final on November 13.

Has Canada ever won a Davis Cup or Billie Jean King Cup title?

Team Canada’s best finish in Davis Cup was in 2019, when they were the runners-up in the first iteration of the new Davis Cup format. That team included Denis Shapovalov, Félix Auger-Aliassime, Brayden Schnur, Vasek Pospisil and non-playing captain Frank Dancevic. In the Finals, they defeated Italy and the United States in group play before knocking out Australia and Russia to reach the final. Their only loss came against powerhouse Spain, who had the home court advantage in Madrid. Canada is currently ranked sixth in the world.

Team Canada’s best finish in Fed Cup was in 1988 where they reached the semifinals. Canada is currently ranked sixth in the world.