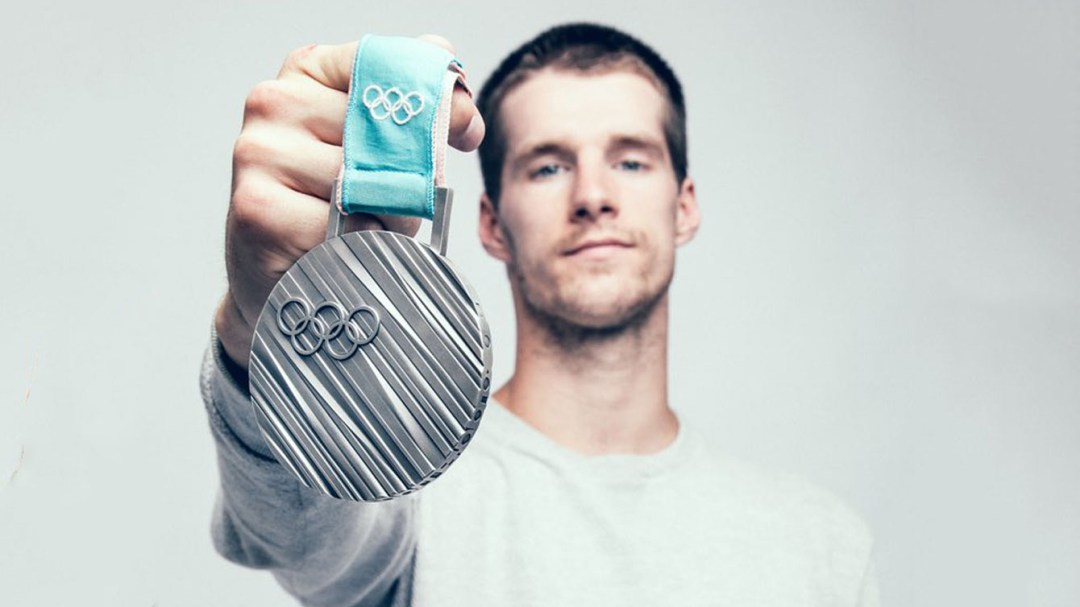 Nothing could stop snowboarding genius Max Parrot, a multiple X Games medallist and Olympic silver medallist in slopestyle, in PyeongChang 2018. Nothing until the following autumn when cancer entered his life, and everything fell apart.

A year and a half after the onset of the first symptoms, Parrot is not only a cancer survivor, but he is at the top of his game and carried by a mission he holds close to his heart. Since returning to competition, Parrot has pledged to donate $1,000 to the Leukemia & Lymphoma Society of Canada for each of his circuit victories.

Here is a look back on his cancer journey, what motivates him to push his sport further, and his cancer research fundraising efforts.

After noticing severe itching on his neck and a swollen ganglion in September of 2018, Parrot underwent a biopsy on December 11 to figure out the root of the cause.

Bummed that I won’t be able to make it to @dewtour this year and defend my title.. 🙁 Got sick and I’ll need to stay home this time around. Wishing good luck to all the riders out there!! 👊🏻 Can’t wait to ride at the next event!!

His diagnosis came ten days later, on December 21, just before the holiday break — it was Hodgkin’s lymphoma. On January 17, 2019, he disclosed the news to the media, and in the same press conference, announced the end of his 2018–2019 season to focus on chemotherapy.

Being the great competitor that he is, Parrot admitted that having to give up competing was the most difficult part, especially given that he had not missed a contest in seven years.

“Now I have a new challenge to face, this is a new kind of competition that I have to compete in, and I intend to do everything to win it,” he said at the press conference.

Hodgkin’s lymphoma affects very few people according to Lymphoma Canada. Only 0.5% of cancer diagnoses are this specific type, and approximately 900 Canadians are diagnosed with this disease annually.

For Parrot, his “training program” was simple, but aggressive: 12 sessions of chemotherapy by infusion every two weeks.

Yesterday was one of the hardest day of my life, it took all of my energy and determination to go get my last treatment at the hospital, all I wanted to do was giving up.. But I still went. Thanks for supporting me during the last 12 treatments! It really helped me!! 🙏🏻

During his treatments, his immune system took a hit, he saw his hair and eyebrows fall out, and he consistently experienced great fatigue and severe nausea.

Slowly going back to the gym! Far from doing a work out like I used too but it’s a start! 😄 I’m mostly just getting my muscles ready to play hard after my last treatment!! 3 weeks to go!! 💪🏻

After two months of hard work in the gym and on his board, Parrot felt physically ready to compete. Two weeks before his first competition: the Oslo X Games on August 31, 2019 he was hungry to get back. Mentally, he had been ready for a long time!

“I was like a lion in a cage for six months, so when the treatments were finally completed, I never felt so ready to go back on the slopes and enjoy my passion again.”

Does he have any physical long-term effects from cancer?

None. Parrot even admits that physically, he is the same as before, but mentally, “I am even stronger, I am also wiser with my time now, which I see good results from it.”

Parrot cannot thank the Leukemia & Lymphoma Society of Canada enough. “They have done a tremendous amount of work over the years to improve treatment and the chances of survival. Without them, my chances of being alive today would be very low.” That’s why he takes great pride in his role as spokesperson for the LLSC.

I’ve never really been a believer of luck in life as I’ve always worked my ass off to get the things I wanted. But I understood this past year that luck is not really about the things you want in life! For those who doesn’t know, the cancer I had in 1960 had only 10% of chances of surviving. But with all the donations the population as given over the years, it increased by a lot! I feel lucky to be born when the chances of surviving are much more than 60 years ago. This is 100% luck. But also 100% because of the people in our society who chose to donate and stand together for cancer! My battle may be done, but the battle for cancer stands until the chances of surviving are not up to 100%. So now that I am back on my board, enjoying my passion again, I ain’t gonna say thank you good bye to cancer. I’ll be forever grateful and I’ll keep on working my ass off until cancer is 100% curable. So for every contest I win this season, starting with the one last weekend, I’ll be giving 1000$ to the @llscanada!! How about that cancer!? You thought you were done with me?!! Hell no!!! 🖕🏻 #fuckcancer

“It means a lot to me and I just want to give back now and help others, which is why I chose to donate $1,000 for every contest I win. It also motivates me a lot to do well!”

Max, we salute you for your courage and your commitment. We’ll never get tired of seeing you do your magic on the hills.

It is thanks to the donations made towards cancer research that people like Parrot have survived and can fully enjoy their lives today. Parrot will walk in solidarity with the blood cancer community at LLSC’s annual flagship event, Light The Night Walk, this fall.

@maxparrot, Canadian professional snowboarder and Olympian partnered with The Leukemia & Lymphoma Society of Canada to help accelerate blood cancer cures. Max will walk in solidarity with the blood cancer community at Light The Night Walk in October. From setback to comeback, you can help change the story. @dulcedotalents @tarzanstudio

Light The Night Walk brings together communities from across the country to celebrate survivors, honour those we’ve lost, and give hope to those fighting. Each year, more than 35,000 Canadians participate to help support the development of blood cancer cures. The funds raised through Light The Night Walk are invested into lifesaving research, programs, and services that support Canadians at every step of their blood cancer experience.

To learn more or to donate, visit llscanada.org/donate. 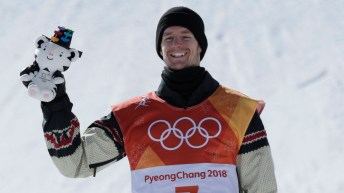 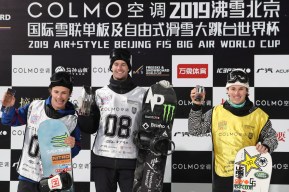 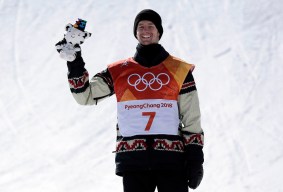 Leirick Chung has wanted to represent Canada since he made the Karate Ontario provincial team as a 14-year-old. He gained...