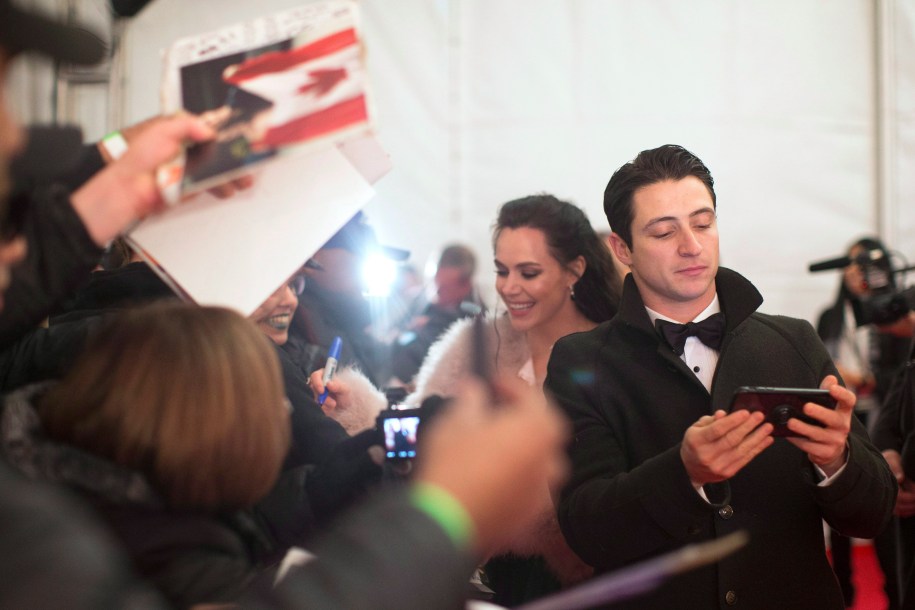 Typically, we recognize Team Canada stars from their incredible athletic performances on the world stage.

But did you know you might be able to recognize some of them on the big screen?

Here’s a look at some Canadian athletes who have shown up in some of your favourite movies and TV shows:

READ: The nominees for Best Olympic Sports Movies are…

Canadian sweethearts Tessa Virtue and Scott Moir made a cameo on CBC’s Mr. D in 2018. They showed up to Xavier Academy to talk to students about their careers, where things take an awkward turn – see the hilarious clip above!

Playing the top rivals of Kate and Doug, the figure skater-hockey player duo at the centre of The Cutting Edge, Christine Hough and Doug Ladret really got into character as the Russian pair of Smilkov and Brushkin, especially Hough. Nicknamed “Tuffy”, her smile was known to really light up a room. But that just wouldn’t work for her serious role, so on went the poker face.

Fun fact: Six weeks before the movie’s release, Hough and Ladret placed 9th in the pairs event at Albertville 1992, which is where the climax of the movie takes place.

If you watched the Netflix show Spinning Out, you would have seen three-time Canadian silver medallists Evelyn Walsh and Trennt Michaud in action, though you could be forgiven for not knowing that. They didn’t have speaking roles, but instead were the skating doubles for the lead characters.

And they weren’t the only Canadian skaters recruited for their expertise. Olympic medallist Dylan Moscovitch had a few words to say in his role as a coach.

Also, does the dress worn in the routine above remind you of anyone else?

In the 2016 biopic Race about American Olympic legend Jesse Owens, it was important that the sprinting be authentic. With a lot of the filming taking place in Montreal, producers turned to Canadian Hank Palmer, who competed at Beijing 2008. Not only did he assist star Stephan James with his form and double as Jesse in some running scenes, he also played one of Owens’ brothers, Quincy.

Olympic rhythmic gymnast Emilie Livingston danced in the clouds in the critically acclaimed film La La Land. In the iconic Griffith Observatory scene, which has been dubbed one of the movie’s most intricate dance sequences, Livingston filled in for Emma Stone to perform some of the more advanced dance moves.

We’d recognize those flips anywhere! Trampolinist Jason Burnett worked as fellow Canadian Michael Cera’s stunt double in Scott Pilgrim vs. The World. Burnett is seen in the movie’s first fight scene being exploded into a big fireball and then flipping onto the stage – a move that’s only fitting for an Olympian!

After winning their way to the finals, Team USA is congratulated by the one and only Wayne Gretzky following their victory in D2: The Mighty Ducks (weird, we know). Gretzky was joined on screen by Canadian hockey players Luc Robitaille and Cam Neely, who also briefly cameoed.

Early in his NHL career, The Great One also made a brief appearance on the hit soap opera, The Young and The Restless.

While he had a small role in The Mighty Ducks 2, Cam Neely is best known for his role alongside Canadian actor Jim Carrey in Dumb and Dumber, Dumb and Dumber To and Me, Myself and Irene. In one of the most memorable athlete cameos ever, Neely plays a tough guy named Sea Bass. 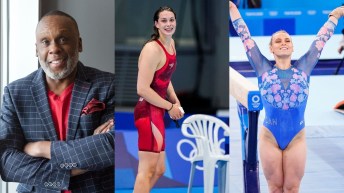 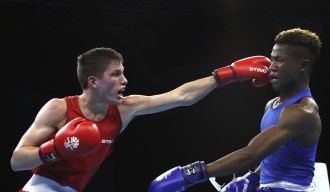 Stages of Boxing Day: how deal hunters and Team Canada athletes are the same