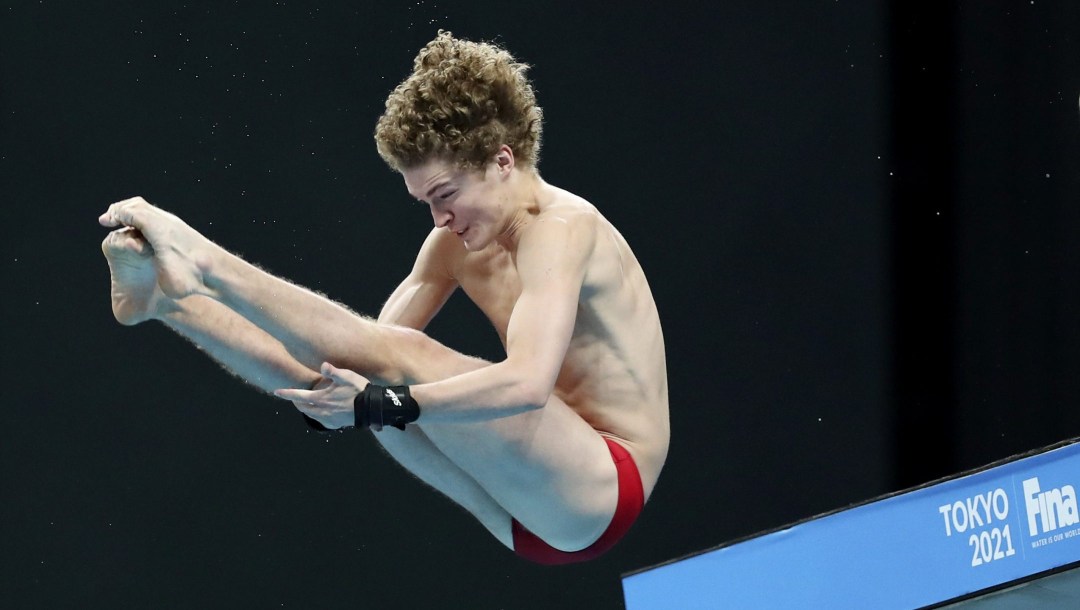 Rylan Wiens enjoyed a career breakthrough at the FINA Diving World Cup in Tokyo where he captured bronze in the men’s individual 10m platform on Tuesday.

Wiens was consistent throughout his six dives, earning a top score of 94.35 points on his second dive as well as three scores of 80-plus points, to finish with a total 488.55. That put him on the podium behind British star Tom Daley, who was almost flawless to win gold with 541.70 points, and Mexico’s Randal Willars, who scored 514.70 for silver.

“That was probably the best event of my life,” Wiens said. “I was able to put in six dives and come out with a bronze medal at the World Cup which is pretty amazing. I was super happy with everything I did and hard work paid off.”

Canada’s Nathan Zsombor-Murray, who had been ranked third in the semifinal, finished fifth in the final with 462.10 points.

“I think I also dove pretty good. I dove a little bit better in the semis and I still have a couple of dives I need to polish off a little bit better, but I think with the score that I got, 462, is not a bad score at all internationally,” said Zsombor-Murray.

The results achieved by Wiens and Zsombor-Murray also assure Canada of a second men’s 10m platform spot for Tokyo 2020. Vincent Riendeau had previously qualified a quota spot for Canada with his top-12 finish at the 2019 FINA World Championships. Two is the maximum number of entries any country is permitted in an individual Olympic diving event. The two men who will represent Canada in the 10m platform at Tokyo 2020 will be determined at the national trials in mid-June.

Over the weekend, Zsombor-Murray and Riendeau won bronze in the 10m synchro event to qualify themselves in that event for Tokyo 2020.

RELATED: McKay and Benfeito win gold to qualify for Tokyo 2020

The other final on Tuesday was the women’s 3m springboard in which Jennifer Abel finished fifth. Canada already had the maximum two Olympic spots booked in the event from the 2019 World Championships. Which athletes take those spots will also be decided at the national trials.

Coming up on Wednesday will be the semifinals and finals of the women’s 10m platform. Caeli McKay is entered for Canada. The men’s 3m springboard is also on tap with Thomas Ciprick representing the maple leaf.