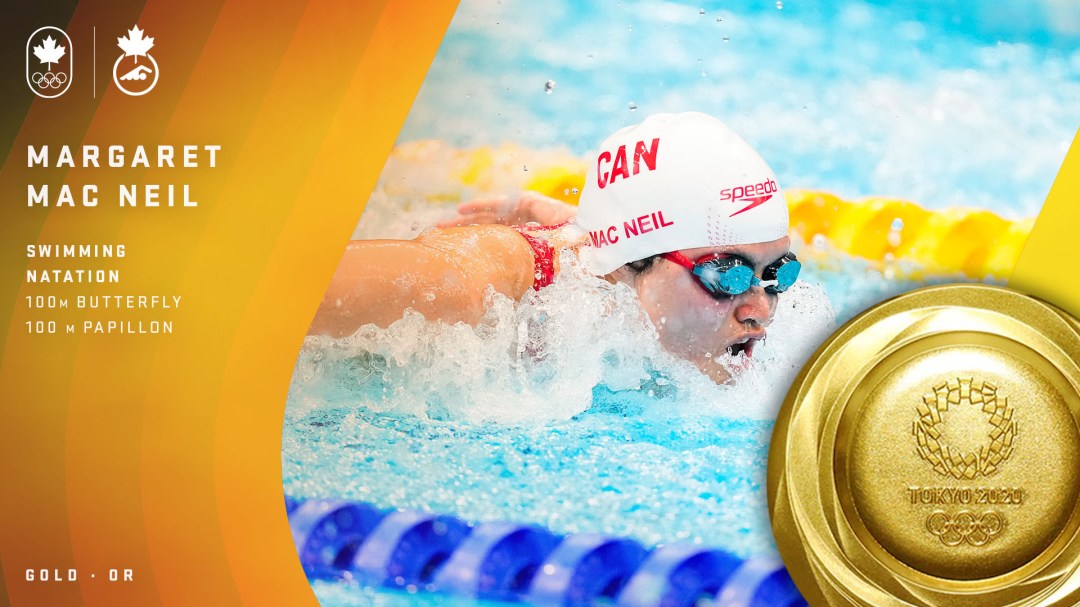 Mac Neil touched the wall in 55.59 seconds, setting an Americas region record in the victory. That lowered her Canadian record by almost a quarter of a second, beating the time she had set at the 2019 FINA World Championships.

Mac Neil was swimming in lane 7 after being the sixth-fastest qualifier from the semifinal. She was seventh at the turn but then turned it on. In a tight four-way race to the wall, Mac Neil edged out Zhang Yufei of China by 0.05 of a second. Australian Emma McKeon came in for the bronze, one-hundredth of a second ahead of American Torri Huske.

This is the second straight Games that Canada has won a medal in the women’s 100m butterfly, as Mac Neil follows the silver won by Penny Oleksiak at Rio 2016. Those are the only two medals Canada has won in this event in Olympic history.

This is Mac Neil’s second medal of Tokyo 2020 after swimming the second leg of Canada’s silver medal-winning 4x100m freestyle relay on Day 2. It is the ninth Olympic gold medal all-time for Canada in swimming, but just the third by a woman, following Oleksiak’s 100m freestyle gold at Rio 2016 and Anne Ottenbrite‘s 200m breaststroke gold at Los Angeles 1984. 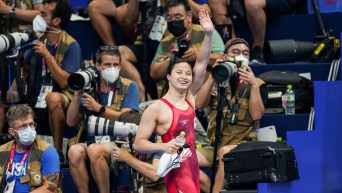 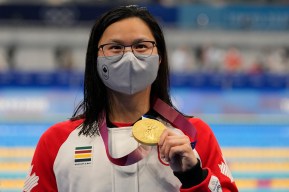 Mac Neil getting used to a new title: Olympic champion