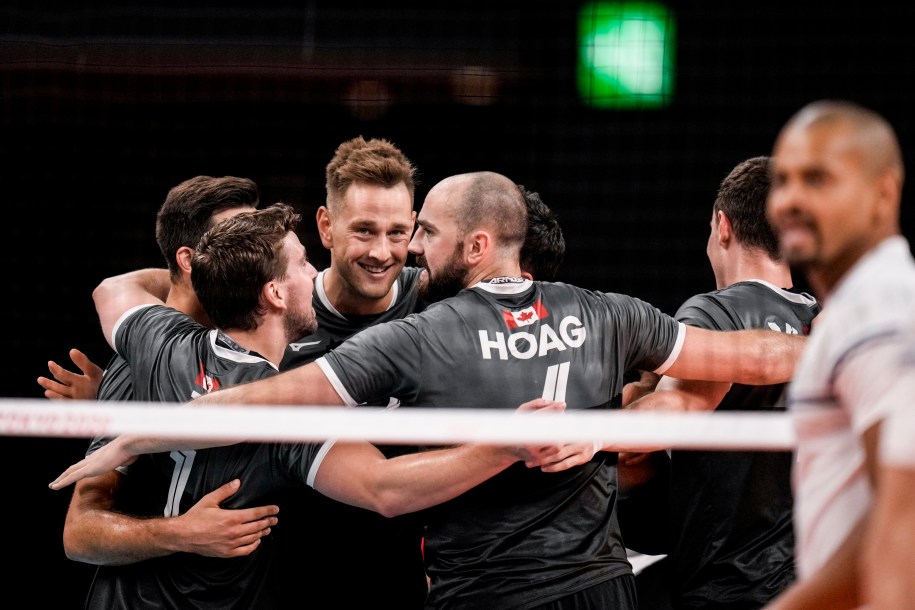 After a rough start at Tokyo 2020, Team Canada’s suddenly got everything to play for in men’s volleyball.

With a 3-0 win over Venezuela on Day 7, the Canadians moved their record to 2-2 in pool play, with one match left to go. It’s Canada’s second straight win, following a straight-sets victory over Iran on Day 5, and builds some crucial momentum ahead of a decisive showdown on Saturday.

Just like against Iran, Canada got off to a strong start against Venezuela, dominating the first set and winning 25-13. Olympic newcomer Stephen Maar led the way with eight points, and put an attack off the Venezuelan block to finish the set.

Venezuela, who have lost all four matches in Tokyo, showed some fight in the second set. But a big block from Nick Hoag turned the tide late in the set, putting Canada up 22-21 en route to a 25-22 win.

Defence was again at the forefront in the third set. Hoag and Lucas Van Berkel completely stifled the Venezuelan attack and Canada cruised to a 25-12 win.

But Canada will face a much stiffer challenge in their final match in Pool A, against Poland (Saturday, 8 p.m. ET). The Poles are the No. 2-ranked side in the FIVB Senior World Ranking, while Canada came into Day 7 at No. 10.

“The Polish team is obviously going to be a bit more physical and a bit more well skilled in the small ball aspects of the game,” said Maar after the match.

“We’re definitely going to have to watch the video and see what kind of tendencies we can pull from that.”

Maar noted, however, that Poland isn’t invincible. They opened the competition with a loss to Iran, whom Canada subsequently defeated.

“Iran’s already showed that they’re quite beatable so for us that’s a great thing to look at,” he said. “Coming off two wins is also pretty nice for us, so we’re going in with a lot of confidence, a lot of energy.”

A win would see them through to the quarterfinals, while a loss could also be enough depending on results in other matches and how the tiebreaking scenarios break down.

But after opening the competition with a pair of disappointing losses, the ability to control their destiny in their final match is exactly what they’d have hoped for.